The heat of the summer often leads to a desire to cool off with a frozen treat! Whether it’s ice cream, water ice, or a frozen beverage, we have some interesting items from our collection to tempt you.

I searched our online catalog and found several versions of a publication with an intriguing title, “Dainty dishes for all the year round: recipes for ice cream, water ices, sherbets, and other frozen desserts,” by S. T. Rorer.

Sarah Tyson Rorer (1849-1937) was an American food writer and pioneer in the field of domestic and dietary science. She was born in Richboro, Pennsylvania, trained at the New Century School of Cookery in Philadelphia, and in 1884, founded the Philadelphia School of Cookery.

In 1886, she published Mrs. Rorer’s Philadelphia Cook Book: a Manual of Home Economies.

The earliest version of “Dainty Dishes” I could find was from 1890, published by the American Machine Company. The introduction states that the manufacturers of the “Gem” ice cream freezer wanted to include a copy of the recipe book with each freezer sold.

I found an American Machine catalog in our collection which describes the same arrangement. Below is an illustration of the “Gem” freezer and some interesting recipes. 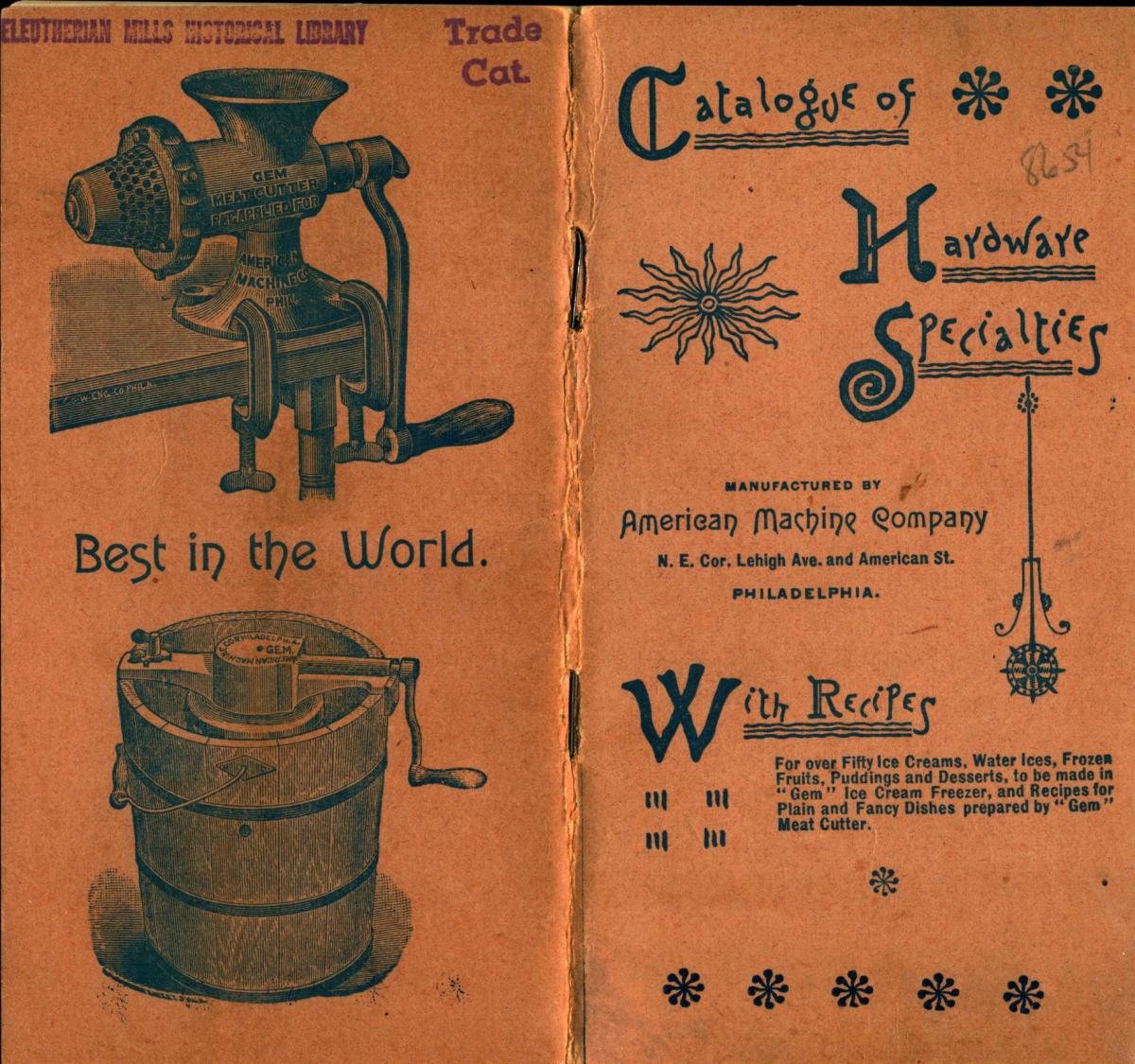 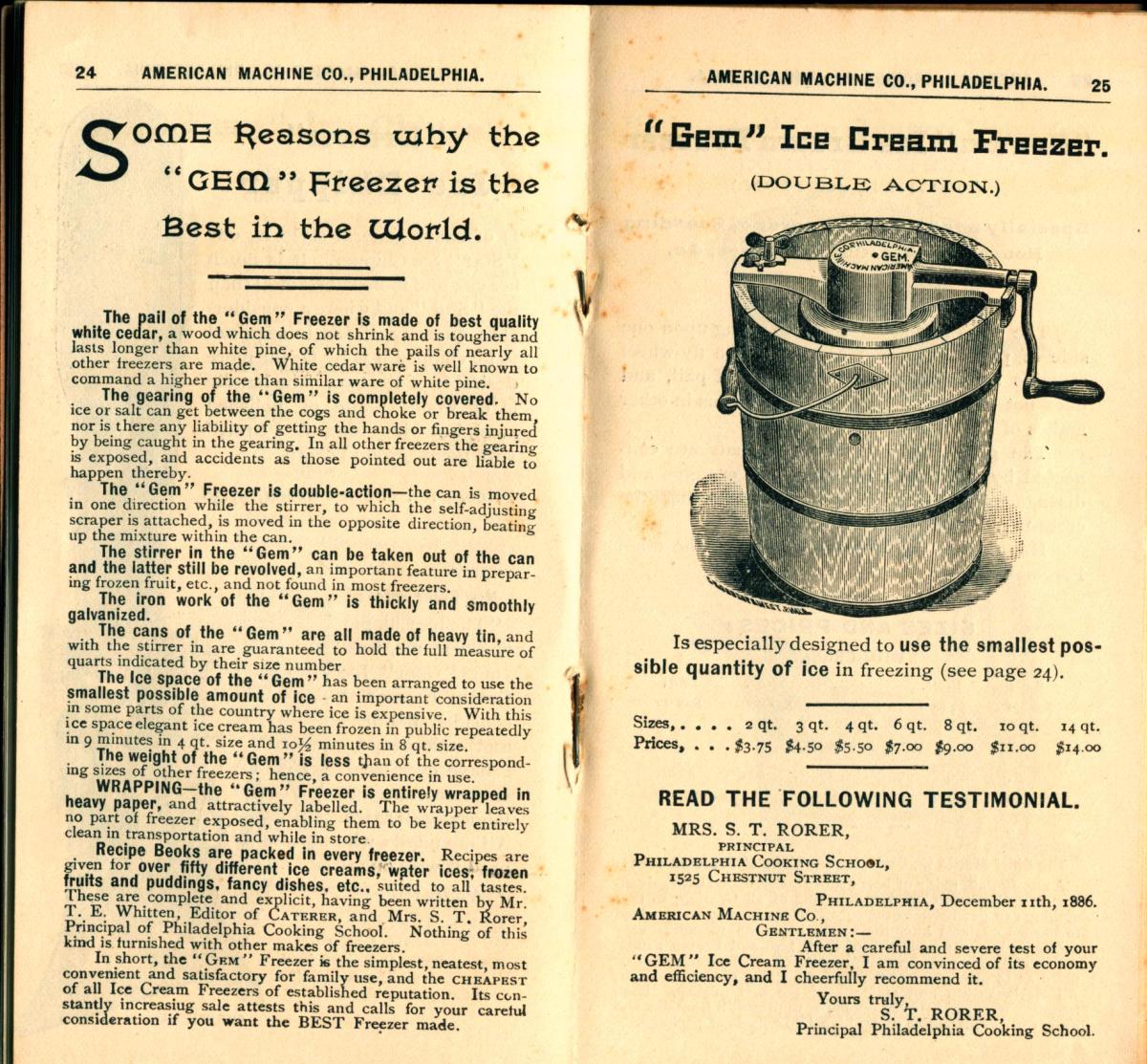 The American Machine Works building was constructed in Philadelphia in 1879 at Lehigh Avenue and American Street. In 1892, North Bros. Mfg acquired the company and its “Gem” and “Crown” brands.

Below are some images of products and recipes from a North Brothers publication circa 1895. 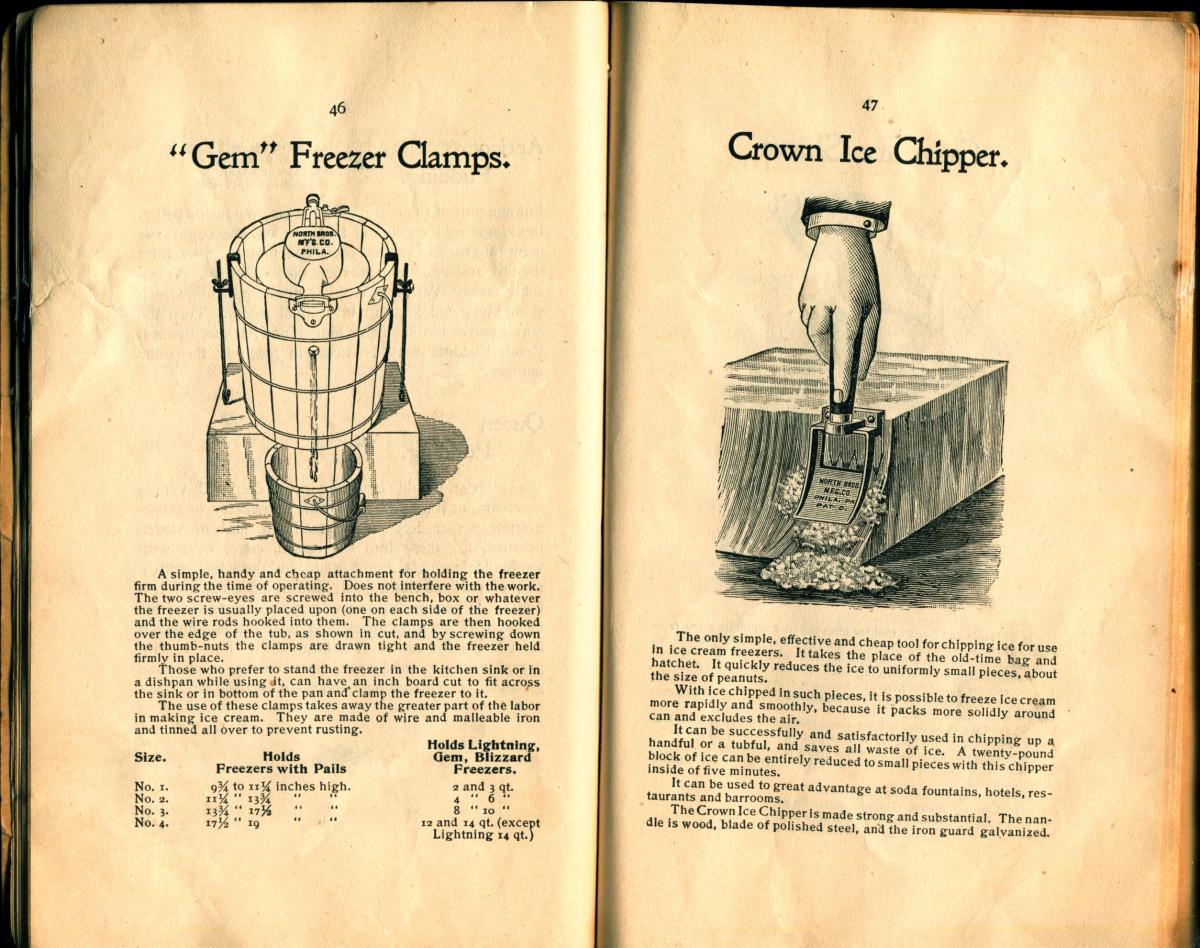 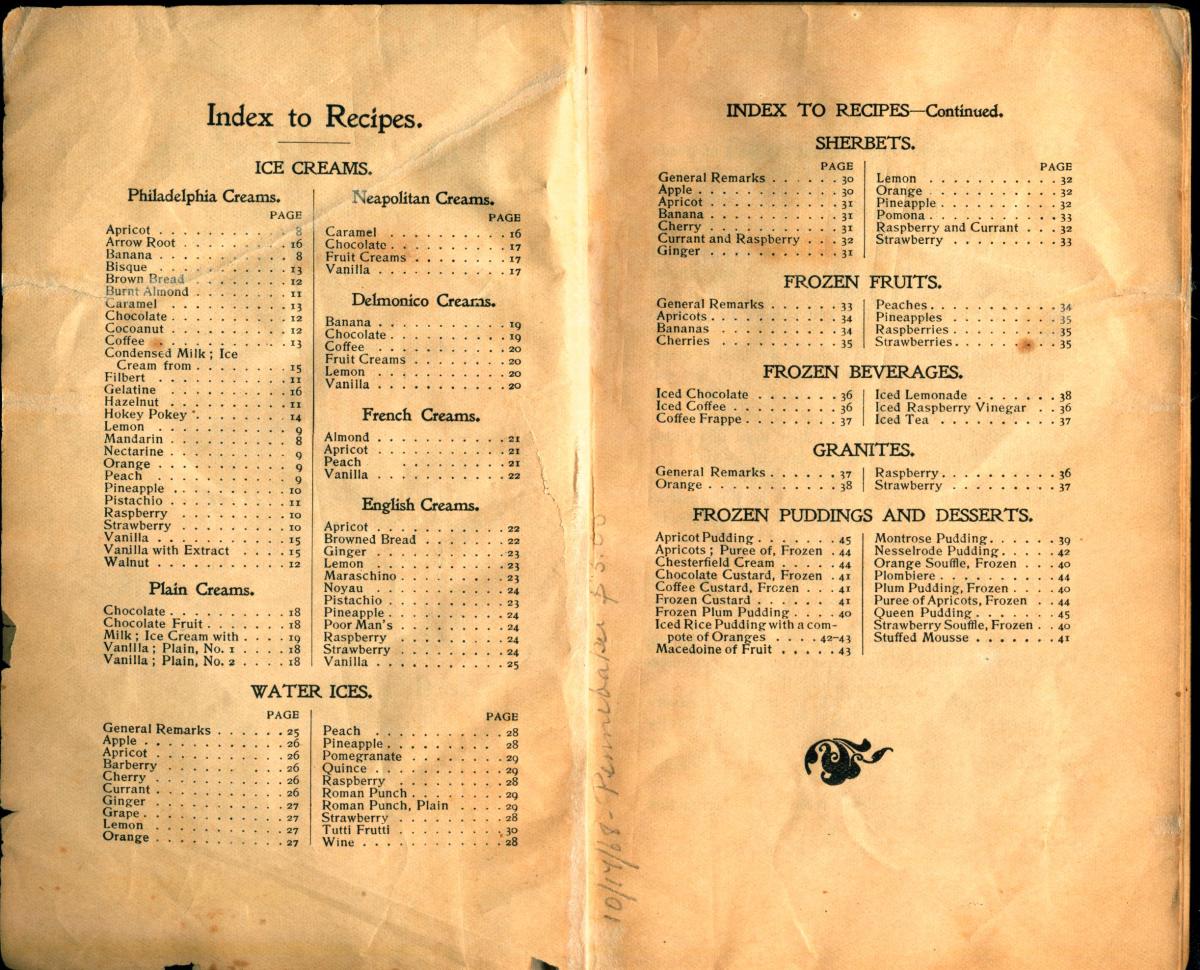 In the 1915 version of this publication, these charming photographs illustrate the process of making ice cream. 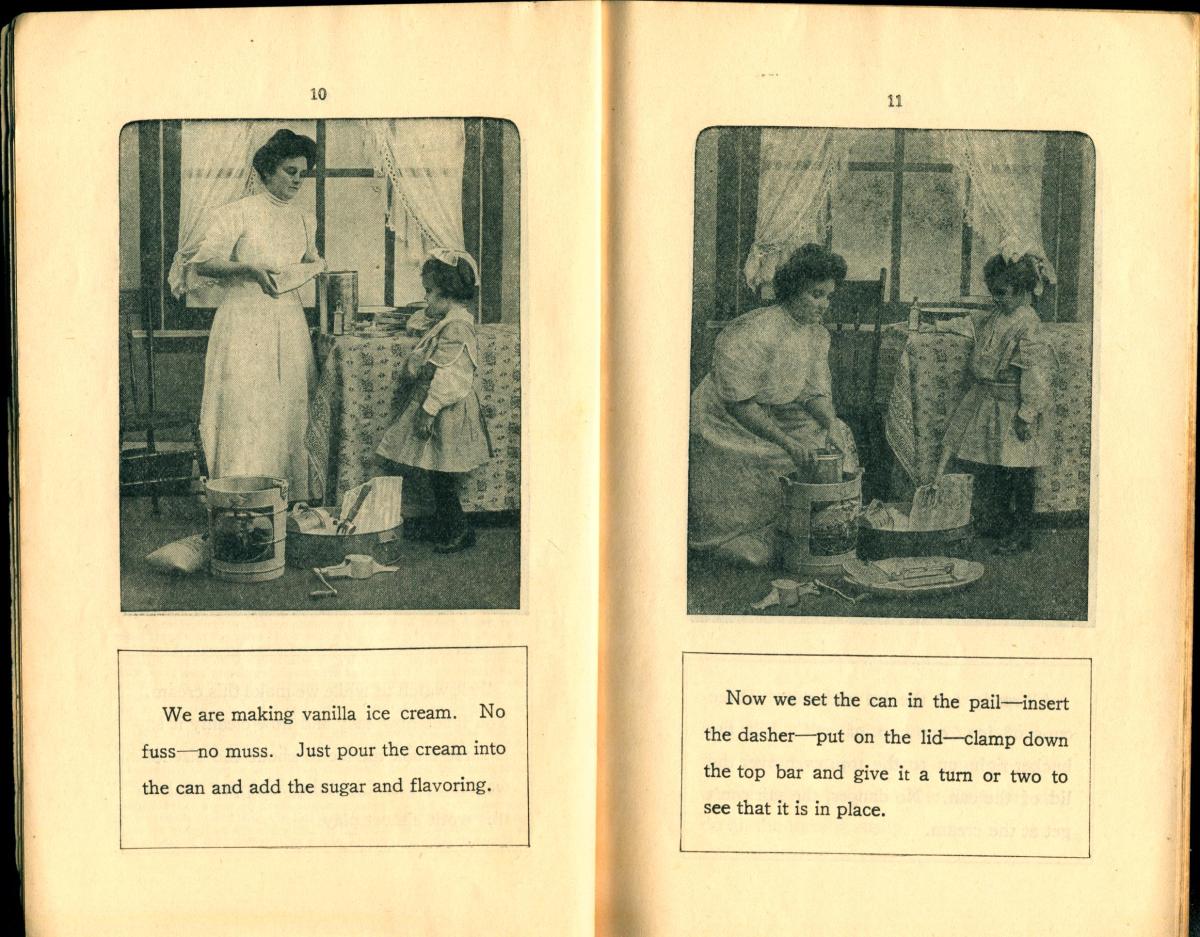 Whew! That looks like a lot of work! I think I need to find something to cool off now!