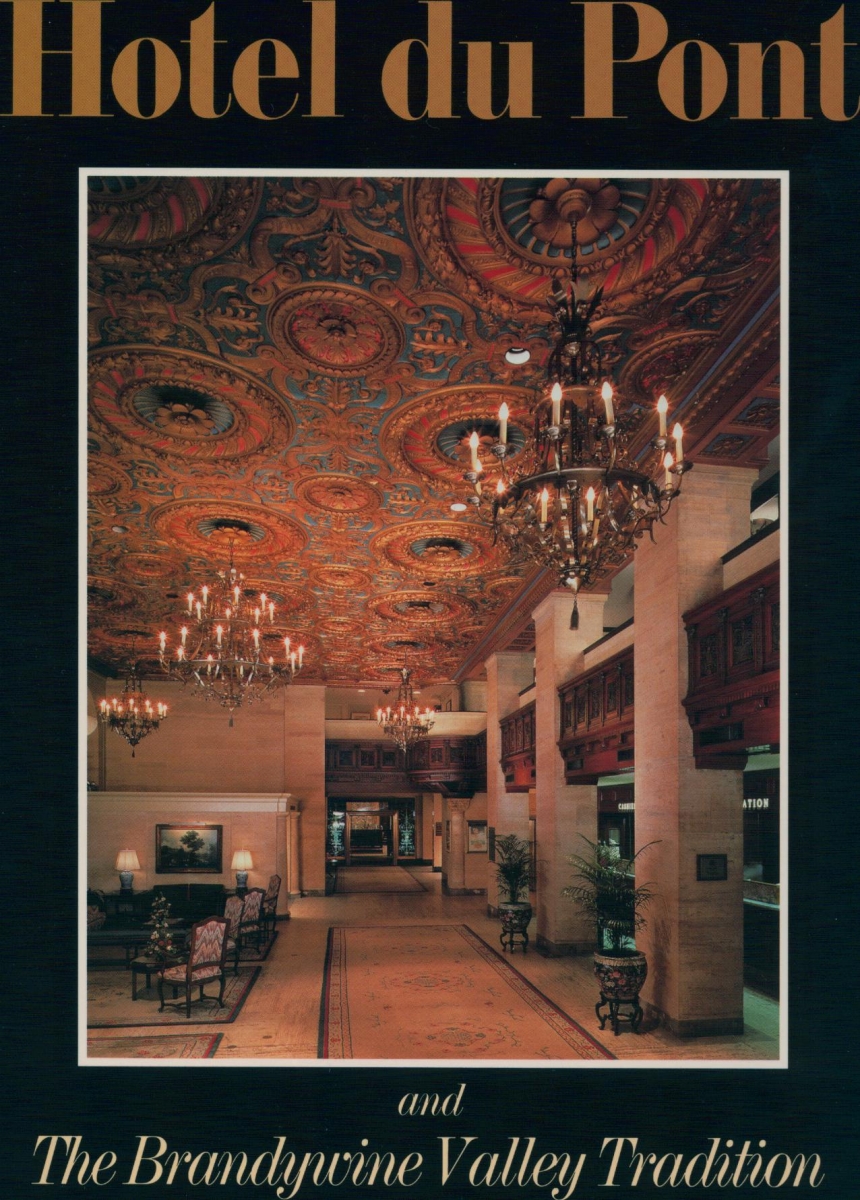 The Hotel du Pont Company was organized on July 2, 1912, for the purpose of operating a prestigious hotel, with 150 guest rooms, within the Du Pont Building in downtown Wilmington. Pierre S. du Pont, one of the architects of the reorganized DuPont Company, was president, and his chief financial assistant, John J. Raskob, was secretary-treasurer. A separate subsidiary The Play House Company built and operated a 1300-seat theater within the same structure. DuPont felt obligated to provide the latest in high-class accommodations, dining and entertainment both for its own executives and those who would visit the city to do business with them.

The Hotel du Pont opened its doors to guests on P. S. du Pont’s birthday, January 15, 1913. Mild weather greeted expectant visitors as they came in electric trolleys, all five taxi cabs, carriages, Pierce Arrows and other grand automobiles. The first group to tour the Hotel was fourteen Du Pont corporate executives lead by General Manager Taite and assisted by Mr. du Pont and Mr. Raskob. During the week more than 25,000 visitors would tour the Hotel facilities.

The Hotel du Pont historical collection, Accession #2597, includes valuable information about the history of the Hotel, its art collection, special events hosted by the Hotel, profiles of the General Managers, details of its interior, news articles and menus from its earliest days.

The hotel's ballrooms and restaurants were the scene of many company and family functions. Notable features were the Gold Ballroom, added in 1918, the Green Room, and the Brandywine Room of 1941. Of special note is the Hotel’s art collection whose goal was to provide a warm and home-like atmosphere in the private and public rooms of the quietly luxurious hotel. The criteria for selection were that the works should be by local Delaware artists or of local scenes. As a result, hundreds of original paintings were acquired by such artists as members of the Wyeth family.

Many well known individuals have visited the Hotel as guests or performers over the years including: Al Jolson, Charles Lindbergh, Edward G. Robinson, Bob Hope, Sir Lawrence Olivier, Elizabeth Taylor and many others, including eight presidents of the United States.

In 1955 the DuPont Company reviewed the future of the Hotel du Pont. Should the Hotel continue, be sold or closed? The company's Executive Committee authorized a study which concluded that a first-class hotel was essential; other hotel chains were not interested in the Wilmington market; and food services were needed, not only for hotel guests, but also for company employees. As a result, a decision was made to modernize the Hotel and bring it up to date. Today the Hotel continues to serve the business, civic and social needs of the community.