As a senior in high school, Paul Culley began working for his brother Ray, President of Cinecraft Productions, before being inducted into the military. He resumed work at Cinecraft after his discharge from the Air Force in 1945. When Ray retired in 1970, Paul took over as head of the company. In 1986, his career at the studio ended when he sold the business to Maria Keckan and Neil McCormick, the current owners. 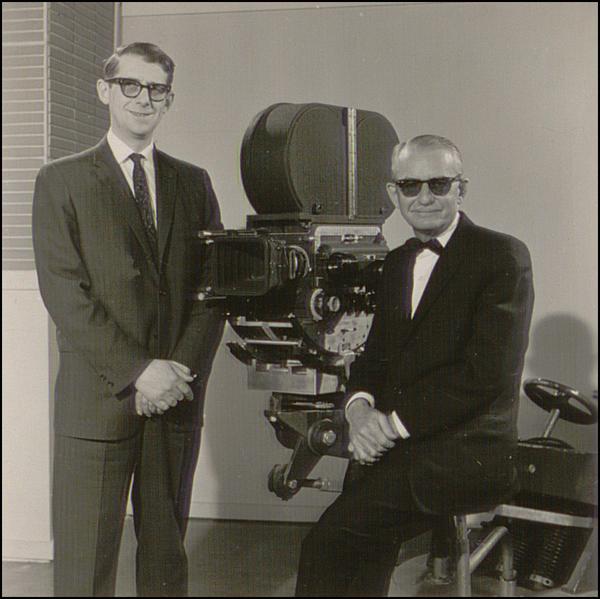 I had the pleasure of meeting Paul's children in pre-pandemic times and enjoyed hearing stories of their father. Like the stories I have heard of his older brother Ray, Paul was a skilled filmmaker, a tireless worker, and, above all, a humble leader.

Hagley recently released a collection of oral histories related to Cinecraft that included an interview with Paul, and Cinecraft Executive Producer, Bob Haviland, recorded in 1999. In the interview, the duo spoke about the history of Cinecraft and projects they worked on through the years.

Paul's first job for Cinecraft came during the Second World War when he assisted in making films for the Navy in Florida (Hagley recently found and purchased one of these films on eBay). His brother Ray made a case to the draft board that Paul's work on military films made him a critical worker and ineligible for the draft. Unfortunately, he did not convince the draft board, and Paul reported for basic training in Biloxi, Mississippi, in 1943.

In the interview, Paul summarizes his time in the military is as follows: "I took off and went into the service and then I came back after the service." An understated summary considering the astounding story about his time as a flight engineer on B-17 Flying Fortresses. Luckily for us, at the age of 75, he wrote a memoir. The memoir details his early life and recounts the story of his brother attempting to keep him out of the military. The bulk of it describes his time in the Air Force and his fantastic tale of survival during the war.

On his first mission as a crew chief in a B-17 flying from a base in Italy on a bombing run over Munich, Germany, antiaircraft fire disabled the plane, and the entire crew had to bail out. He spent six weeks avoiding German soldiers while under the care of the Yugoslavian underground. He eventually made his way back to Italy, where he continued missions over Germany.

On his seventh mission, his plane was hit by antiaircraft fire, forcing him and his crew to bail out again. This time, German soldiers captured him and his crewmates. Hobbled by a broken ankle he suffered hitting the rocky ground in his parachute; angry Germans drew on him multiple times. He spent four months in a German prison camp before liberation by American forces. He went to England and then returned to America, where he was discharged from the military.

In both cases, after being shot down, Paul's mother received a telegram informing her of her son's missing in action status. The story had a happy ending in both cases, but it's hard to imagine what Mrs. Culley went through while waiting for word on her son.

Paul's memoir ends with him starting work at Cinecraft just a few days after returning home. He would go on to work forty-one years at Cinecraft. First as a soundman and later as head of the company. While we rarely see Paul's name listed in the credits on Cinecraft films, we know he worked on hundreds of productions. As the soundman, he exceeded the capabilities of 16mm film by producing sync sound and created high-quality soundscapes using rudimentary equipment.

As head of the company, Paul led Cinecraft through the 1970s when most industrial film producers folded under the pressure of a troubled American economy and technological change. He led the transition to video when Cinecraft acquired its first video system in 1977. A decision that allowed the company to survive into the 1980s and beyond.

While I never had the chance to meet Paul in person, I get the sense that he would scoff at such praise, but I am grateful for his efforts and thrilled to have the opportunity to assist in preserving his work for future generations.

A big thank you to Jim Haviland who conducted the interview with his grandfather, Bob Haviland, along with Paul Culley and Neil McCormick in 1986. And a thank you to Neil for allowing Hagley to share the interview with our research community. You can watch the full interview as well as additional interviews about Cinecraft history in our recently released oral history collection.

You can read Paul Culley's memoir in its entirety in the Hagley Digital Archives. A big thank you to his family for allowing us to share his amazine story.