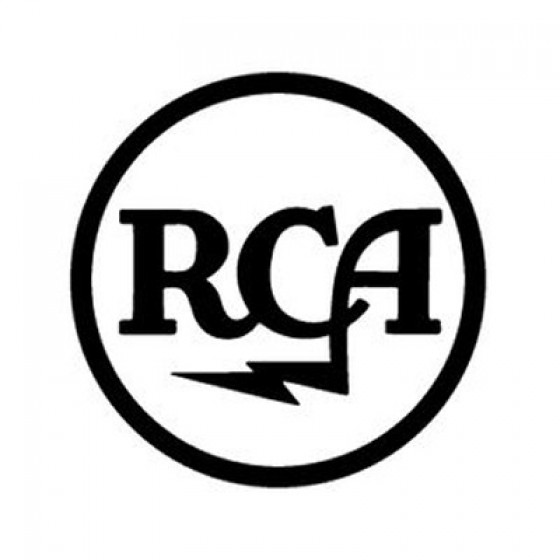 This week, one hundred years ago, the Radio Corporation of America (RCA) was incorporated in Delaware. It was midwifed by the U.S. Navy, which after World War I wanted to ensure American access to strategically important radio intellectual property for its growing ship-to-ship and ship-to-shore communications network. Incorporation occurred on November 17, 1919. Three days later, RCA absorbed all of the assets of the Marconi Wireless Telegraph Company of America and signed a cross-licensing and patent-sharing agreement with General Electric.

One of the employees transferred from American Marconi was a 28-year-old Belarusian Jewish immigrant named David Sarnoff. Sarnoff had been working for American Marconi since 1911, and by 1917 had worked himself up from office boy to manager of the company’s Commercial Department. After RCA’s formation, Sarnoff aggressively moved on his vision for radio (which he had developed by 1915), shunning the orthodoxy of point-to-point communication in favor of broadcasting—a “radio music box,” as Sarnoff put it to RCA’s General Manager Edward Nally. However, Nally wanted RCA to focus on the international point-to-point communications market, exemplified by RCA’s opening of its main radiotelegraphy station on Rocky Point, Long Island, which also served as its first laboratory.

But in a series of moves coordinated with RCA’s board chairman, Owen Young, Sarnoff succeeded in promoting his vision for radio. Shortly after RCA’s creation, Sarnoff built up an RCA patent pool with AT&T, Westinghouse, and United Fruit Company, a move that led to his promotion to RCA General Manager. Within two months, RCA broadcast the 1921 Jack Dempsey vs. Georges Carpentier fight from Jersey City, making clear to the public the possibilities of broadcasting.

Sarnoff was passed over for RCA President when Nally stepped down in 1923, but the new president, General James G. Harbord, was highly reliant on Sarnoff to manage RCA’s operations, leaving Sarnoff a free hand to develop his vision. A patent dispute in the mid-1920s with AT&T, which had its own plans for broadcasting, led Sarnoff to turn the confrontation over broadcasting into a win with the creation in 1926 of the National Broadcasting Corporation (NBC) as an RCA subsidiary. Two years later, Sarnoff engineered RCA’s takeover of the Victor Talking Machine Company. The deal turned RCA, once dependent upon General Electric to manufacture radio equipment, into a major manufacturing organization in its own right.

As the stock market crashed, plunging the value of RCA stock, Sarnoff became RCA’s third—and most influential—president on January 3rd, 1930. Ever the shrewd negotiator, Sarnoff persuaded General Electric and Westinghouse to give up their shares in RCA. The maneuver made RCA completely independent, and also unleashed Sarnoff.

Today’s readers are likely to associate California’s Silicon Valley as the epicenter of high technology, even the great hope of American capitalism. But at the start of the twentieth century, that crown belonged to the mid-Atlantic region, particularly the stretch between Philadelphia and New York. During Sarnoff’s lifetime, this strong association of the region with Americans’ folklore of innovation continued unbroken. RCA skillfully—many would say ruthlessly—developed and expanded FM radio and then television (first black-and-white, then color). Its central research and development laboratory, eventually headquartered in Princeton, New Jersey, became synonymous with innovation.

With David Sarnoff’s retirement as RCA’s CEO in 1966 and his death in 1971, RCA slipped into decline. Failed forays into the mainframe computer and videodisc markets, neglect of promising new technologies it was developing (e.g., flat screen LCDs), as well as an attempt at diversification by absorbing businesses far outside its core competencies (e.g., car rentals, TV dinners, carpeting, publishing) all drained the health from the company, and attempts to revive its dominance in broadcasting, media, and consumer electronics in the 1970s were insufficient to save the company. In December 1985, General Electric reacquired its former subsidiary and proceeded to dismantle the company and sell off the assets, keeping only Government Services unit. RCA’s story ended where it began.

This story can be discovered in greater detail at Hagley, which holds the collections of the former David Sarnoff Library of Princeton, as well as the RCA Victor Camden records and photographs. Recently, Hagley acquired the records of RCA’s first major station and laboratory at Rocky Point, Long Island, which will become available for research when processed. We hope to welcome you soon!

Erik Rau is the Director, Library Services at Hagley Museum and Library.​