On May 4, 1904, Michael Buckley, a machinist employed by the Philadelphia & Reading Railway Company (P&RR), was approved and accepted into the company’s newly adopted pension system. At the time his application was submitted, Buckley had been in the service of the company for 37 years and 3 months, earning an average monthly pay rate of $68.98.

Born in Ireland on September 15, 1833, Buckley emigrated to the United States around 1848 and worked for the railroad and related industries for nearly his entire life. He first entered service with the P&RR in 1850 as a machinist at the company’s locomotive shops in Reading, Pennsylvania. Over the next fifteen years, however, Buckley found intermittent employment at the Schenectady Locomotive Works in New York and, upon the completion of the Memphis and Charleston Railroad in 1857, took a job with the company as a machinist.

Moving back to Reading in 1864, Buckley found work at the Reading Iron Company’s Scott Works before returning as a machinist at the Reading shops in 1866 on a more permanent basis. Job stability, when available, was particularly important for Buckley, whose wages would eventually support a wife and ten children. 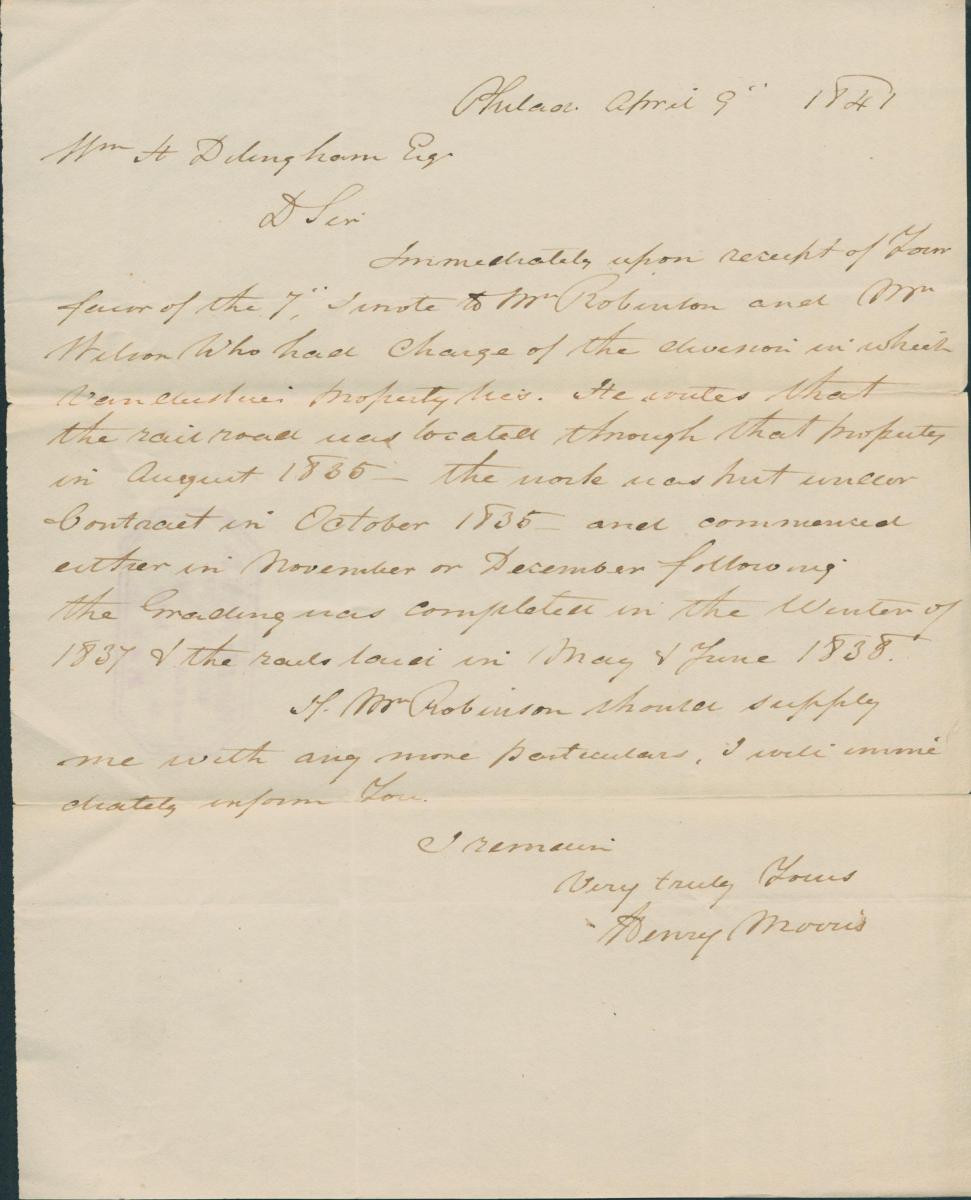 Buckley’s story is typical of many working class Americans in the nineteenth century, reflecting unfavorable working conditions, low wages, and job uncertainty based upon numerous economic and market factors. However, as was the case for many Americans, Buckley’s fortunes began to change as the lifestyle of the working class shifted with the establishment of labor unions, relief associations, and pension systems in the latter half of the nineteenth century.

As employees garnered increasing representation on the shop floor, machinists and laborers generally saw an increase in wages and enjoyed more expendable income. Though anecdotal, Michael Buckley, saw his wages trend upward despite intermittent fluctuations in periods of economic depression; for example, between 1893 and 1894, he earned an average of $73.86 per month. Between 1894 and 1899 - amidst the worst years of the 1893 economic panic - his average wages dropped to $63.65 per month but rebounded to $79.26 by 1902.

Additionally, workers like Buckley benefited from the formation of relief associations under the auspices of some of the country’s largest railroad companies. In the case of the Philadelphia & Reading, representatives and employees of various P&RR divisions organized the Philadelphia and Reading Relief Association in 1888, where those employed by the company voluntarily contributed to the relief fund, with the company matching 10% per year up to $1 million, with 5% thereafter.

The fund entitled payment to employees and their beneficiaries on the occasion of a disabling injury, sickness, or death. Fourteen years later, the P&RR became only one of sixteen railroad companies in the nation to adopt a voluntary pension program for its employees. The P&RR had an initial enrollment of eighty-nine members. 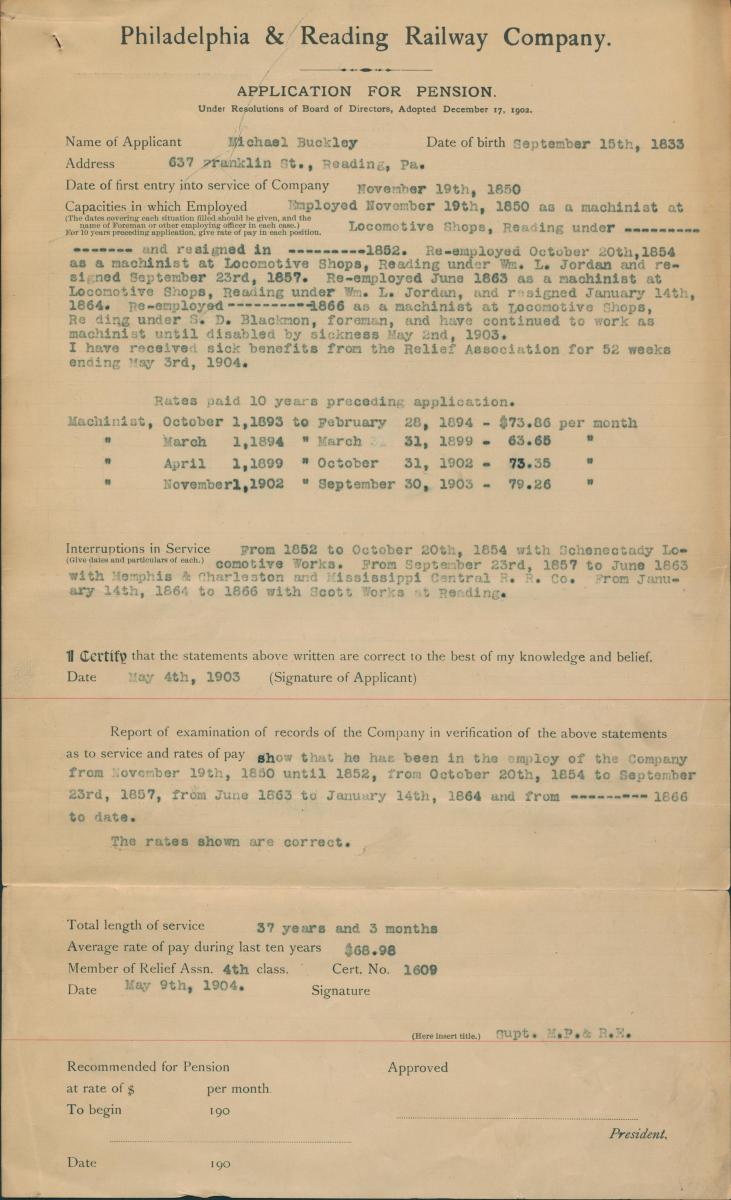 Buckley’s employment at the P&RR came to end in May 1903 when he was permanently disabled. Although he originally submitted his pension application in July 1903, he was unable to secure a pension until May of 1904 when he ceased receiving benefits from the relief association. The P&RR subsequently granted Buckley a pension at the rate of $25.70 per month. Upon his death in February 1920, Buckley’s wife Rebecca became her late husband’s sole beneficiary.

Buckley’s story is just one of several that may be extracted from the Reading Company employment and real estate records (Acc. 2176). In addition to the employment records, the collection offers some insight into the construction progress of the Philadelphia and Reading’s mainline after 1835, and sheds light on the company’s general property management and acquisition process throughout the nineteenth century via deeds, maps, and property damage claims due to railroad construction.

For more information on the Reading Company employment and real estate records, please see the finding aid for the collection here.

Clayton Ruminski is the Managing Archivist of the Manuscript and Archives at Hagley Museum and Library.