Imagining the Internet in 1968

In April 1968, William H. Enders of RCA Laboratories submitted “A Proposal for the Framework of a Home Information System (HIS)” to senior staff at the David Sarnoff Research Center (DSRC). This remarkable document provides insight into the crucial process of predicting future technological development in order to guide corporate policy. 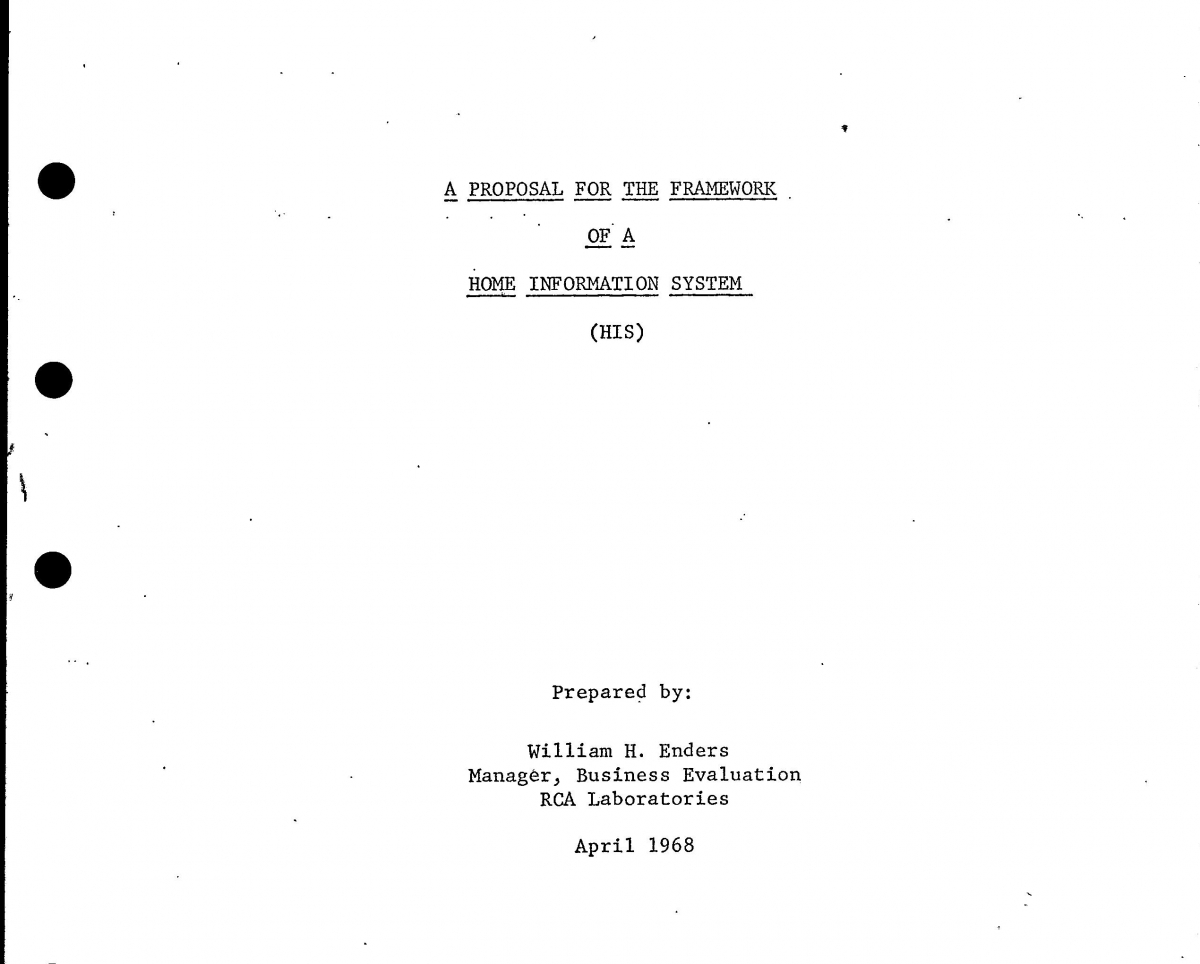 By the time Enders prepared his report, it was clear that the recent revolution in what he called “business information handling” was poised to expand into the home (or consumer) market. This revolution was powered by the rapid development of computers in the past decade or so. What Enders wanted to know was what a home information system (HIS) would look like and how RCA could capture part of the market.

He developed a theoretical model for how a HIS might work for residents of Princeton. Here’s what it looked like: 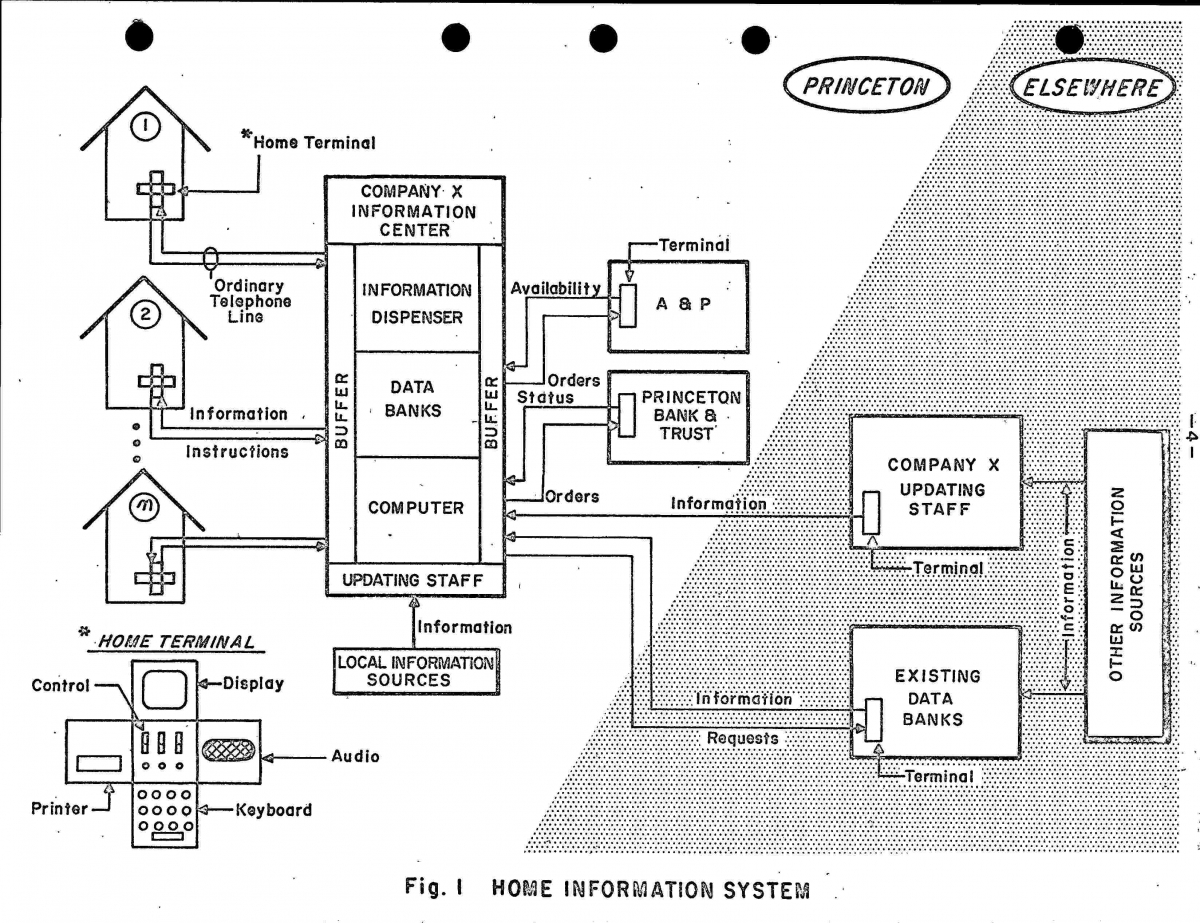 What is striking about the model is how it both resembles and differs from the internet as it developed in the 1980s and 1990s. Keep in mind that this proposal is remarkably early. Packet switching, the technological foundation of the internet, was not demonstrated until several months after Enders’s report. The request for proposals (RFP) for the development of ARPANET (the first incarnation of the internet) was also issued later in the year.

What was this network to be used for? Enders divided the types of services to be offered into three groups (examples in parentheses):

What did he get “right?” (in terms of the internet before the world wide web)

What did he miss?

The biggest difference is his idea that “the basis of HIS is a local system serving a community” (p. 2). As he conceived it, an entrepreneurial company would establish the system to serve an individual community and would collate and distribute the relevant data. This is very different from the highly decentralized internet that would later evolve.  Part of his reasoning seems to have been a concern over the expense that phone connections would entail if information had to be transmitted long-distance.

Of course, it is quite unfair to criticize Enders for not predicting the internet of the 1980s and early 1990s. His report demonstrated a system that could have been developed in the 1970s and 1980s.

It is unclear what impact (if any) this proposal had on RCA. The timing of the report was unfortunate as the disastrous performance of RCA’s business computer division was becoming increasingly obvious by this time and the company would exit the market within five years.

Even if Enders’s report went nowhere at the time, it’s a valuable reminder of the uncertainty and possibilities present when new technologies (and markets) are emerging.

Dan Michelson is a Sarnoff Project Archivist in the Manuscripts and Archives Department at Hagley.