David Sarnoff (1891-1971) was the iconic, even legendary, leader of the Radio Corporation of America (RCA) for most of the company’s history. For many years the only Jewish executive in the communications field, Sarnoff was highly influential in the development of radio and television. 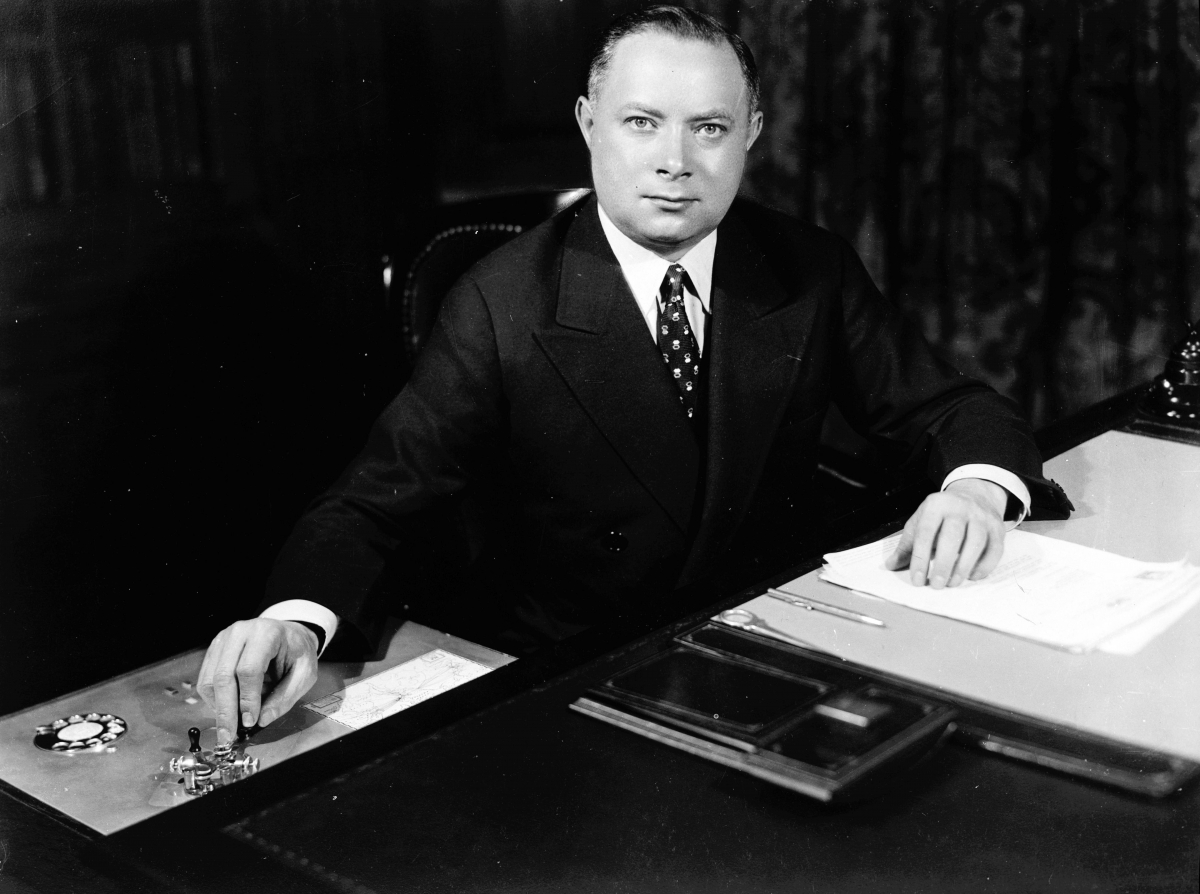 Sarnoff was born on February 27, 1891, in the Jewish shtetl of Uzlian near the Russian city of Minsk. His father moved to New York City in about 1895 and was able to save enough money to allow the rest of the family to join him on Manhattan’s Lower East Side in 1900.

Sarnoff joined the Marconi Wireless Telegraph Company of America as an office boy in September 1906. In December, he met the Italian inventor Guglielmo Marconi and with astonishing rapidity gained his confidence and support. Sarnoff was soon promoted to a wireless operator and served in various roles at shore stations in Massachusetts and New York and aboard ships. 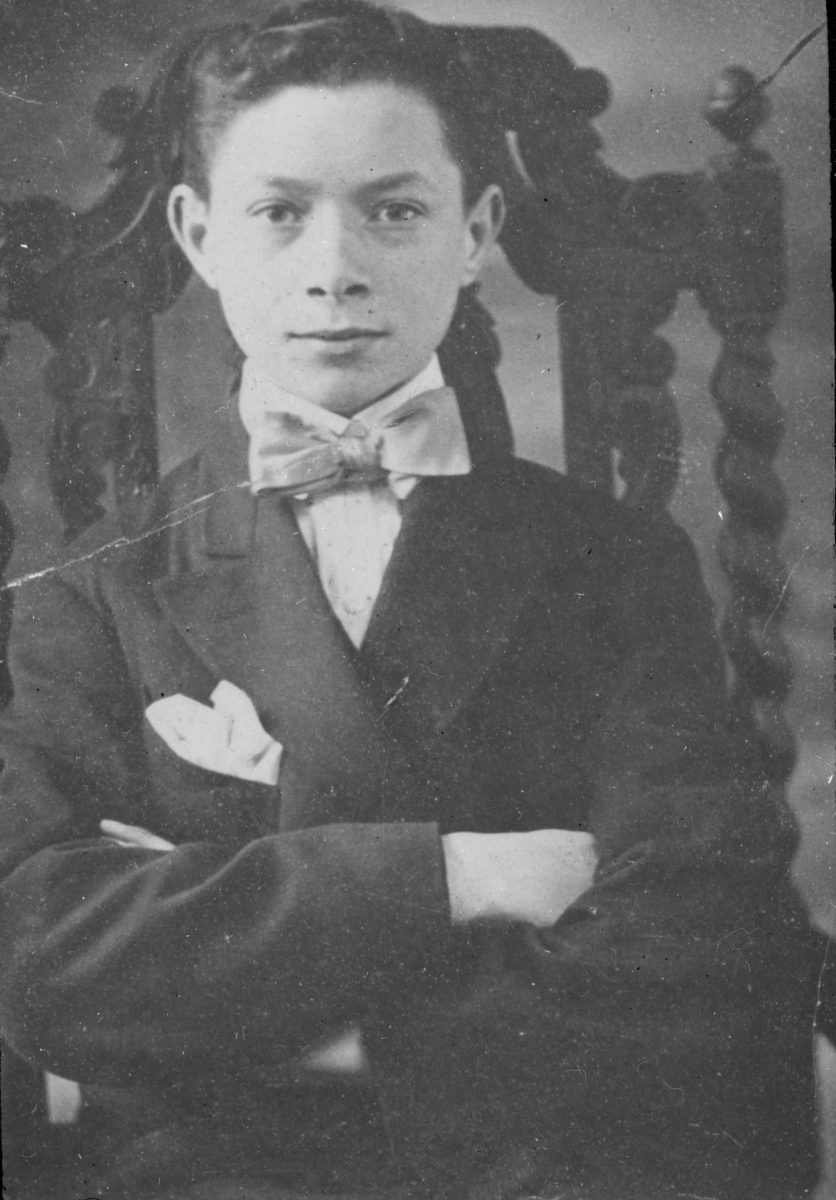 In late 1912, Sarnoff was promoted to radio inspector for the New York District and became an instructor at the Marconi Institute.  Within a year he was made chief radio inspector and assistant chief engineer for the entire company. 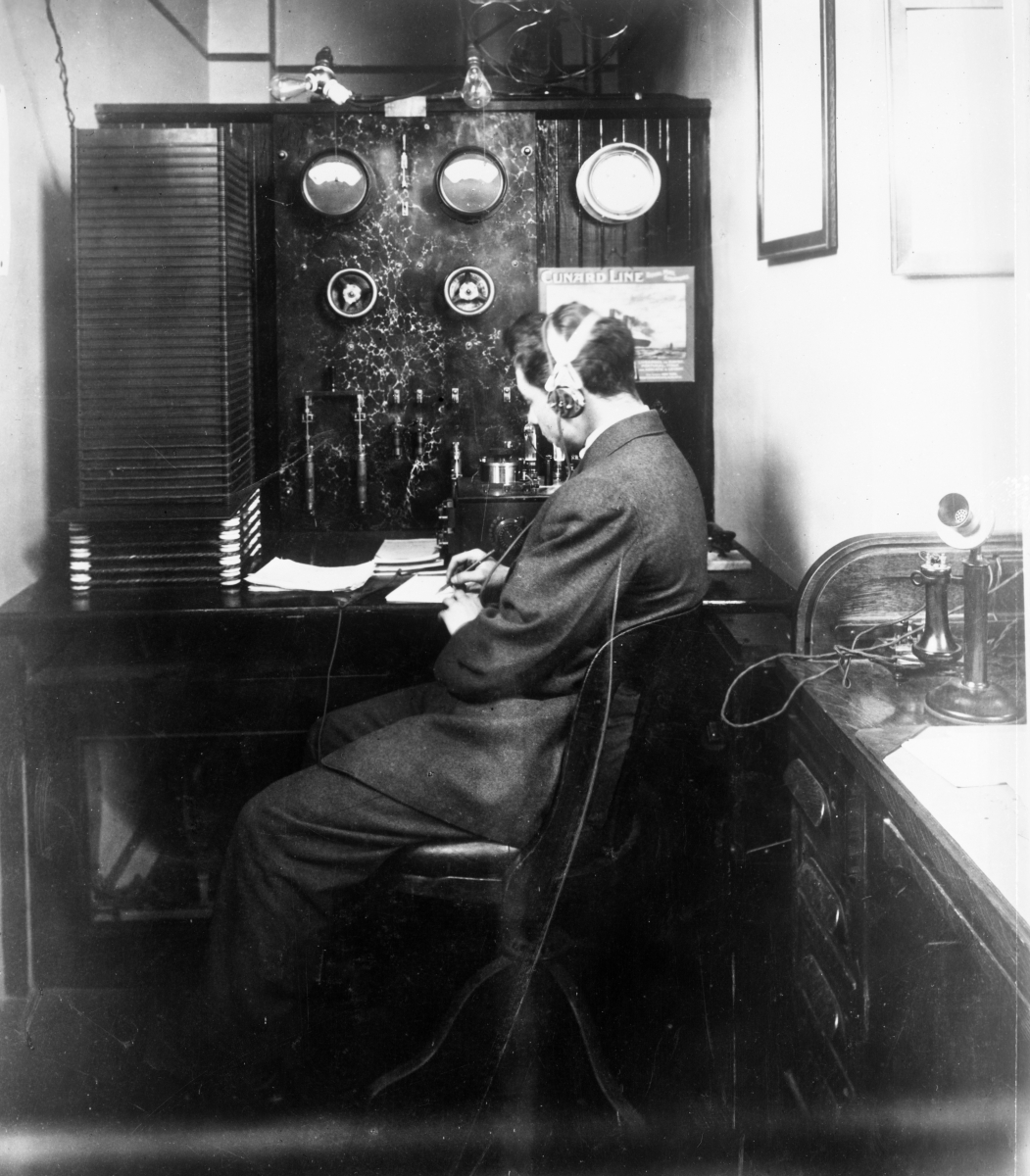 The experienced cable executive Edward J. Nally became the Marconi Company’s general manager in 1914. Unfamiliar with the wireless side of operations, he relied heavily on the expertise of his energetic and ambitious deputy.  Before the year was out, Sarnoff had added the title of contract manager to his position.

In 1915, Sarnoff wrote his famous “Radio Music Box” memo to Nally, which represented a revolutionary shift in the conception of radio. Rather than seeing wireless as a means for one-to-one communication, he imagined it as one-to-many. However, it would not be until the early 1920s that Sarnoff was in a position to implement his ideas. 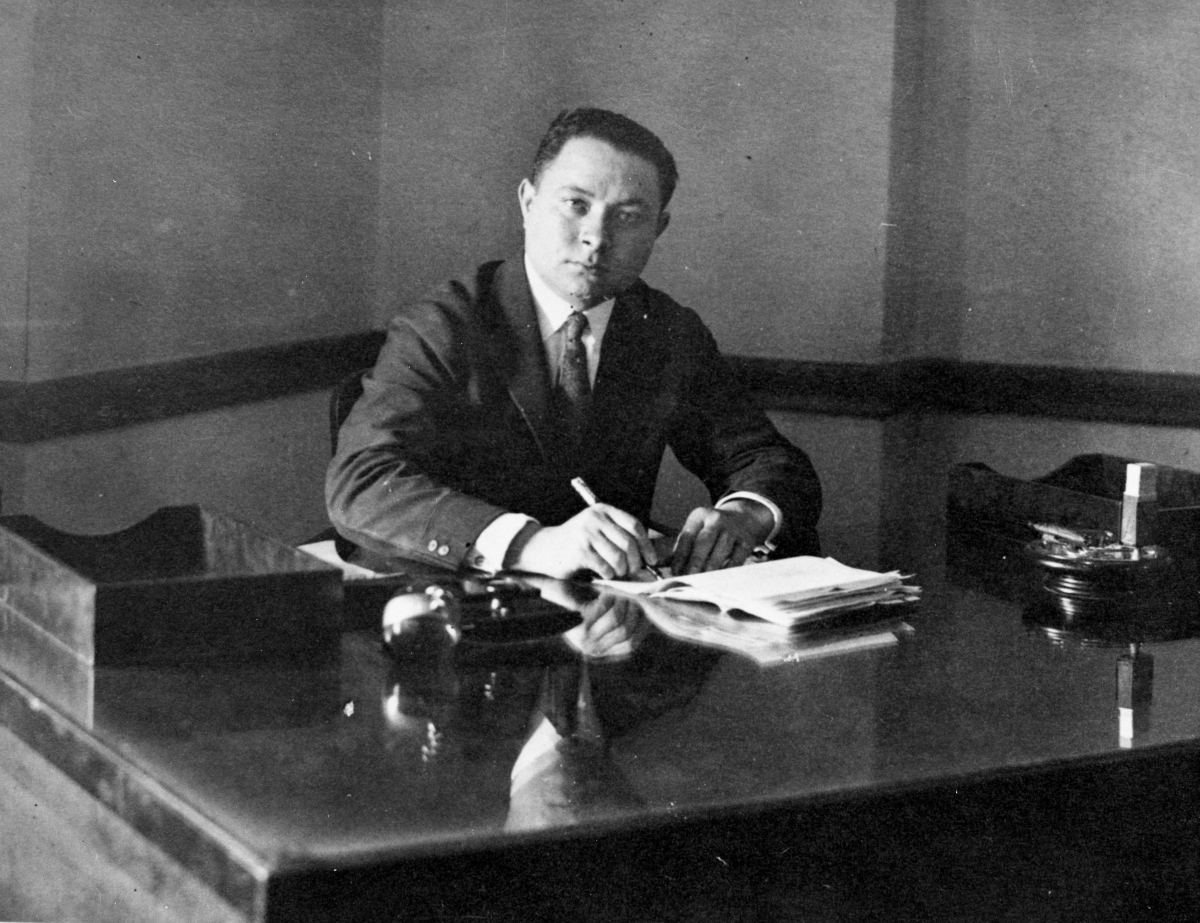 For purposes of brevity, the history of RCA will only be touched on in passing. For an excellent overview of the company’s history, see the historical note to the RCA Victor Camden/Frederick O. Barnum III collection.

Sarnoff became a promoter of having RCA expand into the domestic field in opposition to President Nally and others who wanted to stick to international communications.Chairman Owen D. Young sided with Sarnoff and subsequently made him lead the negotiations with AT&T, Westinghouse, and the United Fruit Company to create the RCA patent pool.

This success, as well as Sarnoff’s increasingly close relationship with Young, resulted in his appointment as general manager in 1921. Barely two months later, he signaled his view of RCA’s future by orchestrating the famous broadcast of the Dempsey-Carpentier fight.

Made a vice-president in 1922, Sarnoff was passed over in favor of General James G. Harbord as successor to President Nally at the beginning of 1923. However, Harbord’s lack of subject knowledge and hands-off management style prevented any conflict with his hard-driving subordinate. The result was that Sarnoff was increasingly responsible for the strategic operations of RCA, as well as its day-to-day management.

By this time, RCA was faced with mounting public opposition to its patent monopoly, as well as the difficultly of enforcing its patent rights. In late 1923, Sarnoff proposed, and persuaded RCA to implement, the idea of providing patent licenses to other companies for a small percentage of the retail cost of the product.

As RCA’s fortunes, and stock price, soared upwards in the mid to late 1920s, Sarnoff proved his adroitness as a negotiator. In 1926, after a complex dispute between AT&T and RCA over radio broadcasting, he successfully negotiated a deal resulting in the creation of NBC in 1926.

Two years later, Sarnoff proposed the takeover of the Victor Talking Machine Company. This deal, which turned RCA into a manufacturing power in its own right, was delayed as Sarnoff spent five months in Europe as Young’s assistant on the Committee of Experts, which had been formed to address the German war reparations crisis that was crippling the German economy. He played a key, although then unnoticed, role in the protracted negotiations that resulted in the celebrated “Young Plan.”

The 1929 stock market crash ruined RCA’s stock price and the assets of Chairman Young. Likely as a result, Young stepped down as chair in favor of President Harbord. Sarnoff, who had gotten out of the stock market before the crash, was elected as RCA’s third president on January 3, 1930. Now possessing the title to match his control of RCA, Sarnoff was faced with the daunting task of guiding RCA through the Great Depression.

This is the first of a two part article, read part two by clicking here.