My dissertation project, “Checking Out of Urban America: Supermarkets, Segregation, and Late-20th Century Racial Capitalism,” seeks to transform our understanding of why and how supermarkets abandoned Black and working-class neighborhoods in U.S. cities. A key facet of my project examines the midcentury marketing and consumer research surrounding the U.S. grocery business. With the support of an exploratory research grant, I found several important sources at the Hagley Museum & Library that bring the methods and conventions of consumer research into sharper historical focus.

Perhaps the most illuminating to me were the papers of Ernest Dichter, a prominent marketing thinker and researcher during the mid-20th century. Dichter was an important figure and is sometimes credited as one of the first to introduce elements of psychoanalysis into research on consumer motivation. The projects he devised had particular relevance for grocery retailers and early supermarket chains. 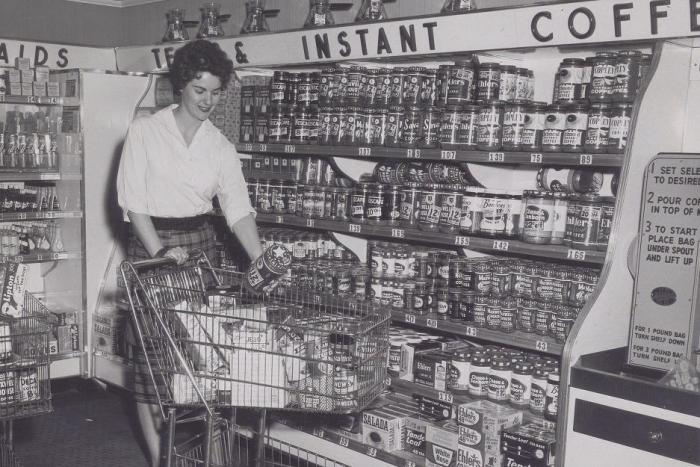 At the Hagley Library, I discovered that as early as the 1940s and 1950s, Dichter had drafted proposals to study consumer psychology for the grocery chains Jewel Tea and Alpha Beta Food Market. This finding was a bit surprising yet enlightening. I've traced many of the other marketing professionals and they do not begin to use psychological research to segment consumers until the early-1960s. Dichter’s Institute of Motivational Research partnered with the New York Times and the A&P chain a few years later to conduct a series of shopper workshops in which he attempted to categorize grocery shoppers into personality types based on the observations and responses of participants.

Dichter’s methods caught on with U.S. retailers and manufacturers only to a degree; by the mid-60s, they were considered by firms and others in the marketing field to be experimental and less rigorous than studies produced by larger marketing firms and at universities. But his papers corroborate the interest shared by large and expanding grocery outfits in better understanding consumer behavior and in appealing to the “right kind” of shopper. By the mid-60s, other market researchers began to incorporate racist ideas of cultural and psychological deviance and cast Black consumers as distinguishable from white shoppers and less suitable for modern mass retail, abetting stores abandonment of predominantly Black neighborhoods from the 1960s forward.

James McElroy is a PhD candidate in history at the University of Minnesota. In support of his research, McElroy received an exploratory grant from the Hagley Center for the History of Business, Technology, & Society. ​