Geist & Geist, Inc., was a manufacturer of women's knitwear products, typical of the small, flexible family firms that predominated in New York City's famous Garment District, centered along Seventh Avenue between 34th and 40th Street, for much of the twentieth century.

Geist & Geist, Inc., was founded in the 1920s by Charles Geist (1892?-1955) and Feivel Geist (1884-1977), sons of Jewish immigrants from what is now Poland. Charles was the salesman while Feivel managed the production. Charles made trips to Paris, London, and Scotland beginning the in the late 1920s. In addition to these trips, Geist & Geist had correspondence (reports on seasonal fashion collections, sketches, etc.) with fashion designers and companies in Paris, France. The company originally focused on making jersey sweaters. In the 1930s, Geist & Geist used Lastex to make bathing suits in addition to their knitwear. 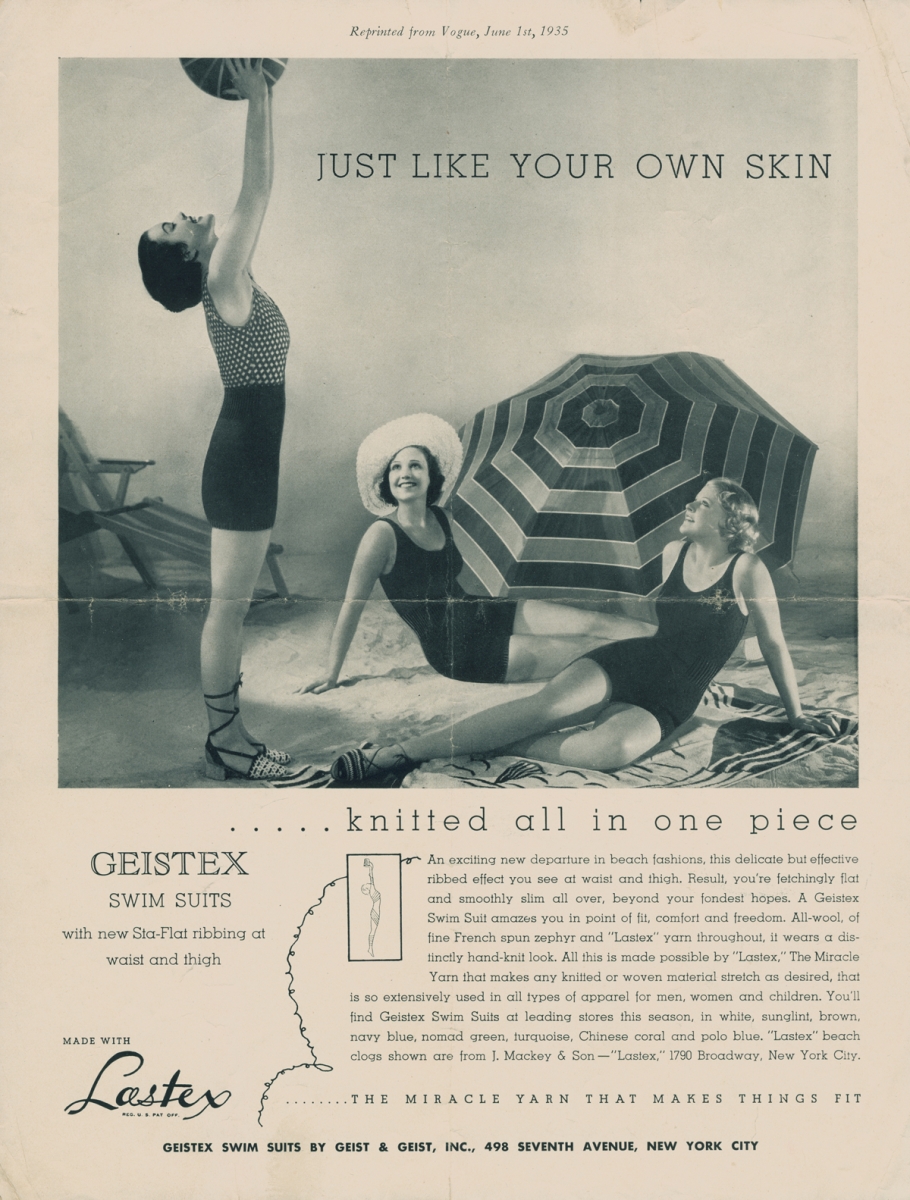 In the 1930s, Geist & Geist became members of the Fashion Originators Guild of America (FOGA), an organization created during the Great Depression to stop design piracy in the fashion industry. Manufacturers of women's clothing and textiles used the Guild to register their clothing designs and then boycott retailers who sold clothes found to be copies of these designs. Geist & Geist, Inc., began registering designs with FOGA in 1934. The Federal Trade Commission held FOGA to be in violation of the Sherman Antitrust Act of 1890 and issued cease and desist orders against the Guild. FOGA appealed to the Supreme Court, which in 1941, upheld the FTC's ruling that the Guild did indeed violate the Sherman Act by its use of group boycotts and monopolistic practices. 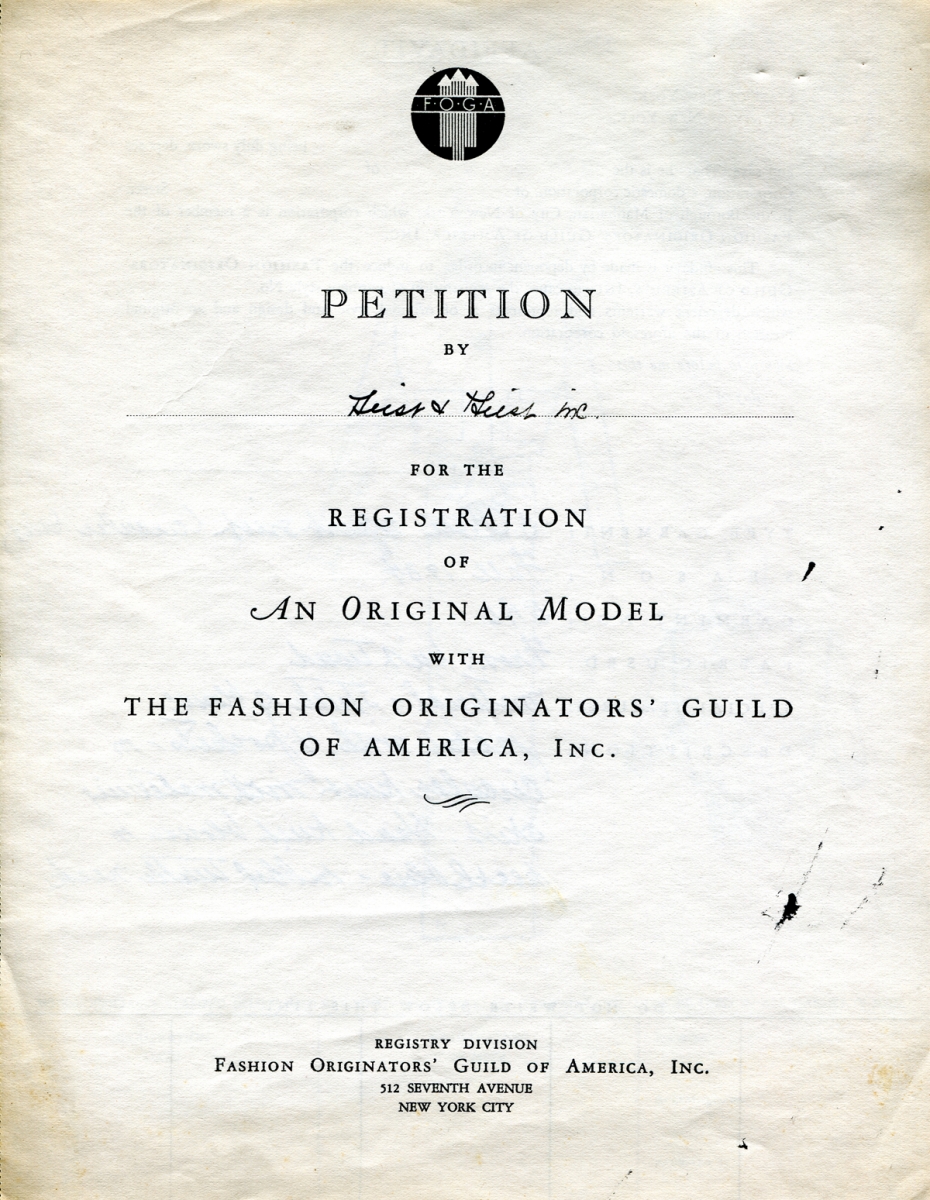 Feivel Geist retired in 1939. His son, Meyer J. "Mike" Geist, (February 22, 1922 - January 16, 2013), spent two years at the McDowell school of Costume Design learning all aspects of the fashion industry such as pattern making and drafting. Mike Geist enlisted in the U.S. Army Air Corps in February of 1943 and ended up as a German prisoner of war. Upon returning from World War II, Mike joined the family business. Mike become the chief designer after the death of his Uncle Charles in 1955 and later made trips to Europe for fashion purposes. By the 1950s the company was producing cardigans, pullovers, hooded sweaters, and college sweaters. In the 1970s Geist & Geist did well with active sportswear and clothes made out of stretch denim. 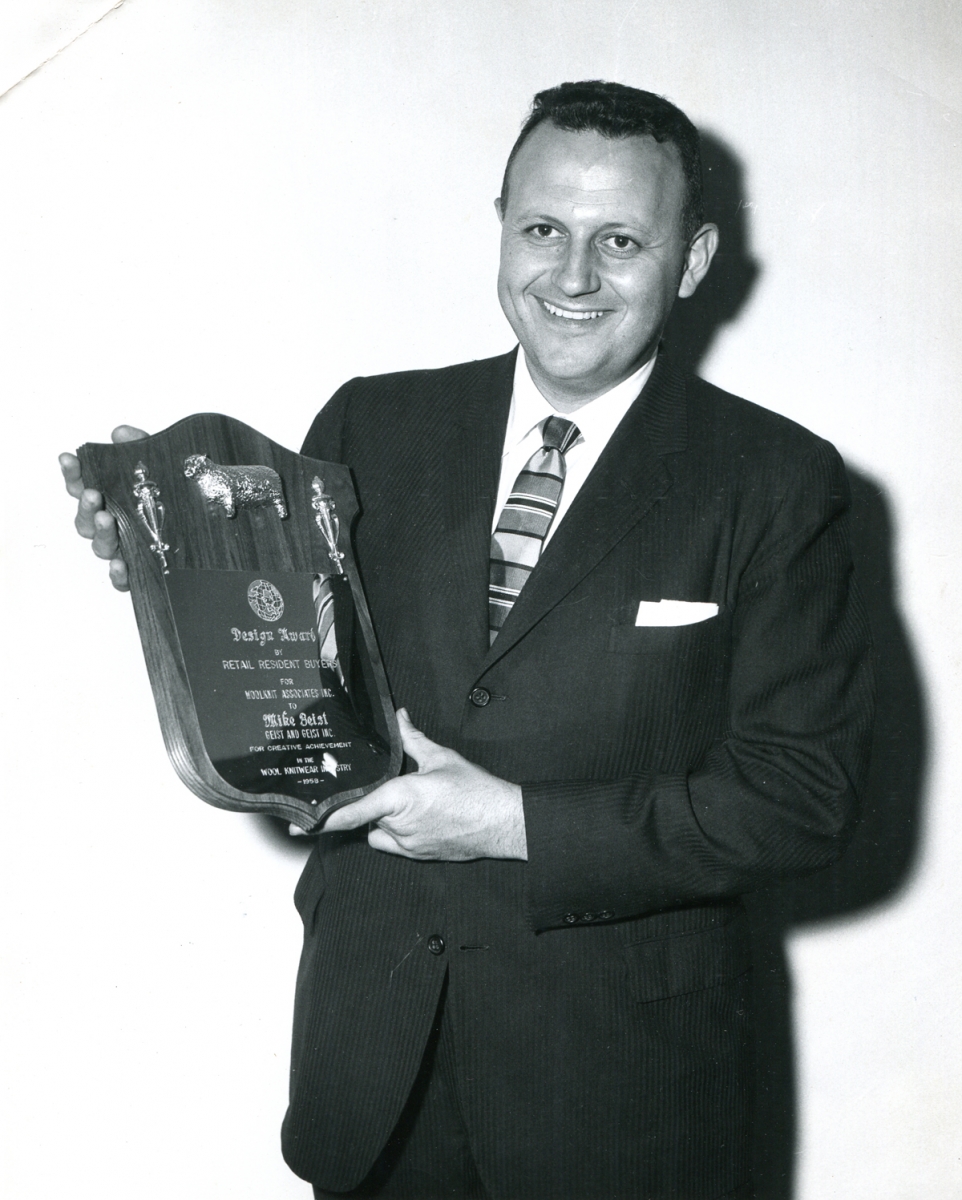 The records of Geist & Geist, Inc., deal primarily with the design and marketing aspects of a New York Garment District manufacturer during the middle years of the twentieth century. The three main aspects of the collection are publicity items/scrapbooks collected by Mike Geist, clothing design sketches, and fabric samples. Also included are business records of the company and records concerning the Woolknit Associates, Inc., a trade association of manufacturers in the wool knitting industry founded in 1939 for the purpose of promoting American made wool knit goods.

View the finding aid for the collection here. Please contact us at askhagley@hagley.org with questions.

Christopher Michael was the intern this summer in the Manuscripts and Archives Department at Hagley Library.