Women, Power, and AT&T: Winning Rights in the Work Place 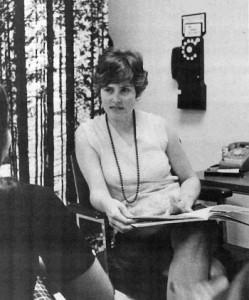 Hagley Museum and Library recently opened the papers of Lois Herr, a significant and effective leader in the fight for women’s equal rights in the workplace.

During her 26-year career with Bell Labs and other units of the Bell System, Herr was a manager with Bell Labs, AT&T, New York Telephone, and NYNEX. She gained the respect of not only her peers, but also that of officers and directors of the companies in which she strived to gain equal rights for women in the workplace.

The senior executives of AT&T were proud of their companies’ record with respect to hiring and training minorities. Herr discovered, however, that there were few women in high managerial positions at AT&T, and she was determined to change the obvious discrimination. The Civil Rights Act of 1964 created the Equal Employment Opportunity Commission to investigate and enforce penalties for acts of discrimination in the work place (other than in federal government which monitored its own).

When AT&T applied to the Federal Communications Commission for an increase in rates in 1970, young lawyers at the EEOC saw an opportunity to intervene. The argument for intervention was supported by the National Organization for Women and other civil rights organizations. The charge was that by discriminating, AT&T was inefficient economically and did not deserve the rate increase. The FCC separated the rate increase request from the EEOC charge and established a separate document to investigate the EEOC’s charges against AT&T.

Understanding that AT&T was being challenged by the federal government regarding issues about which she had also been similarly concerned, Herr and others within AT&T saw an opportunity to join the battle from within the company. AT&T believed that the company had been blindsided by the EEOC. They were proud of their record in hiring and training minorities, but had not realized that their record of unequal employment policies with women and minorities would be challenged.

Indeed, their response to the decree of intervention focused on minorities, not women, until the issue of women’s rights was explained to them in very clear terms. The Petition to Intervene in AT&T’s request for a rate increase was dated December 10, 1970, and the agreement to settle the case was not signed until January 18, 1973. 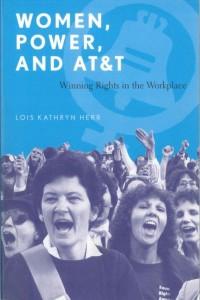 Herr describes the story of the women’s movement and the EEOC intervention in her book Women, Power, and AT&T. The Lois Herr Papers articulate first, the process, step by step, by which Herr and other pioneers of the women’s movement in the United States and the EEOC had influenced changes in corporate policy to create more equal opportunities for women in the work place. Secondly, her papers describe the process by which Herr composed and published her first book.

Her papers indicate meticulous scholarship and persistent advocacy toward the goal of equality for women. Her diligent work and the work of many other pioneers in the women’s movement are well documented in her papers through correspondence, personal notes and collections of informative memoranda and news articles. Herr’s extensive compilation of AT&T and EEOC records are a significant resource for examining the issue of equal rights in the workplace.

Lois Herr donated her papers to Hagley between 2010 and 2012. Click here to view the online finding aid. For additional information about this collection, contact Ask Hagley.

Dave Burdash is a project archivist in the Manuscripts and Archives Department at Hagley Museum and Library.