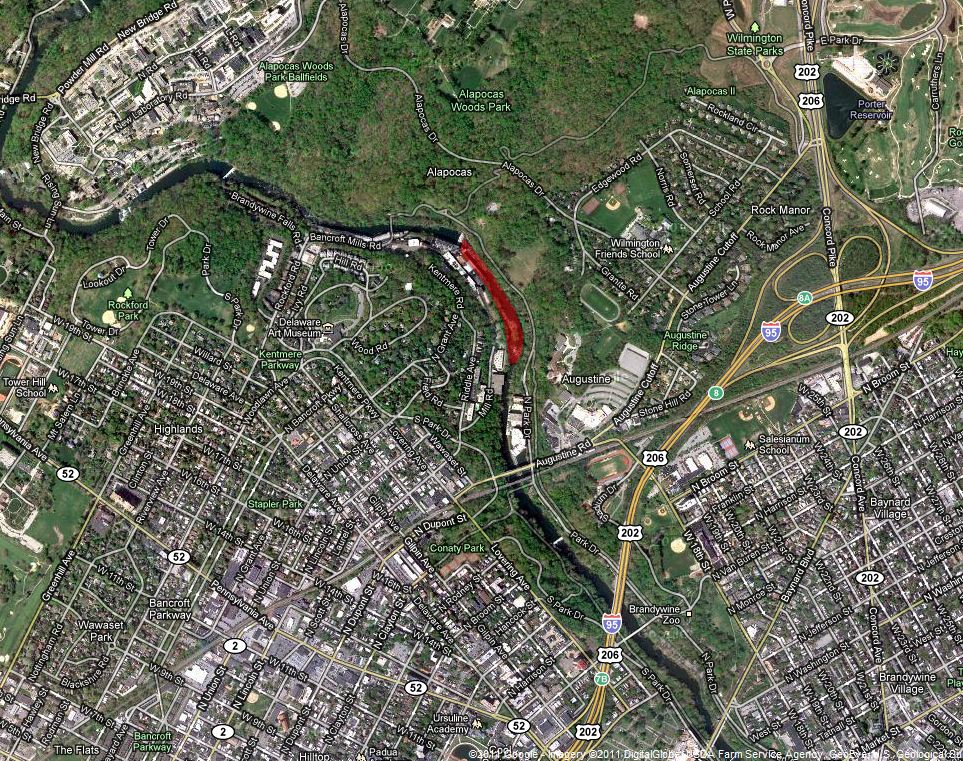 Summary: In operation by 1787, Gilpin's Paper Mill is believed to be the first paper mill in the state of Delaware. Their paper was originally made one sheet at a time, but in the early 19th century, Thomas Gilpin invented a machine to make a continuous roll of paper. He patented his invention in 1816 and the factory put it into use beginning in August 1817. Their paper was used to manufacture the Philadelphia newspaper "American Daily Advertiser," as well as books and atlases.

Beginning in 1812, the Gilpins also operated a woolen mill known as the "Brandywine Woolen Mill." They began processing cotton in late 1821 and also had a foundry and machine shop on the property. A flood on February 21, 1822 caused $15,000 in damage to the cotton and paper mills. Due to high debts, the property was sold to James M. Broome and Thomas Fisher on February 28, 1825, though the Gilpins continued to operate the mills. Disaster struck again when the paper mill burned on March 29, 1825.

The Brandywine Manufacturing Company took over the firm in 1825, and in 1828, Henry Gilpin bought out Thomas Fisher's share of the property.

Elliot, Harrison. The Gilpin Paper Mill on the Brandywine. 1950.