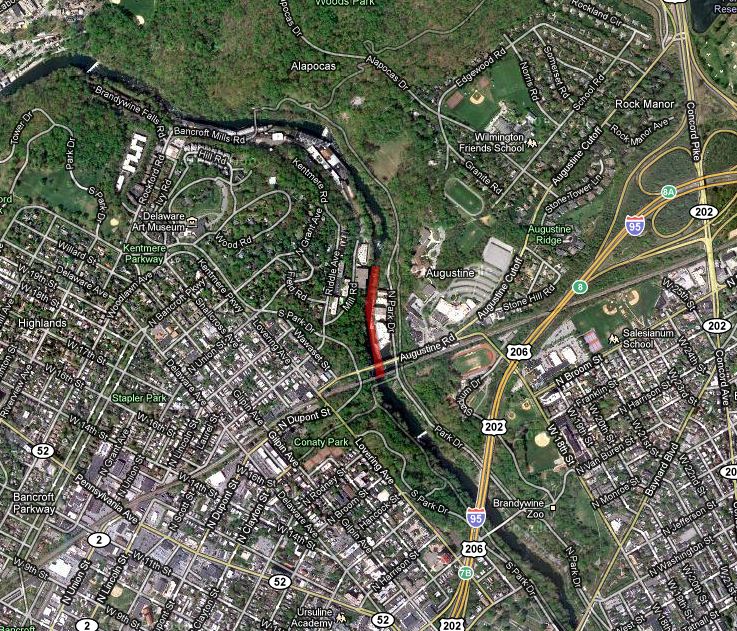 Summary: In 1682, William Penn's deputy, William Markham, gave Jacob Vandever permission to build a grist mill on the Brandywine in exchange for a half-bushel of wheat annually. The mill, which became known as the "old high roof mill," was built on the north side of the Brandywine near plots of land later owned by Benjamin Ferris and Isaac Jones. It is unknown what happened to Jacob Vandever's operation, but it is believed that Thomas Lea later built a mill on this site, possibly in 1757.