We're flashing back to 1900 in celebration of Bicycle Day... 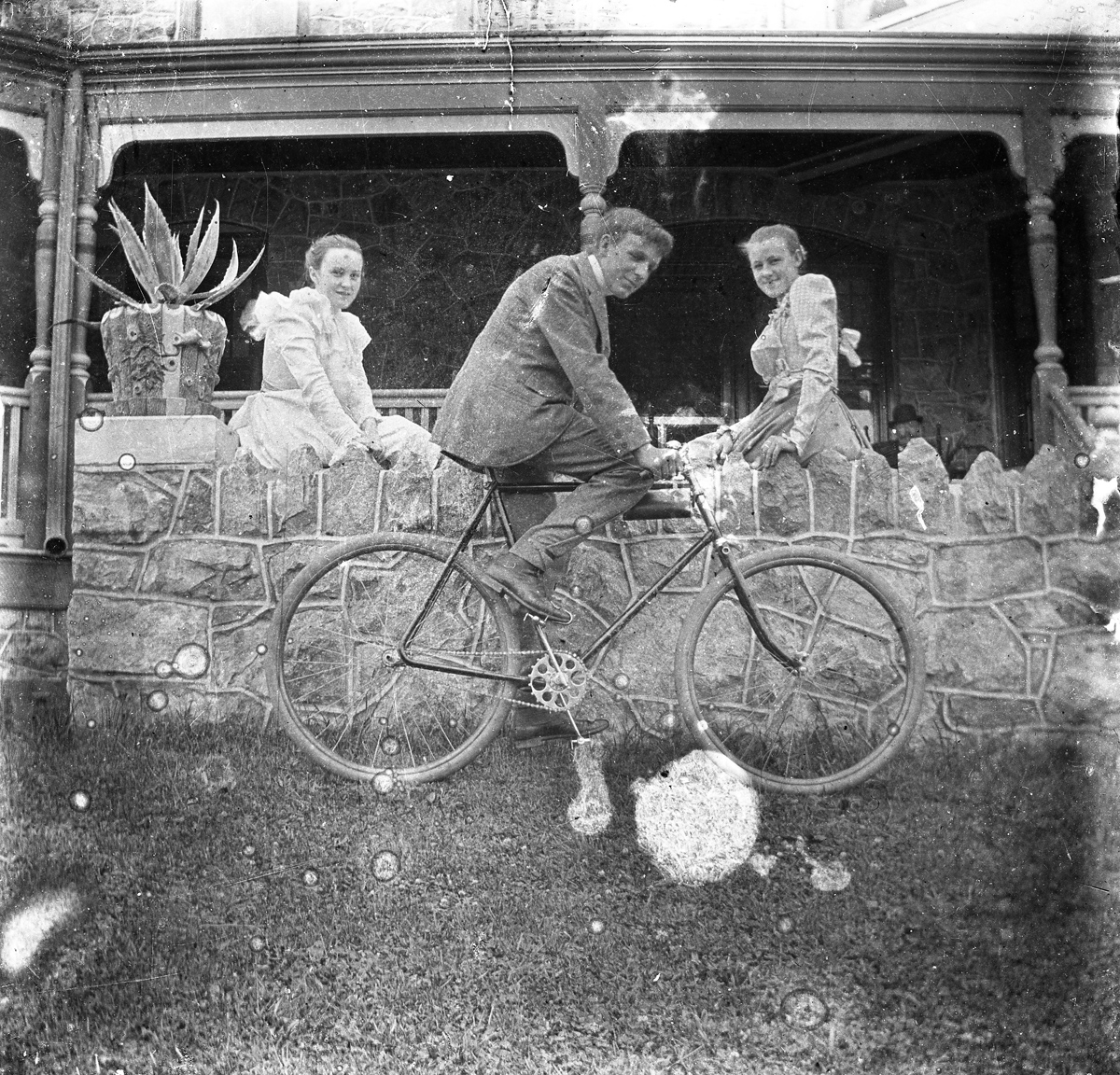 We're flashing back to 1900 in celebration of Bicycle Day, in which the nation unites as one to commemorate a particularly groovy scientific milestone. On April 19th, 1943, the Swiss chemist Dr. Albert Hofmann (1906-2008) intentionally tried out a new chemical compound of his own devising, lysergic acid diethylamide (also known as LSD), and then decided to ride his bicycle home from his pharmaceutical laboratory in the Sandoz Laboratories company in Basel, Switzerland.

Hofmann’s first experiment with the drug had occurred days before, on April 16th. However, Bicycle Day’s founder, Professor Thomas B. Roberts and his co-celebrants chose this later date as, on the first 1985 observance, April 16th was a Tuesday, and Friday seemed like a better day on which to celebrate the occasion.

This glass negative image, taken in 1900, shows J. Warren and Anna Marshall (left) along with an unidentified woman (right), from Hagley Library's collection of Thomas C. Marshall photographs (Accession 1990.270). The Marshall family’s patriarch, Israel W. Marshall (1850-1911), founded the Marshall Brothers Paper Mill in Yorklyn in 1890. The wealth generated by this family business allowed his son, Thomas Clarence Marshall (1885-1969), to become a man of many hobbies, including photography. Joseph Warren (1881–1953) and Anna (1883–1986) were Thomas's siblings.

This Thomas C. Marshall photographs collection has not been digitized in its entirely, but includes more than 1,000 of the approximately 1,100 images from the collection. These images largely feature Marshall family members, friends, and employees. The digital collection also includes images of T. Clarence Marshall's prominent collection of Stanley Steamer automobiles; the Marshall Brothers Paper Mill; the family home, Auburn Heights; family trapshoots; and buildings and landscapes near Yorklyn, Delaware and neighboring Chester County, Pennsylvania. To view it online now, click here.