Here's a #TechTuesday post to get your morning moving ... 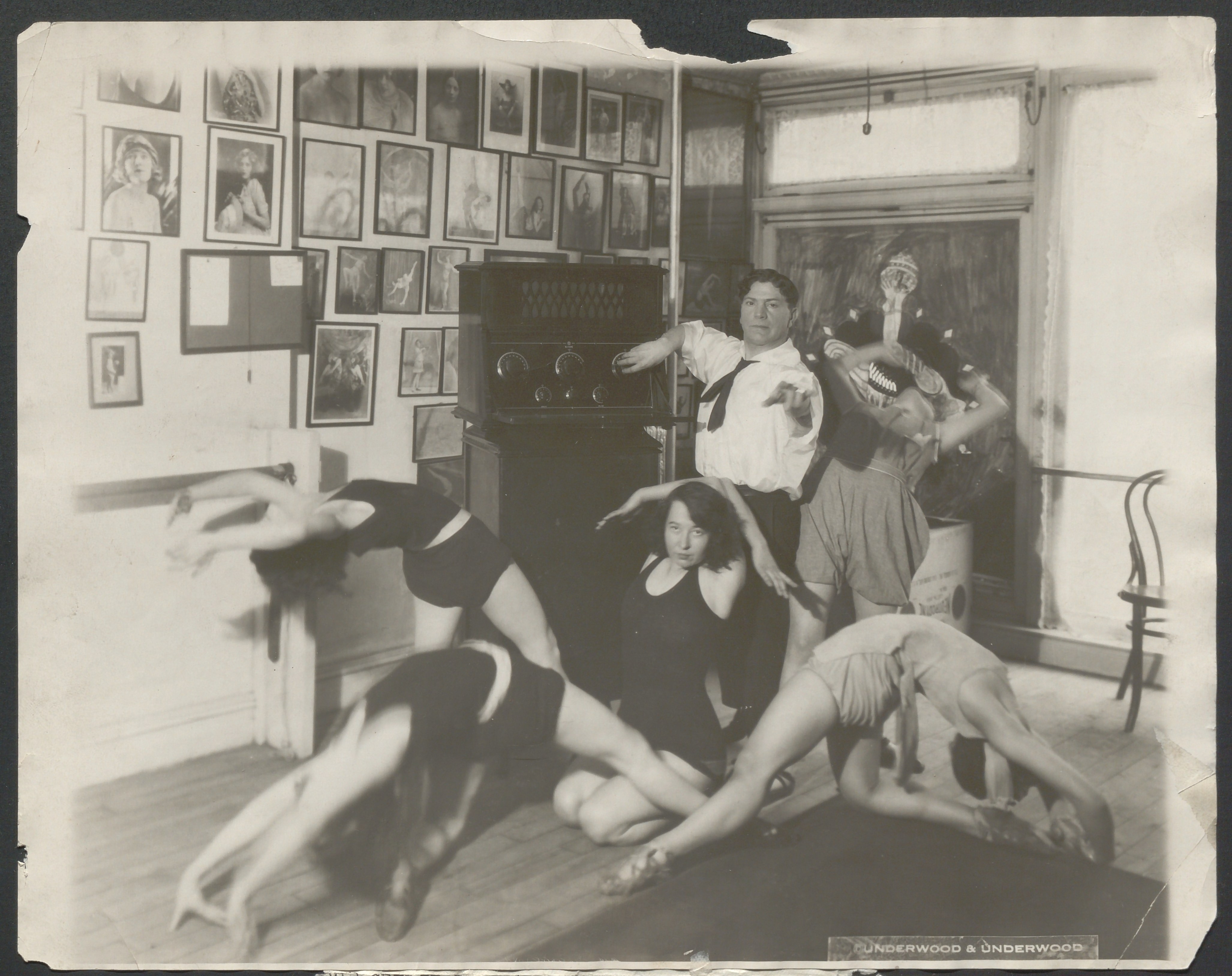 Here's a #TechTuesday post to get your morning moving - this January 13, 1925 photograph shows New York City dance instructor Theodore Creo using a FADA radio receiver to guide his students through a class on classical and stage dancing.

This photograph was taken by the New York City firm of Underwood & Underwood, a popular publisher of stereoviews that pivoted to the emerging field of news bureau photography during the early 20th century.

It was retained by the Radio Corporation of American (RCA) alongside other miscellaneous contemporary publicity images featuring RCA products and the products of its competitors, like the FADA Radio Company, whose name derived from the initials of its founder, Frank Angelo D'Andrea.