I know what my weekend plans are ... 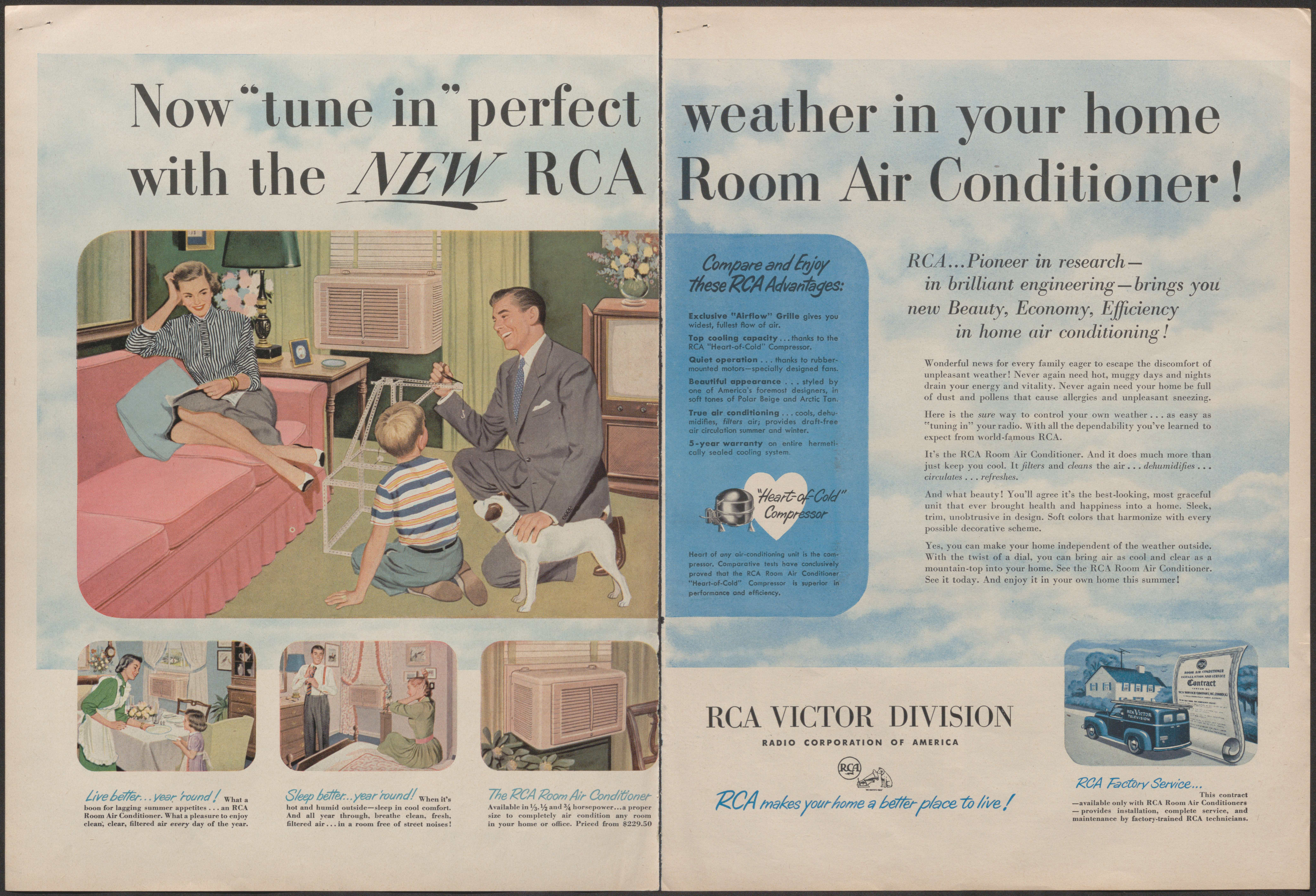 I know what my weekend plans are. Try to stay safe and cool everyone, and we'll see you again on Monday!

This advertisement for RCA room air conditioners from the company's RCA Victor Division was the first installment of the company's first advertising campaign for it's debut into the air conditioner market. The "tune in" campaign launched with this advertisement in a May 26, 1952 issue of Life magazine. Until the campaign was phased out in 1954, RCA ran a variety of advertisements in magazines, newspapers, and television spots encouraging consumers to "tune in to perfect weather" at home.

This item is part of Hagley Library's Alexander Magoun advertising collection (Accession 2464.81), which contains includes advertisements from RCA and other companies for radios, televisions, phonographs, and other consumer electronics.

To view a curated selection of some of the materials that Hagley received from the David Sarnoff Library that includes more advertisements as well as including photographs, RCA annual reports, and newsletters and technical journals  produced by RCA, click here to view its page in our Digital Archive.