March has been delivering both lion and lamb this week at the... 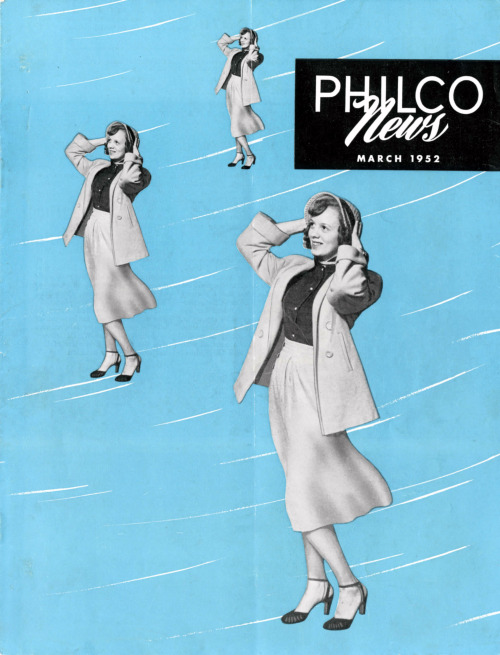 March has been delivering both lion and lamb this week at the Hagley Museum and Library. So, on this drizzly, wet #WeaThursday, we're sharing this seasonally appropriate cover of the March, 1952 issue of Philco News, featuring Joan Mundy, an employee of Philco Corporation's TechRep Division.

Philco News was the monthly employee newsletter of the Philco Corporation. The company, based out of Philadelphia, Pennsylvania, was once a pioneer in the manufacture and technological development of batteries, radios, transistors, televisions, and other electronics. The company was also an innovator in the field of television broadcasting; it launched an experimental station, W3XE, in 1932. In 1941, W3XEbecame WPTZ, the third commercially licensed television station in the United States.

Hagley Library's collections include 141 digital access copies of Philco Newsdating from 1945 to 1962. This resource is part of our John Okolowicz collection of publications and advertising on radio and consumer electronics (Accession 2014.277). To view this collection online now in our Digital Archive, click here.