#MotorMonday brings you the cars of tomorrow today with this advertisement ... 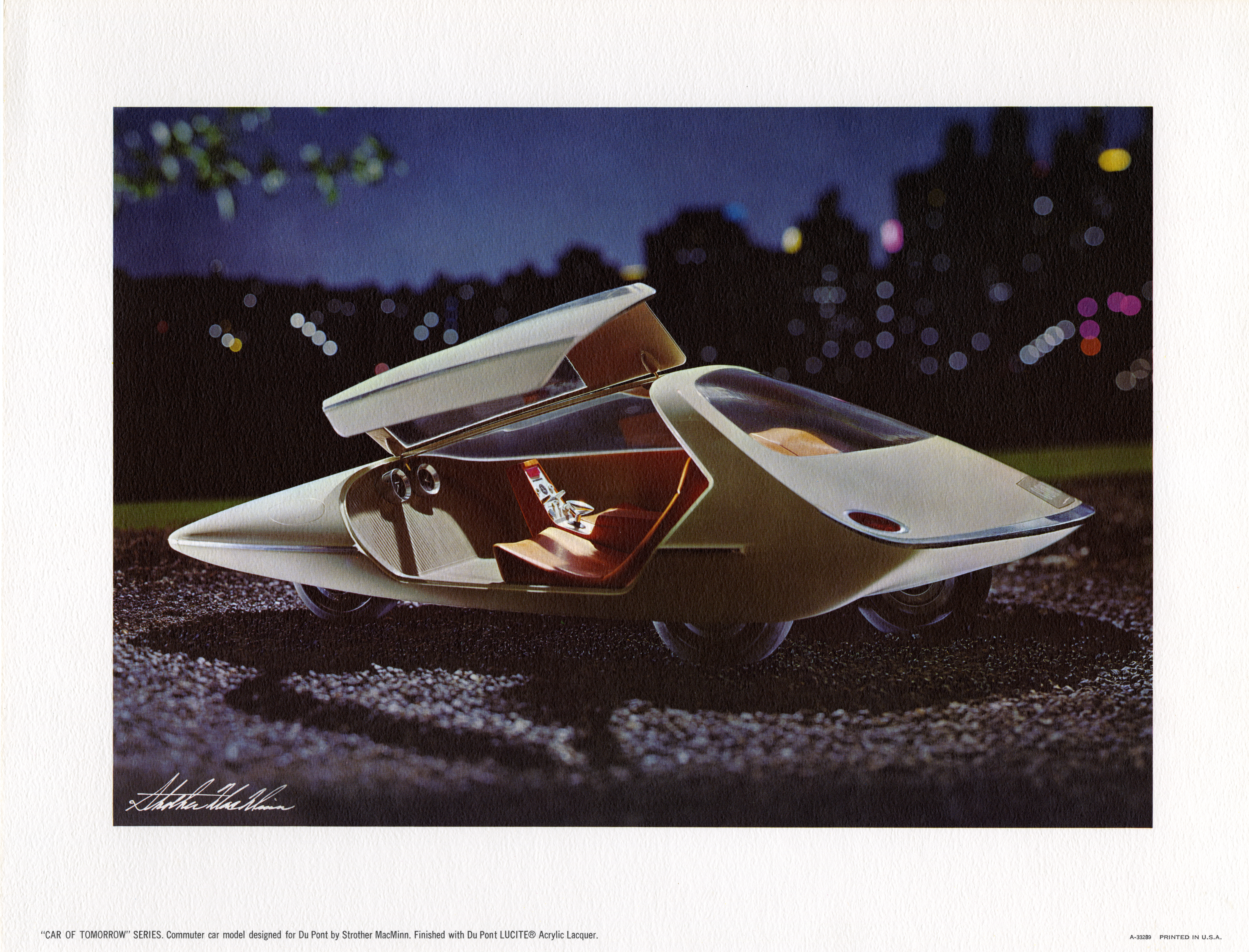 #MotorMonday brings you the cars of tomorrow today with this advertisement featuring a concept for a futuristic "commuter car model".

This is one of six photomechanical prints from the company’s “Cars of Tomorrow” series in Hagley Library’s collection of Strother MacMinn “Cars of Tommorrow” prints (Accession 1997.268).

DuPont turned to MacMinn for these advertisements to promote one of its newest products, an acrylic resin coating specifically for cars, which it began marketing in 1956 as Lucite acrylic automobile finish lacquers.