Today's photograph is being posted in recognition of World Television Day ... 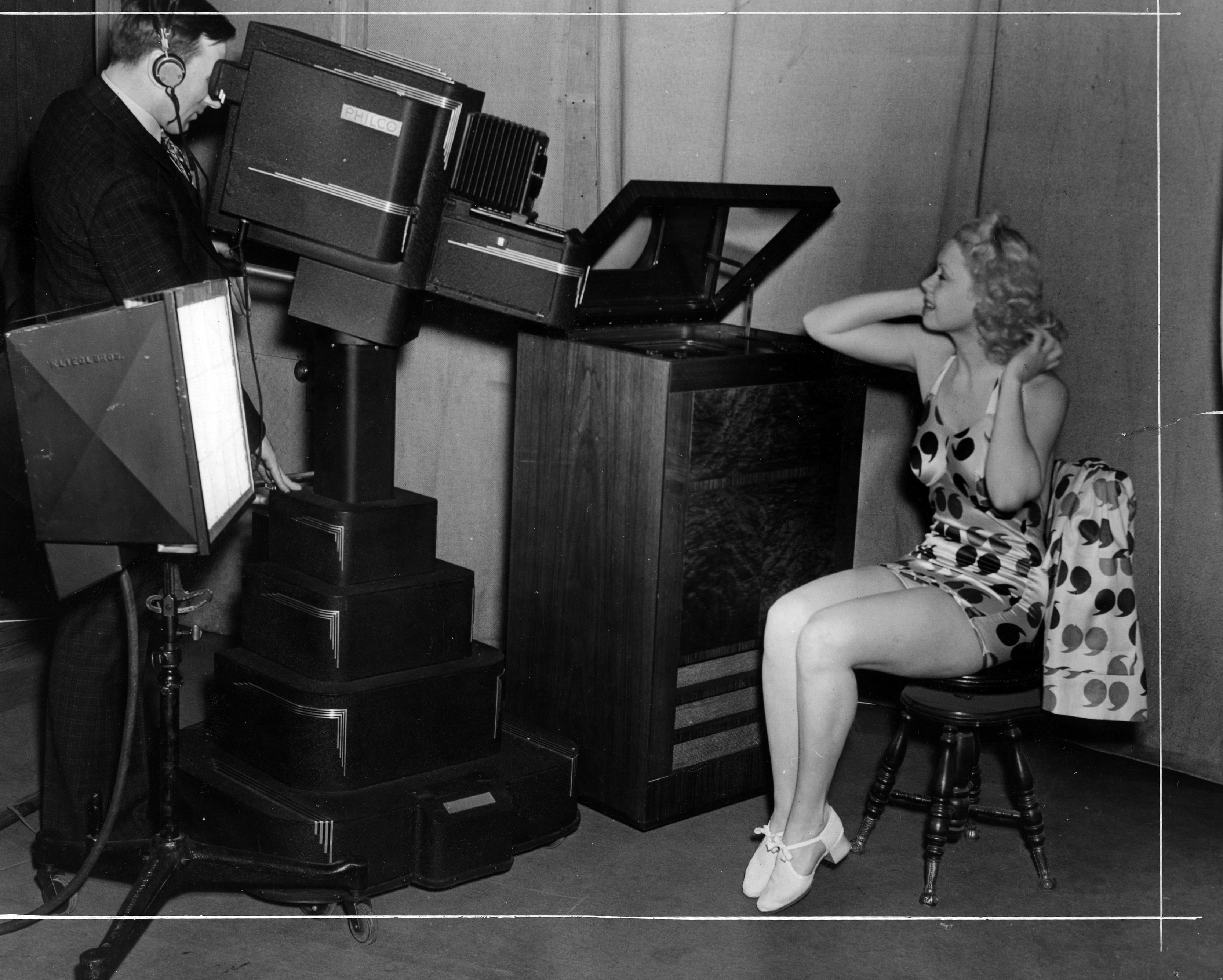 Today's photograph is being posted in recognition of World Television Day, an observance created by the United Nations in 1996 in conjunction with the organizations first World Television Forum.

Text associated with the image, created on March 29, 1938, states that it shows "Toby Wing, screen and stage star" as she "watches herself in the television receiving set as she performs before the new television equipment in the Philco Radio television station here at which the equipment was tested. The receiving set was brought into the studio so that she could have the honor of being the first person to view her own performance in television."

This item is part of Hagley Library's collection of Chamber of Commerce of the United States photographs and audiovisual materials, Series II. Nation's Business photographs (Accession 1993.230.II). This series contains more than 15,000 original photographs that were taken for publication in the the Chamber of Commerce of the United States' magazine, Nation's Business. The images date from the 1890s to 2004, with a bulk of the material dating from the 1940s through the 1960s.

The Chamber of Commerce of the United States is the world’s largest business organization representing the interests of more than 3 million businesses of all sizes, sectors, and regions. Chamber members range from small businesses and local chambers to leading industry associations and large corporations. The Chamber traces its origins to an April 22, 1912, conference of commercial and trade organizations called by President William Howard Taft. The goal was to form a national group to advise the government on issues facing industry and business throughout the country.​

Nation’s Business was a monthly publication from the Chamber of Commerce of the United States. The Chamber used the publication to inform the business community about commercial trends and to solidify political support around key positions on government policies regarding business and economic life.

Nation's Business is call number f HF1.N38 in the Hagley Library's Published Collections Department; our holdings cover all the years of its publication (1912 to 1999), with most volumes included in their entirety.  All of the issues in our collection of Nation's Business from 1915 on have been digitized - you can view them online now by clicking here or view a digital collection of Chamber of Commerce of the United States photographs, videos, and publications by clicking here.