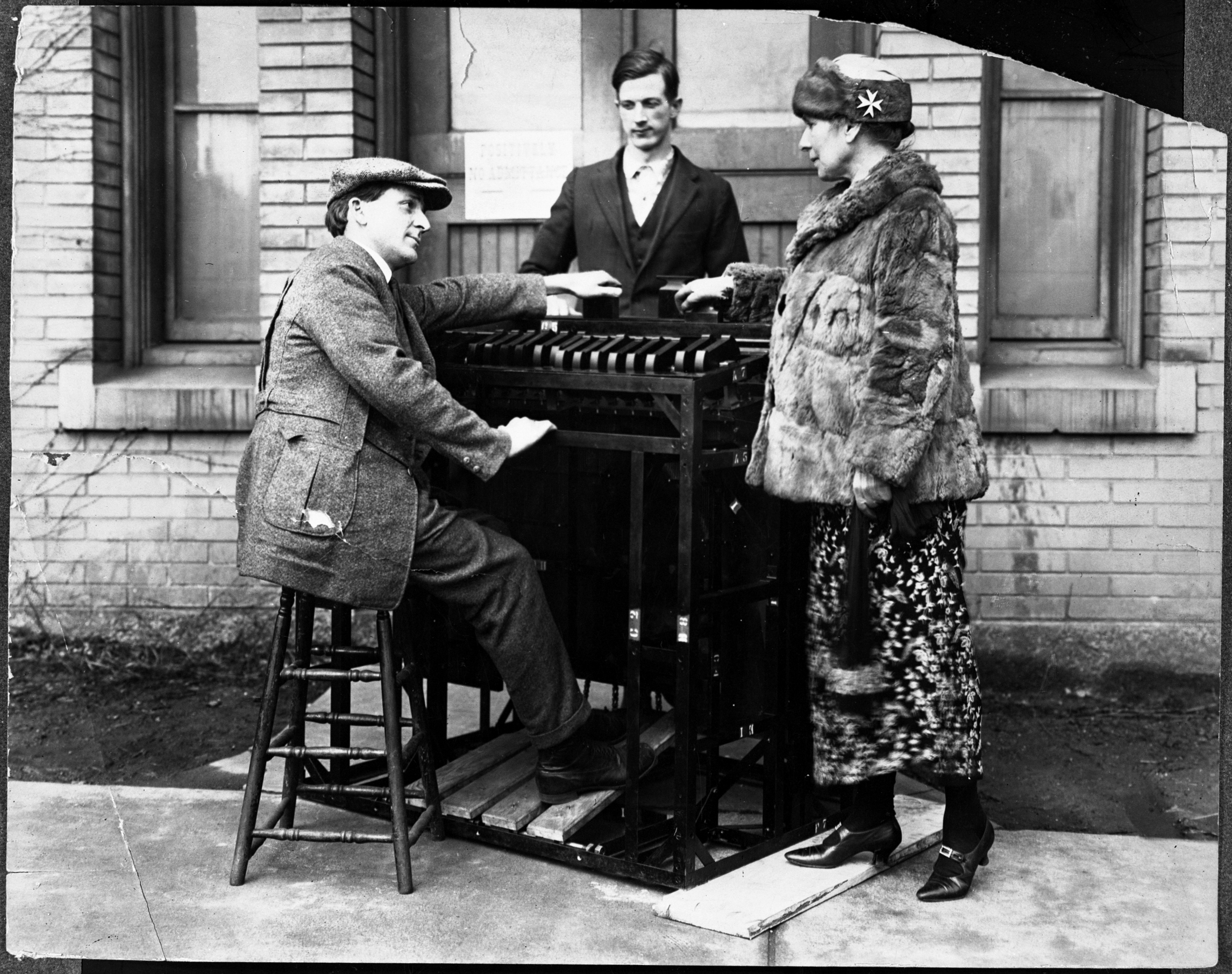 Today's #TechTuesday post features Mary Elizabeth Hallock Greenewalt (1871-1950) and her "color organ". This ca. 1920 photograph shows Greenewalt and the organ, an instrument of her own invention that was designed to project a sequence of colored lighting when played in arrangement with selected musical programs.

Greenewalt was born in Beirut, but was sent by her family to live with relatives in Philadelphia in 1882. After graduating from the city's Musical Academy in 1893, she began a long and accomplished career as a concert pianist. In the early 1900s, she began exploring how colored lighting might be used to enhance concert experiences, leading to her to study topics like the relationship between physiology and emotion and experiment with the technological apparatus that would be required to bring her vision to fruition.

The organ, named 'the Sarabet' after her mother, generated eleven patents for Greenewalt from the U.S. Patent Office as she refined the technology between 1918 and 1934. In 1946, she published a book, Nourathar: The Fine Art of Light-Color Playing. The work built on the many lectures and papers she had produced in the prior years, and presented readers with a treatise regarding both the aesthetic and and technological underpinnings that informed her color organ and made it function.

Greenewalt's interests also ran to politics; in addition to being a member of the National Women’s Party and a campaigner for Franklin D. Roosevelt, she was also a strong proponent of government regulation of electrical utilities, a decision informed perhaps, in part by her many legal battles with companies like General Electric over their violations of her patent rights. Many of Greenewalt's writings levied charges against wealthy and powerful corporations for abuses of power, and called for political solutions to protect the interests of consumers and the less powerful.

In 1898 in Dr. Frank L. Greenewalt, a physician at Girard College. Their only child, Crawford H. Greenewalt (1902-1993), would grow up to become an executive with the DuPont Company and president of the firm from 1948 to 1962. This photograph comes from Hagley Library's collection of his photographs, the Crawford Greenewalt photographs​ (Accession 1994.333) collection.