Today's #WorkerWednesday is a work in progress ... 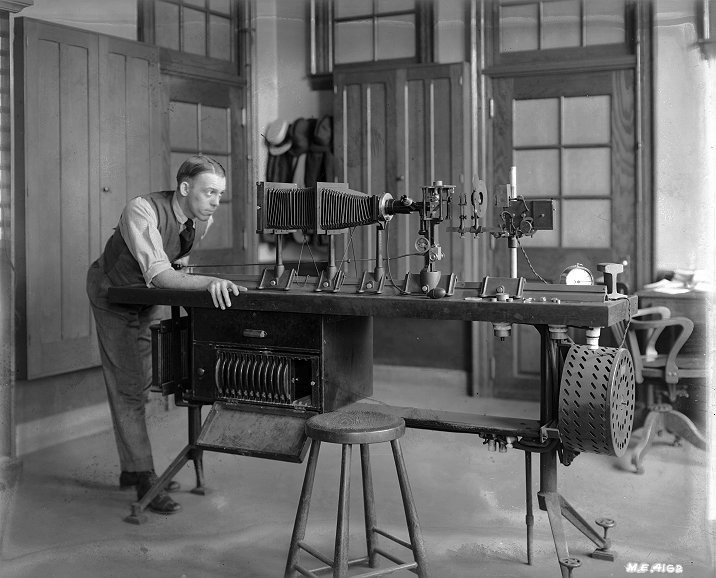 The Altoona testing department was founded in 1875 and operated until 1968. During its years in operation, the department was tasked with performing practical and scientific testing which would prove beneficial to the railroad. This included a physical testing laboratory, as well as chemical and bacteriological laboratories. These facilities attracted the attention of scientific minds no less distinguished than Alexander Graham Bell, who, in 1n 1875, sent two assistants to Altoona to study the feasibility of placing a telephone line in the shops. The lines were later installed in May 1877.

This item is from the Hagley Library's Pennsylvania Railroad negative collection (Accession 1993.300). This collection of more than 5,200 negatives from the official Pennsylvania Railroad files largely depict PRR trains, tracks, equipment, and facilities. The collection also contains numerous views of similar facilities and equipment on other railroads, of nearby buildings and properties, or of standardized equipment and accessories that were collected by the PRR for reference. The negatives were digitized to positives for online access; you can view them online in our Digital Archive by clicking here.