We're riding the rails this #TravelTuesday all the way to the Cleveland Union Terminal ... 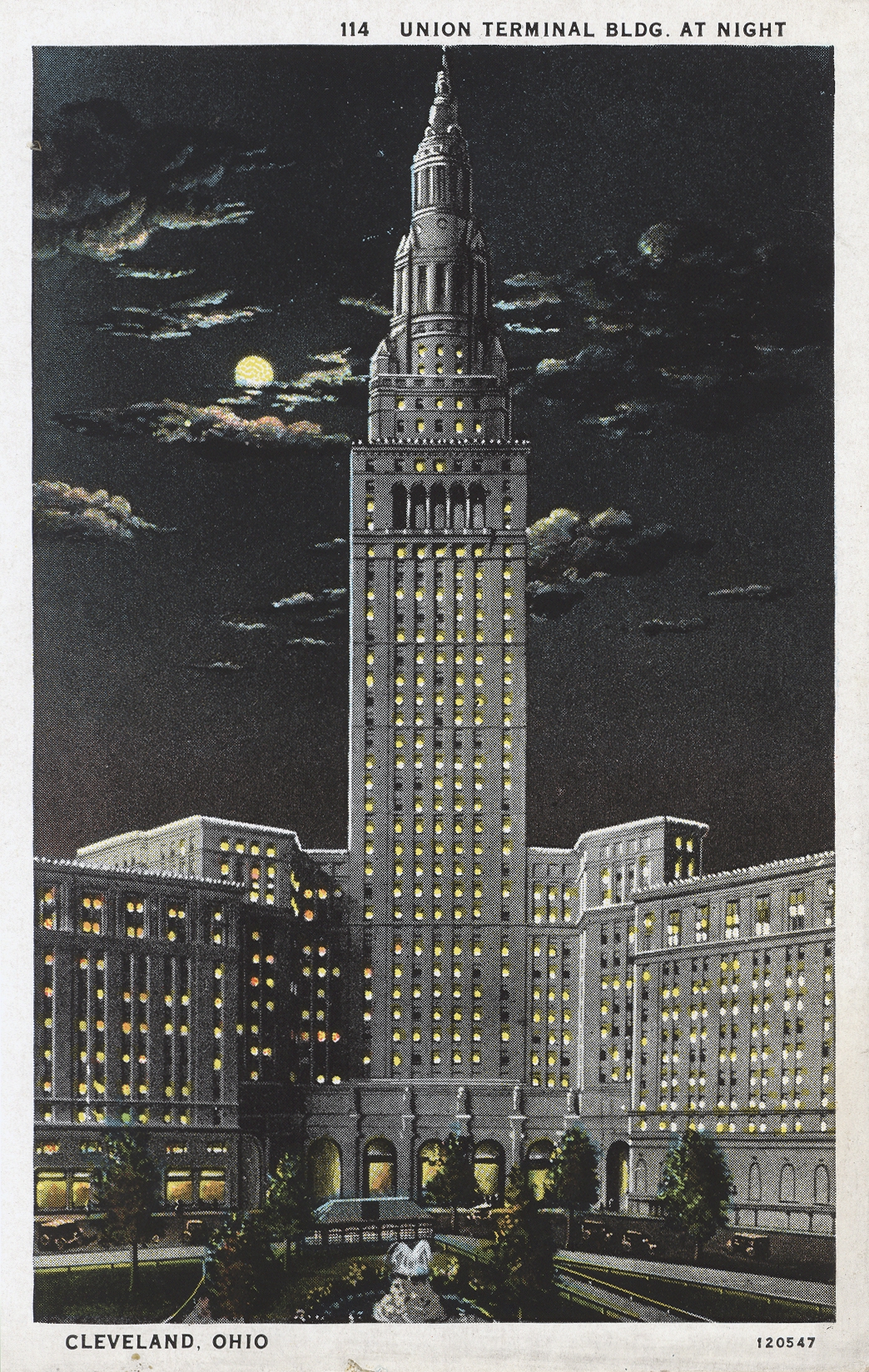 We're riding the rails this #TravelTuesday all the way to Cleveland's Union Terminal station and Terminal Tower. Designed by the local architectural firm Graham, Anderson, Probst & White, excavation and construction of the site began in 1924. Upon the 708-foot tower's completion in 1927, it was the tallest building in the world outside of New York City, a designation it retained until 1967.

This atmospheric 1929 postcard was created by Cleveland's Braun Art Publishing company, and is part of Hagley Library's Railroad postcards collection (Accession 1995.229). This is an artificial collection, assembled from various donors and is made up of thousand postcards related to railroads. Most of the postcards from this collection date from 1900 to 1940 and depict railroad station exteriors, although some show waiting rooms, lobbies, or terminals. Many of the postcards identify the railroads serving the station depicted as well as the station itself. The collection has not been digitized in its entirety, but you can view a selection of over 1,000 postcards by clicking here to visit its page in our Digital Archive.