We're saying goodbye to July and hello to August ... 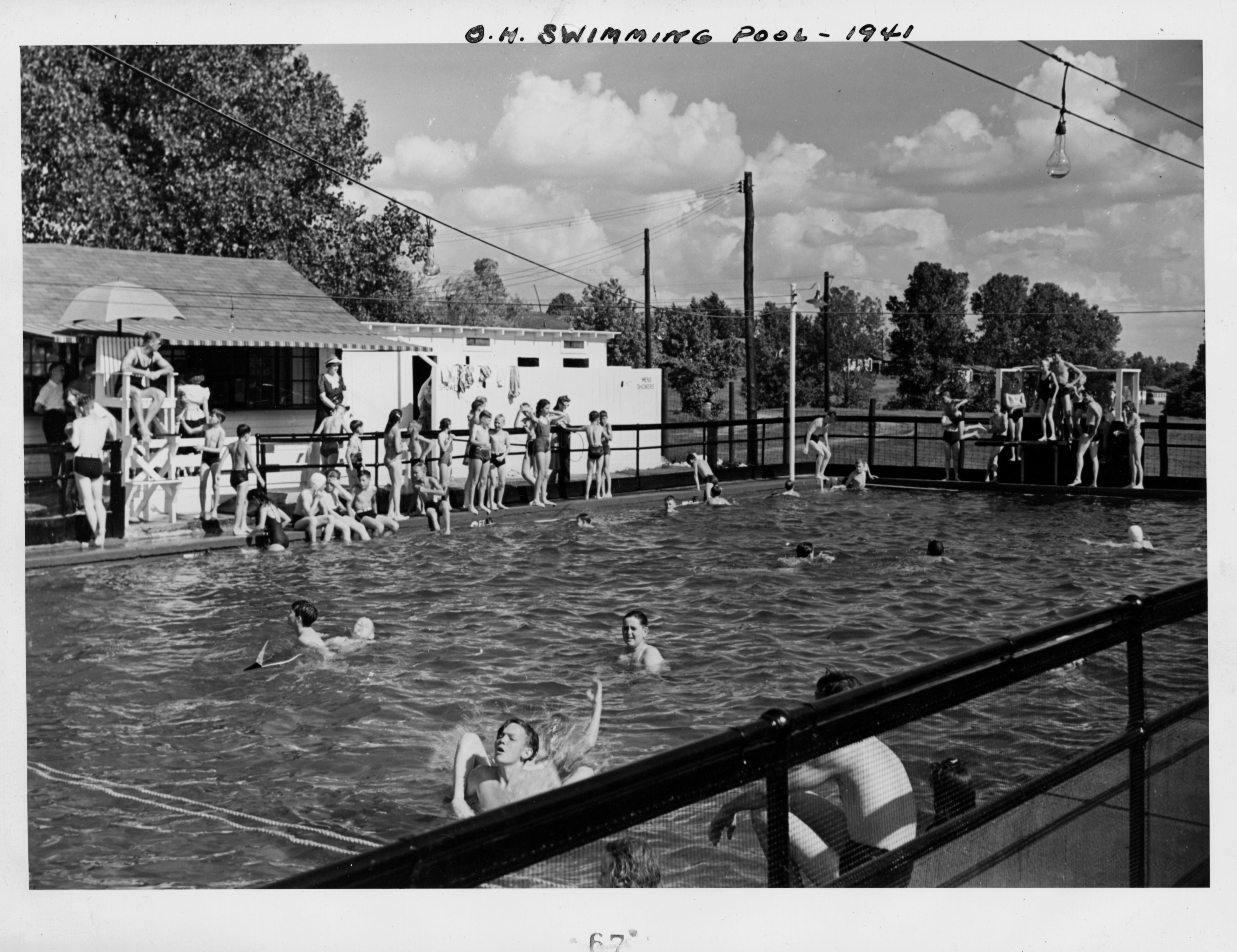 We're saying goodbye to July and hello to August with this summertime photograph from 1941 in the company town of Old Hickory, Tennessee.

The DuPont Company first established a manufacturing site at Old Hickory during World War I, when it acquired a contract from the War Department of the United States Government for smokeless powder. A plant called the Old Hickory plant was built on Hadley’s Bend at the Cumberland River near Nashville, Tennessee.

The plant, which began producing powder in September 1918, was the largest smokeless powder plant ever built in the United States. At its peak, the plant covered 4,700 acres, employed over 30,000 men and women, and produced half a million pounds of gunpowder a day.

Many of the workers at Old Hickory lived on site in temporary and permanent housing, and DuPont constructed schools, churches, stores, banks, theaters, a hospital, restaurants, a fire hall, a hotel, and other facilities to meet the needs of this population. Both the housing and public amenities at Old Hickory were racially segregated.

After the war, most of the plant was dismantled and the equipment sold off, although some was converted to other use. In 1920, DuPont sold the land and the plant to the Nashville Industrial Corporation.

But, three years later, it repurchased and repurposed the property, converting the plant to manufacture cellophane and artificial silk (also known as rayon), which it continued to manufacture until 1964 and 1961, respectively. By the 1960s, the plant had also expanded to manufacture other synthetic materials, like Dacron, Corfam, Reemay, Typar, and Sontara.

DuPont also repurchased the properties of the company town during this time, which it maintained until 1946, when it began to sell the homes to the employees of the plant.

This photograph is from a photograph album documenting the infrastructure and activities that shaped the life of Old Hickory's residents between 1918 and 1941. It is part of Hagley Library's DuPont Company Museum collection (Accession 1968.001).

The collection has not been digitized in its entirety; our online collection is a curated selection of items. Among other subjects, the images in our Digital Archive depict the 1901 Pan-American Exposition in Buffalo, New York; the construction of Coleman du Pont Road; production of Phenolin; game birds advertising series; Haskwell Works explosion aftermath, cartoons of employees; a female employee baseball league; and company plants at Old Hickory, Tennessee and Farmingdale, New Jersey.

To view this collection online now in our Digital Archive, just click here.