We're starting off a new week with this atmospheric photograph of the Cape Henlopen Lighthouse ... 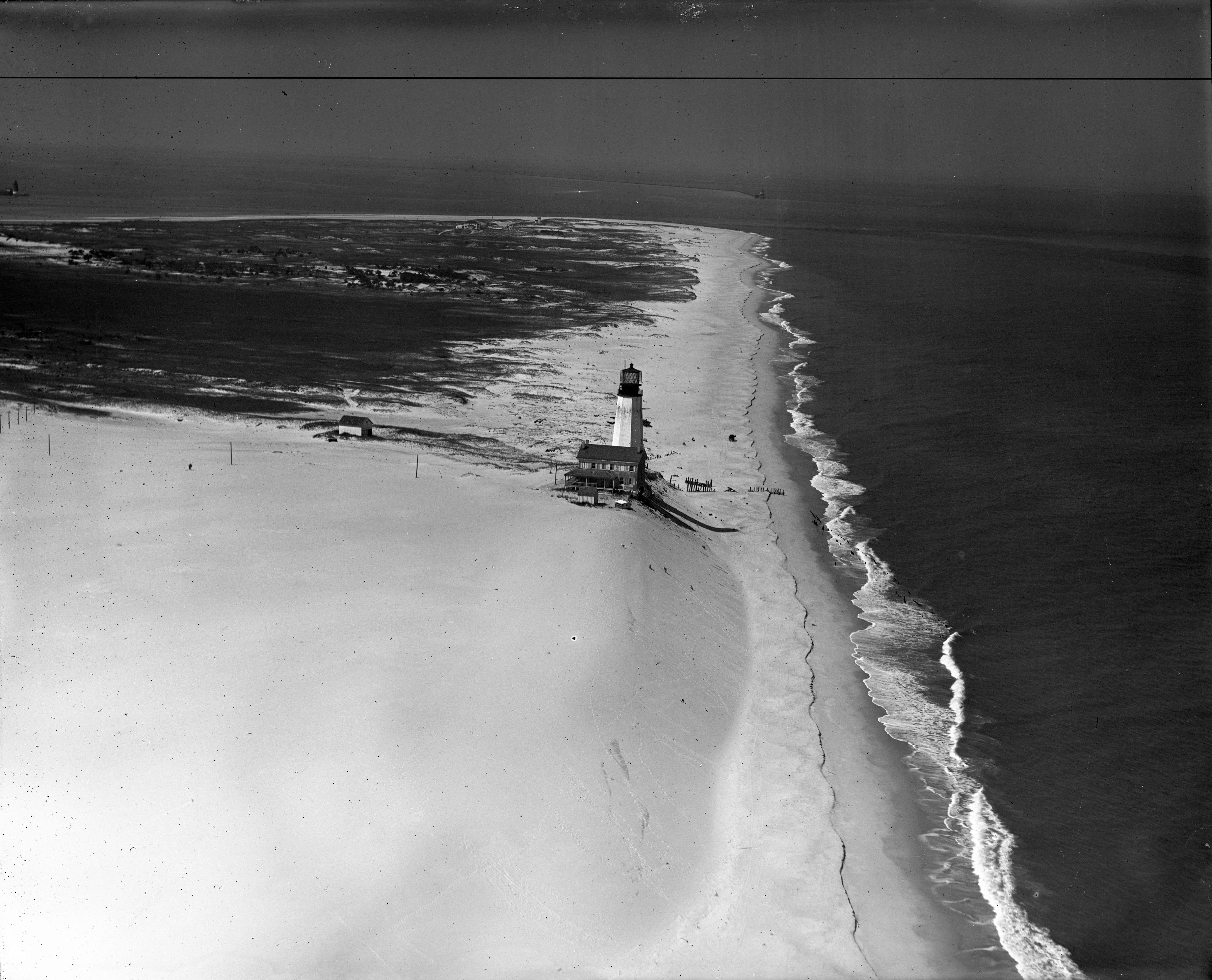 We're starting off a new week with this atmospheric photograph of the Cape Henlopen Lighthouse at the entrance of the Delaware Bay near Lewes, Delaware.

This image was captured around 1925 by the Dallin Aerial Surveys Company, an aerial photography service founded in 1924 by Colonel J. (John) Victor Dallin (1897-1991). Dallin was a Royal Flying Corps-trained pilot who served in World War One; in the latter stages of the war, he was sent on aerial photography duties for reconnaissance missions.

After the war, in 1919, he put that experience to use when joined Bishop and Barker, a firm which did some aerial survey work. In the 1920s, he worked at the Philadelphia Aero Service Corporation, which operated a flying school in South Philadelphia. In 1924, he left to establish his own company and started Dallin Aerial Surveys as a single proprietorship.

Dallin Aerial Surveys produced photographs like this one for a list of clients that included newspapers, businesses, municipalities, and private individuals. The clients contracted with the company for aerial images of factories, private estates, schools, country clubs, towns, airports, rivers, and newsworthy sites and events.

During its years of operation, the company produced not only oblique photographs of various sites for commercial purposes, but did a considerable amount of aerial photogrammerty (aerial mapping of a city, specifically the city of Philadelphia). In order to carry out his work, Dallin designed several specialized cameras and mounters. A camera used for film negatives in the 1930s had a thirty inch lens so that high vertical views could be made without flying excessively low over urban areas.