We're welcoming the return of tomato season today with this illustration of "three luscious tomatoes" ... 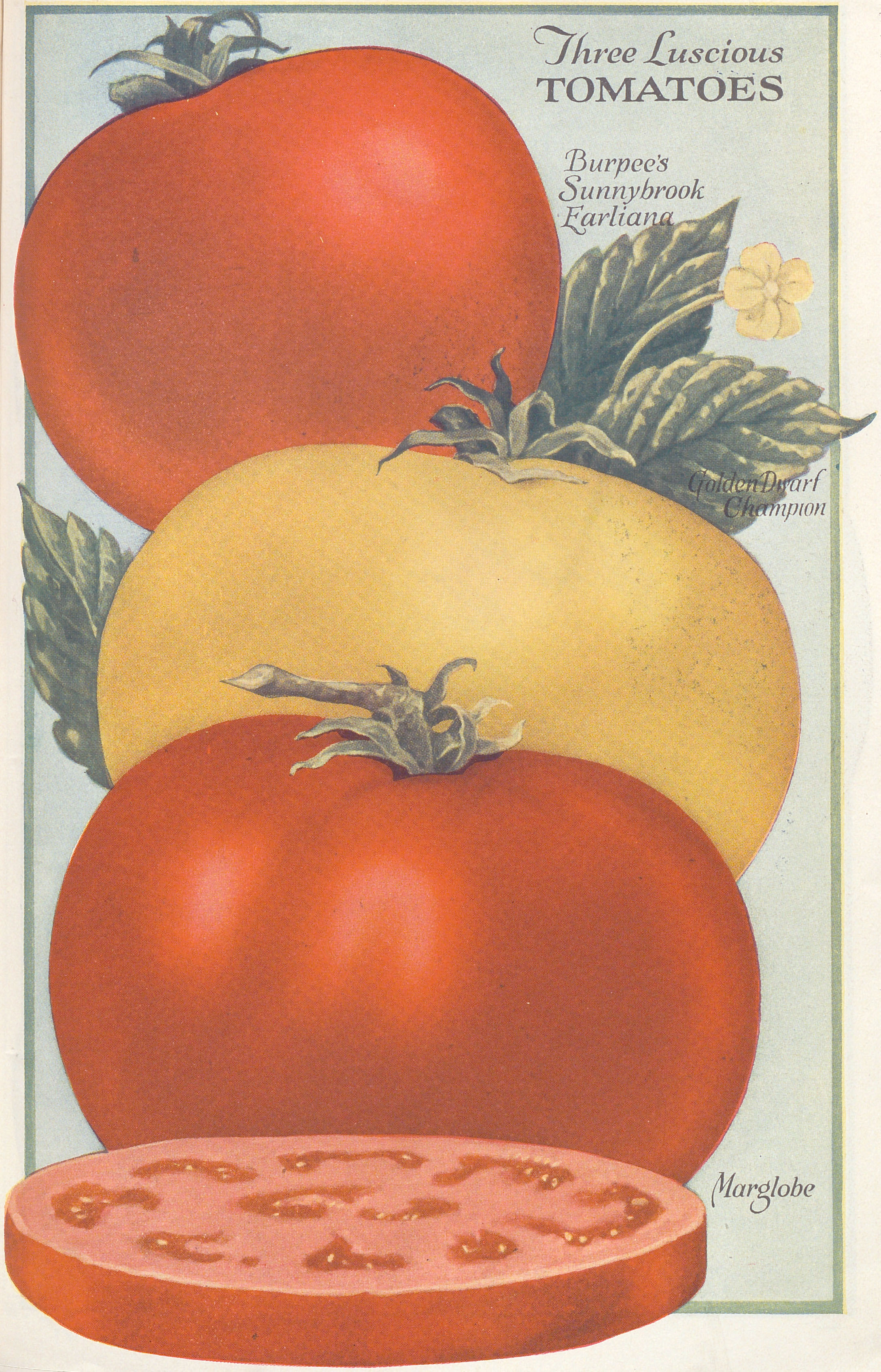 Almost one hundred years later, an 18-year old Philadelphian by the name of Washington Atlee Burpee would follow in their footsteps and those of other local commercial horticulturalists,  when, in 1877, he began transitioning his newly founded mail-order poultry and livestock company into mail-order garden seed business. By the time of Burpee's death in 1915, it had grown to become the largest seed company in the world, employing 300 people, circulating 1 million catalogs each year, and handling 10,000 orders a day.