NAM: Battle of the Beltway

The National Association of Manufacturers works beyond Capitol Hill and with its members. In conjunction with their 100th anniversary celebration in 1995, NAM established the “Battle of the Beltway.”

Battle of the Beltway was an Olympic-style competition with serious and not-so-serious athletic events. Along with benefiting a charity, NAM believed the event would demonstrate manufacturers’ leading role among private-sector supporters of worthy causes, and enhance NAM’s image as the leader among business groups in Washington.

The inaugural Battle was held at the White House Ellipse and included events such as the Tour de Beltway, one-mile mad dash, Frisbee fling, and floppy disk-us throw. There were three categories for teams to compete in, each with its own champion: government offices, associations, and general business. Willard Scott (NBC's Today Show), Senator Bill Bradley, Congressman Jim Bunning, and James Brown (Fox Sports' NFL Today) served as honorary chairmen. More than $70,000 was raised for the United Cerebral Palsy Association. 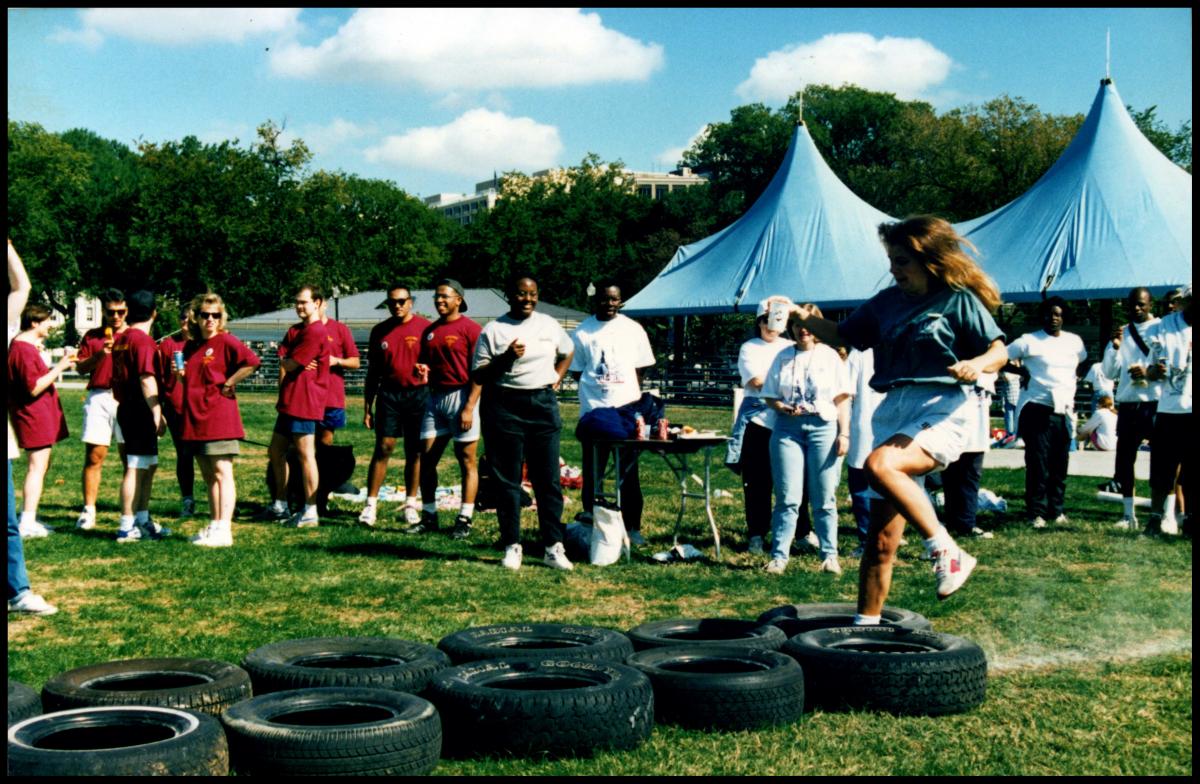 The 7th annual, and what appears to be the last, Battle in 2001 included barstool basketball shoot, lacrosse toss, caffeine chase, tug-o-war, homerun derby, floppy disk-us throw, and an obstacle course. Each member of the championship team won a free roundtrip airline ticket anywhere American Airlines flew within the contiguous United States, and the team as a whole shared a trophy.

Each co-ed team could consist of up to 10 people, and the registration fee proceeds went to the Cystic Fibrosis Foundation. In addition to competing against other teams for the overall prize and bragging rights, a team could challenge a competitor in their very own “battle grudge match” and fight for a mystery grudge prize, tailored just for the match. 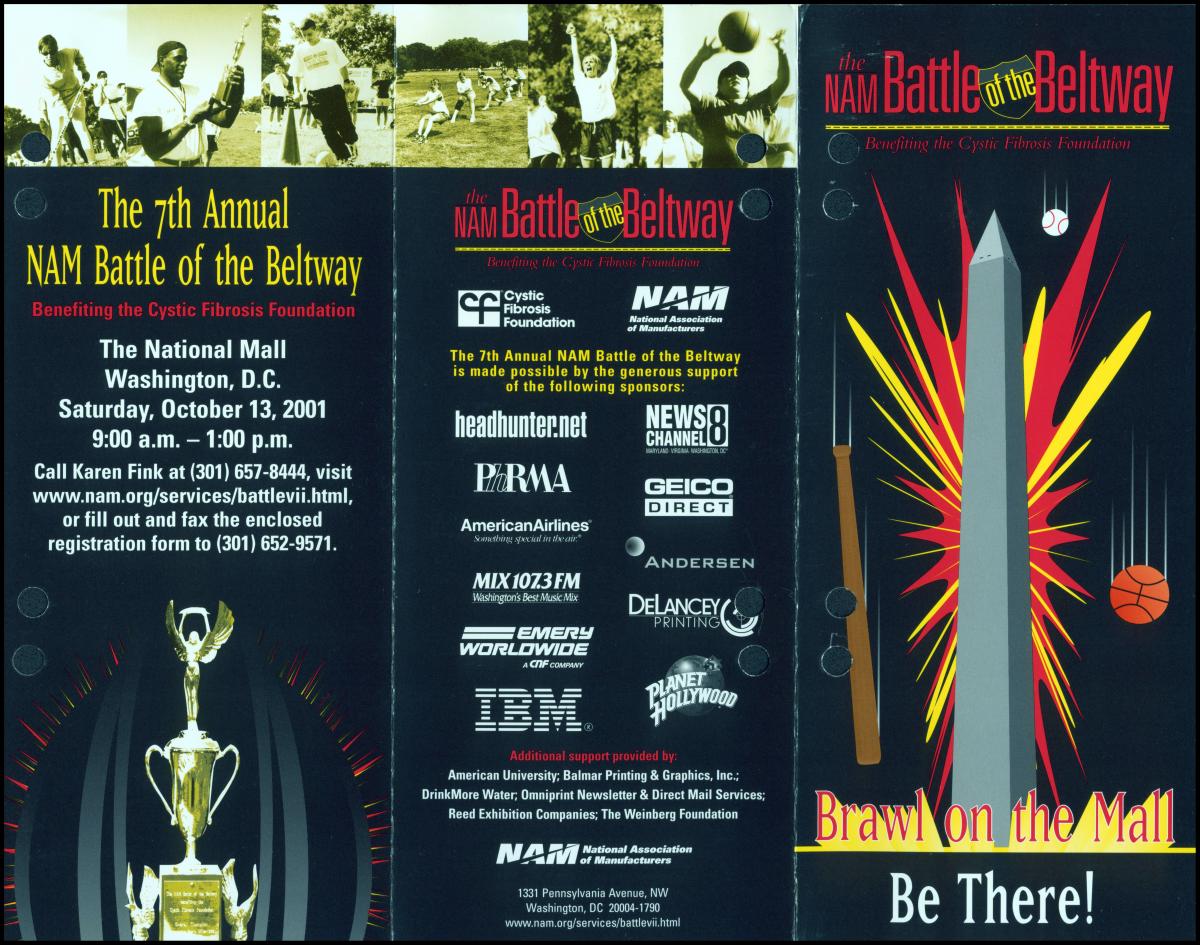 Each year the NAM Sports Celebrity Reception and Auction took place leading up to the main event. It featured a meet and greet with local sports heroes and honorary chairmen, as well as a silent auction to benefit the chosen charity. In 2001, the honorary co-chairmen were A.J. Wood, of D.C. United, and Michael Weiss, U.S. Olympic champion figure skater. The silent auctions featured “one-of-a-kind sports memorabilia; exciting getaway packages; passes to restaurants, theaters and sports events; and other coveted treasures.”