Some blood, a lot of sweat, and yes, even tears has gone into this project over the last four years. Is it perfect? No. Given all the time in the world, there are things I might still change and alter; I think any archivist would admit that after a large project. However, I am still proud of the work I completed. It is likely the NAM collection will be the largest I work on in my career. It comes in just shy of 1,100 linear feet. And certainly, a complex one that had many webs to untangle, particularly when departments and committees were created, dissolved, and changed names. 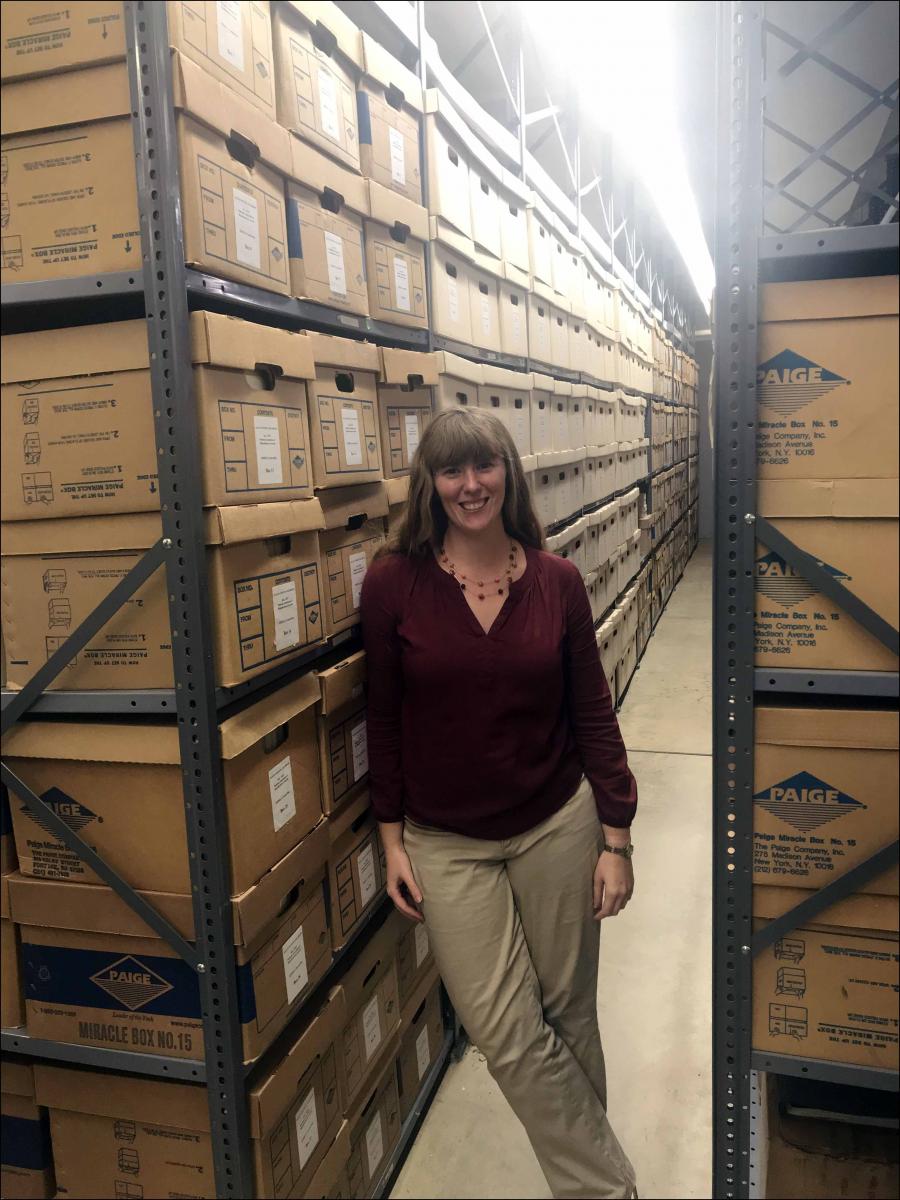 This project became so much more than originally planned. As I wrote in the first article about the project, it originally made post-1970 records available for researchers. However, I was also able to complete work on the older material that I think will make everything more useable. The first two series of the collection represent work NAM did from its founding in 1895 until 1973, when they moved headquarters to Washington, DC. The first series, Central Files, is arranged by theme or topic, while the second series is arranged chronologically and accessible through a card catalog. I have written more about them here. The bulk of the rest is arranged by department, such as the Motion Picture Department or Industrial Relations Department.

There are many people who I want to thank for their assistance throughout the project: my graduate assistances, Kyle VanHemert and Hillary Neben Trout; Laurie Sather; Diane Bockrath; Sharon Fickeissen; Marsha Mills; Angela Schad; Mike Demers; and John Waters. Thank you all for your help and for letting me bounce ideas off you. And for helping to move all the boxes.

In addition to the finding aid (which is currently available for on-site researchers), a small selection of photographs, films, and manuscripts have been digitized and can be viewed in the Hagley Digital Archives.

For details about accessing the finding aid and using the collection for research, please contact us at research@hagley.org.