What Women Can Do: the Women’s Department Records

In honor of women’s history month, I would like to talk about a relatively small, but very interesting part of the NAM collection: the Women’s Department.

Looking at the folder titles now, they reflect an antiquated view that could be deemed problematic in today’s world. Titles such as “Tell him you care,” “Signals for safety,” “How to harass a housewife,” and perhaps my favorite “Are you a woman driver?” But when you look at the material in the folders a different picture emerges. The titles – much like today with click-bait – are a way to attract readers. Car and driving safety sounds way less appealing than “are you a woman driver?” Or that “tell him you care” is actually about writing to representatives in government.

And that’s something the Women’s Department did well: get the attention of women to conveying a variety of important information. 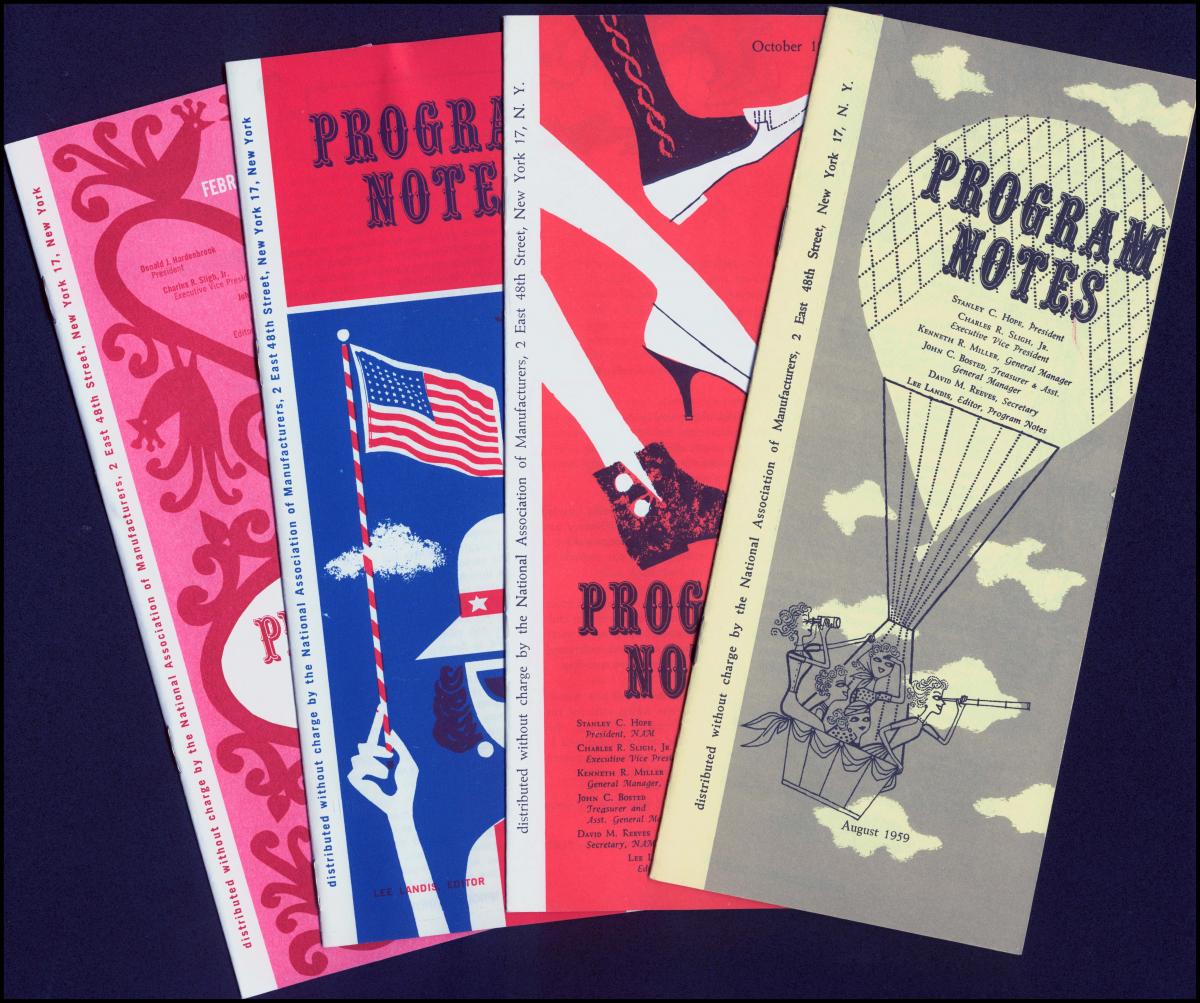 Let’s take a look at one more example. Monthly, the Women’s Department sent “Program Notes” informational pamphlets to women’s clubs across the country. The covers were visually appealing, even today, in addition to having quality content. In the example below, the November 1960 pamphlet encourages women to get out and vote and be involved in politics, information about a juvenile delinquency program, and an information kit about communism. Certainly not the topics I initially expected to find. 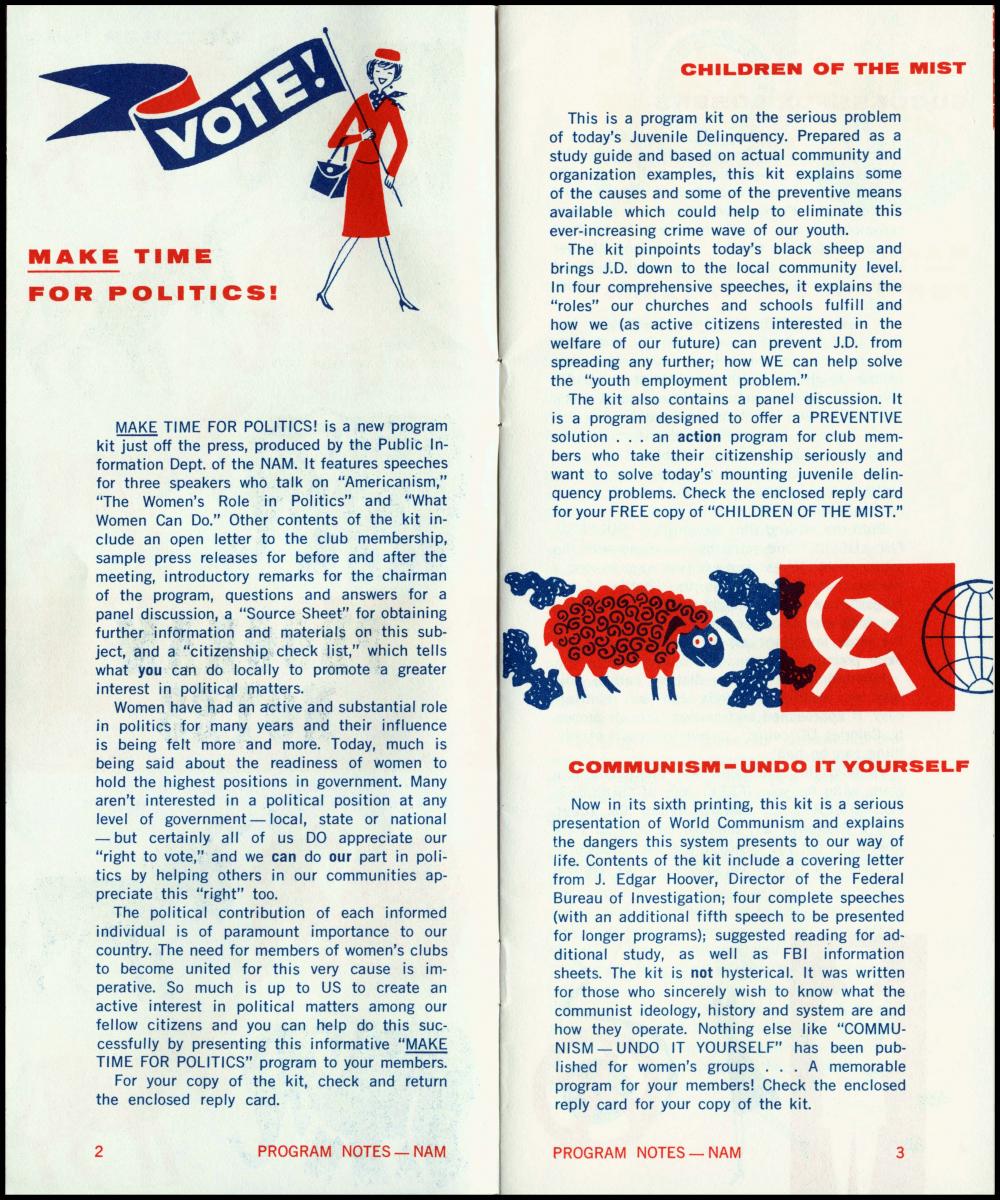 One more thing to note about the “Program Notes”. It was edited by women: first Anne Allison and then Lee Landis. Despite NAM in the 1950s and 1960s being predominately run by men, there were a few women who left their mark in the material.