A German Box of Color

Doing research at an archive is sometimes like playing detective. You’ll come across a document or an object which seems rather mysterious - a simple description, undated and looking rather irrelevant for your topic. But it catches your attention and will stick in your mind like an open case.

I came to the Hagley Library on an Exploratory Grant to research the influence of America fashion color forecasters for my dissertation on the Americanization of fashion from 1910 to 1930. While researching I came across a box in faded black. A German heading said simply - "Farbenkarte” - color card. 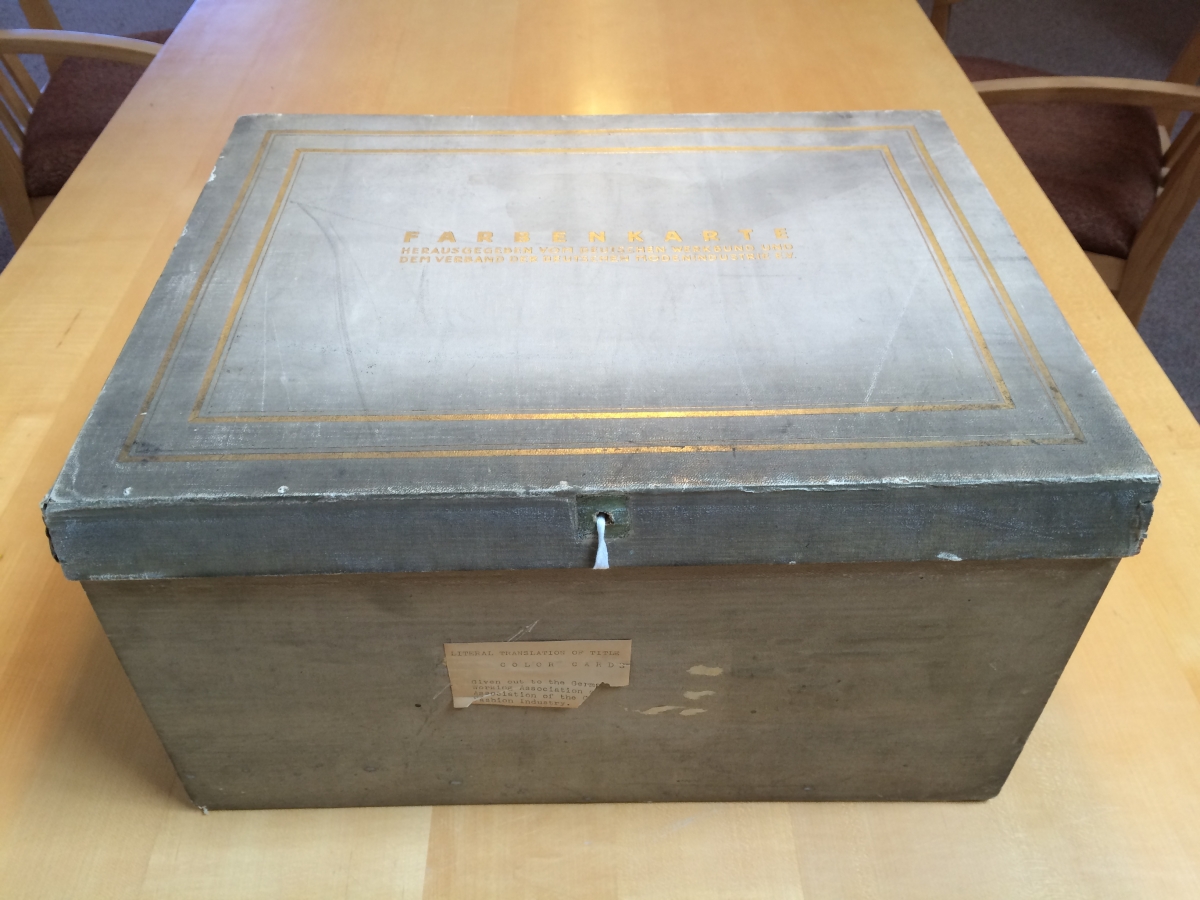 For the women’s wear industry it was crucial to have a color card showing standardized colors when trying to carefully match all elements of women’s outfits from garment to accessories (gloves, hats, and hosiery) in identical colors. The first American color card was introduced by the Textile Color Card Association of the United States for women’s wear in 1915. A foldout book of silk ribbons of 128 standardized shades. A real innovation for the trade!

Inside the German box I found silk ribbons in any shade you can imagine, neatly arranged like files in an office. 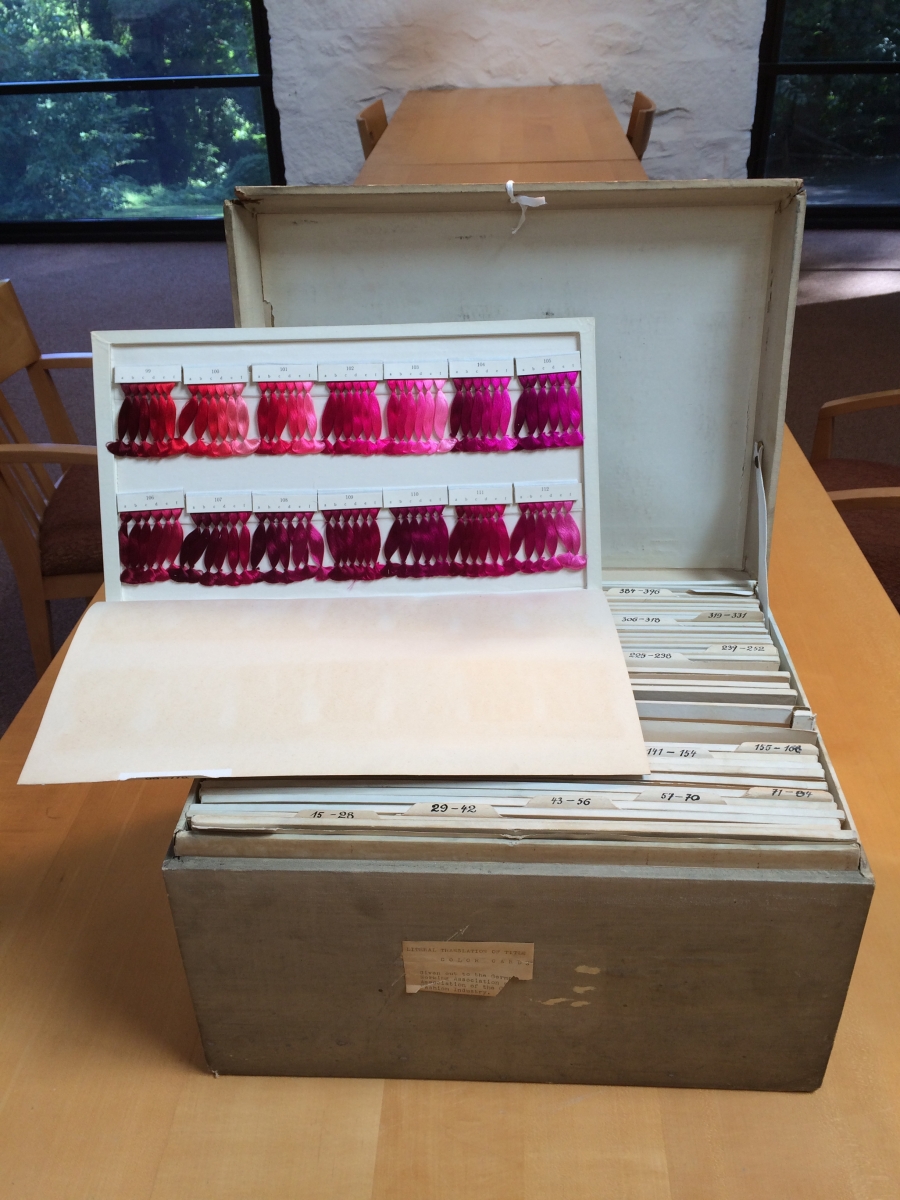 But why did this German box become part of the Textile Color Card records? What was its purpose?

A leaflet in German revealed that it was made by Bayer on behalf of The Deutscher Werkbund and the association of the German fashion industry (Verband der deutschen Modeindustrie e.V.).

Two familiar names: Bayer, today a well-known global player for chemical and pharmaceutical products and at the beginning of the 20th century famous for its dyestuffs and the Werkbund, an association that powered modern architecture and industrial design, particularly in the later creation of the Bauhaus school.

By chance a month later, I found an explanation: On March 22, 1922, the trade journalWomen’s Wear explained that this box full of 2,400 shades of fashionable colors could be exported to the United States for only $60! This symbolic price reflected an aggressive effort to make Bayer’s dyestuffs more visible on the American market. This box meant competition for the Textile Color Card Association. Women’s Wear alerted American manufacturers to the threat this posed to their business: “Department stores here are installing the color card box, which is different from the color chart known in the United States because of the exhibition of colors on the skeins, instead of on small pieces of fabric pasted to a card.”

No wonder, that this box became part of the Textile Color Card records – they were keeping a close eye on their competition!

Hagley is the home of Inter-Society Color Council records. The aim of the Inter-Society Color Council is to enhance the description, specification and standardization of color and to promote the practical application of this knowledge in science, art, and industry. The Textile Color Card Association is one the more prominent members of the ISCC. To get a sense of the scope of the collection, visit the ISCC records.

Anja Kirberg is a Ph.D candidate at Heinrich Heine University Düsseldorf. The first results of her research can be read in her article “Forecasting, Standardization and the Americanization of Color – The Formative Years of the Textile Color Card Association of the United States (1914 – 1924)” which will be published in the journal DRESS (The Costumes Society of America) in October 2015. Anja can be contacted at kirberg@phil.uni-duesseldorf.de.