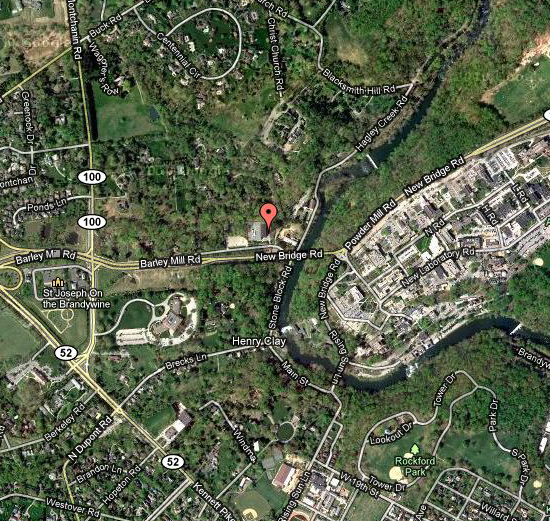 Summary: In the early 19th century, Samuel Kirk and E. I. du Pont built a barley pearling mill on land that had been purchased from Louis McLane & George B. Milligan in 1813. It is not known how long the barley mill was in operation. A variety of tenants rented the mill for various industries during the nineteenth century, including John Peoples, Valentine & Lodge, the Miller Brothers (William H. Miller, John S. Miller, and George Miller), and Pyle & McIntire. The mill was badly damaged in a fire near the end of the nineteenth century.