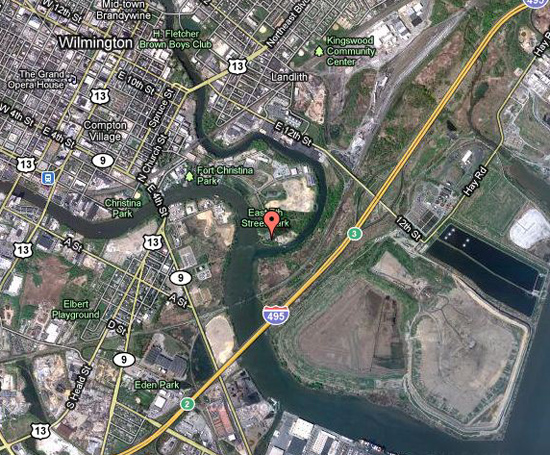 Summary: Born in Chester County, PA in 1833, Job Jackson came to Wilmington at the age of 14 and began working at a general store. By the time he was 16, Jackson had become a tinsmith apprentice, and he quickly rose to the position of foreman. Jackson worked a variety of jobs including positions with the Pennsylvania Railroad Company and Ohio and Pennsylvania Telegraph Company before Jackson & Sharp was founded in 1863.

Jacob F. Sharp, born in New Jersey in 1815, moved to Wilmington in 1837 and worked as a house carpenter as well as a carpenter for the Philadelphia, Baltimore and Washington Railroad. By 1840, Sharp worked as a car builder at Harlan & Hollingsworth, where he eventually became a foreman. Jackson & Sharp was founded in 1863 and moved to its twelve-acre facility on the Brandywine in 1870. The company made several types of rail cars including passenger, private, freight, and trolley cars, which were sold both domestically and internationally.

In 1875, Jackson & Sharp expanded into the shipbuilding industry after purchasing the Christina River Shipyards.In 1901, the company was acquired by the American Car and Foundry Company (ACF), which refocused efforts on the exportation of rail cars. ACF leased the Wilmington plant for $25,000 per year until February 1911, when they bought the factory for $500,000. The company increased its focus on shipbuilding during World War I, and by the 1930s, had ceased production of rail cars.

The Wilmington plant was closed in 1950, and in June 1952 the property was sold to East Coast Warehouse Terminal, Inc.