Pusey and Jones Corporation built ships and machines in Wilmington, Delaware, beginning in the mid-19th century. In its initial operations starting in 1848, the firm produced general machinery and steam engines and did a variety of repair work. The company established a marine department in 1853 which engaged in shipbuilding. 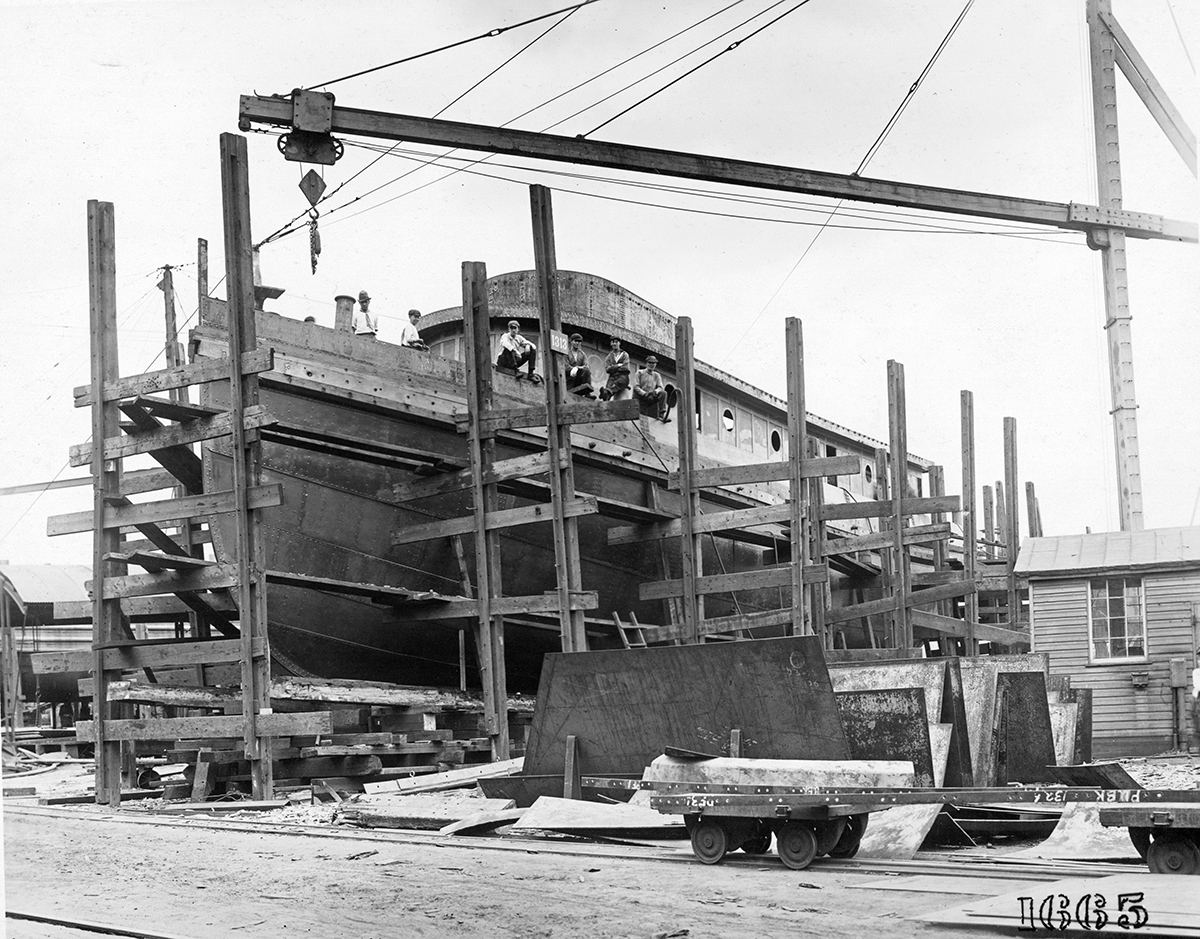 Pusey and Jones' build a tugboat in the shipyard, 1916. Hagley Digital Archives.

In 1867 a paper machinery department was created that made agitators, beaters, calendars, dryers, and an array of machines for the paper industry. Meanwhile the general machinery department continued its production of industrial presses, boilers, pumps, and various heavy machinery for a variety of customers. By 1891 the company had expanded, according to "Delaware’s Industries: An Historical and Industrial Review," to a plant of over eight acres and ten buildings (boiler, smith and machine shops, a pattern house, storage houses) and a workforce of 900 employees. 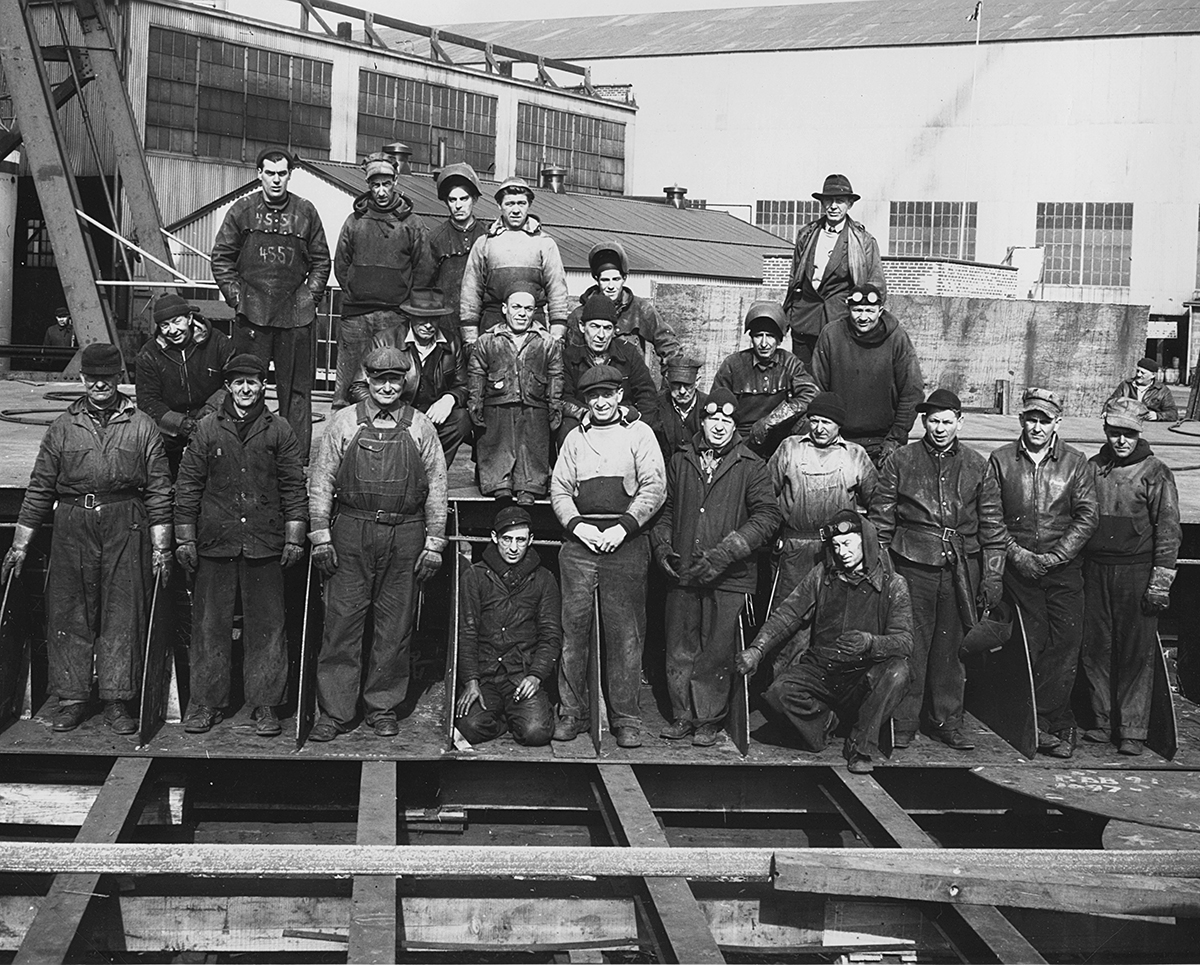 Shipbuilding was the largest part of Pusey & Jones’s business. The company was widely known in the area of pleasure craft and built many notable yachts. In the last robust years of the company during World War II, Pusey & Jones was engaged in building 19 cargo ships for the U.S. Maritime Commission and hopper dredges for the U.S. Engineer Department. Pusey and Jones built almost five hundred ships in its company lifespan.

The company shifted all of its operation to papermaking after World War II. Pusey and Jones closed in 1959.