As anyone who knows me can tell you this #TechTuesday ... 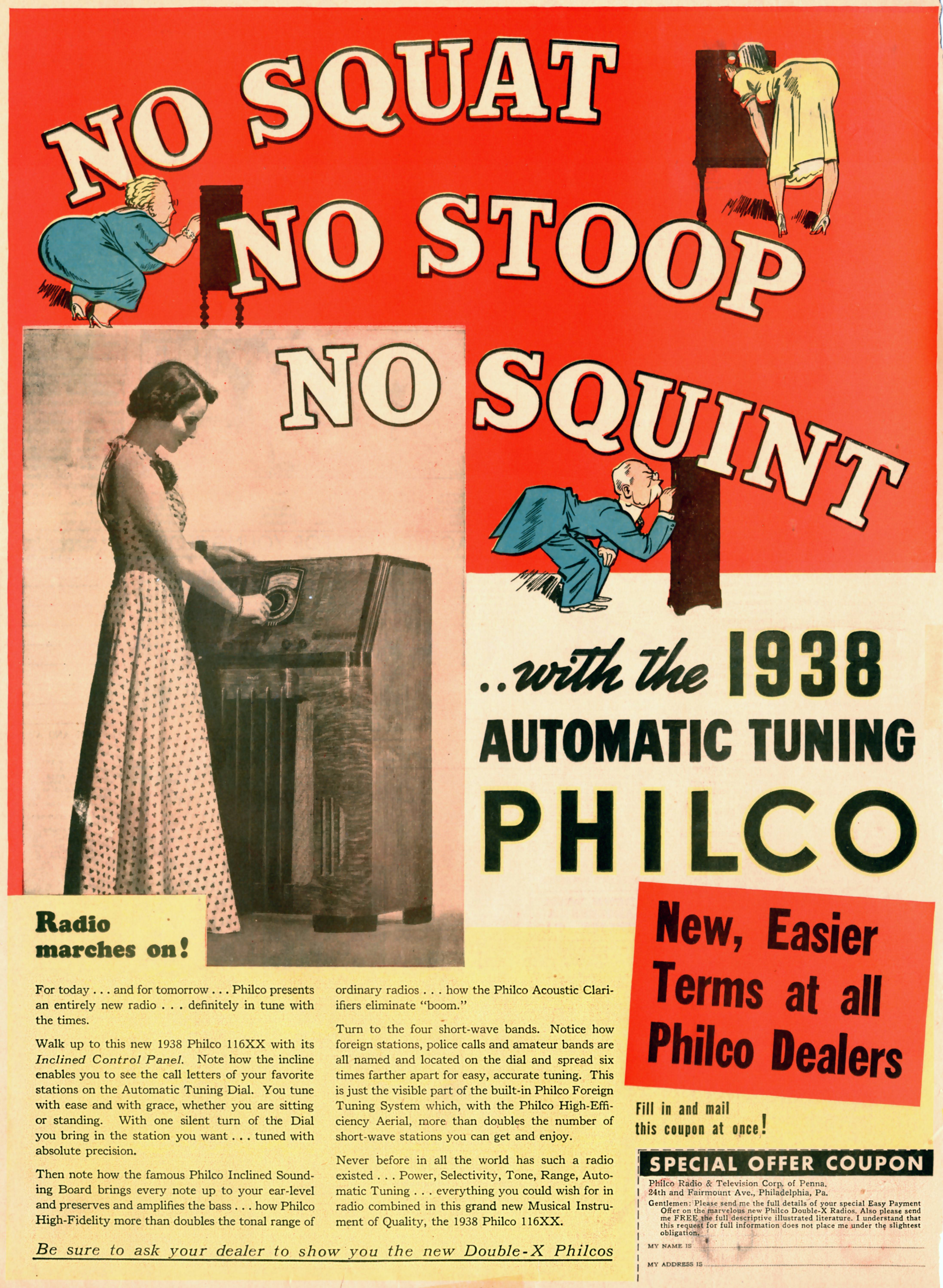 As anyone who knows me can tell you this #TechTuesday, I'm renowned for my ability to tune with ease and grace. But really, it's just my 1938 Double-X Automatic Tuning Philco radio.

This August 1937 advertisement for Philco radios, featuring the company's newly patented automatic tuning system. While other inventors had begun releasing automatic tuning systems in the late 1920s, these systems had largely failed to achieve widespread use due to mechanical imprecision and high instances of frequency drift. In 1937, the Philco corporation, a Philadelphia company that was once a pioneer in battery, radio, and television production, debuted improvements on the technology that featured Automatic-Frequency-Control (AFC), which Philco advertised as "magnetic tuning". This technology resolved the issues other systems had suffered from and kept radios optimally tuned to a selected radio station at all times.

This advertisement is part of Hagley Library's John Okolowicz collection of publications and advertising on radio and consumer electronics (Accession 2014.277). This collection consists of digital access copies of publications, including employee magazines, and magazine advertisements for radios and other related household electronics dating from 1912 to 1980. You can view it online now in our Digital Archive by clicking here.