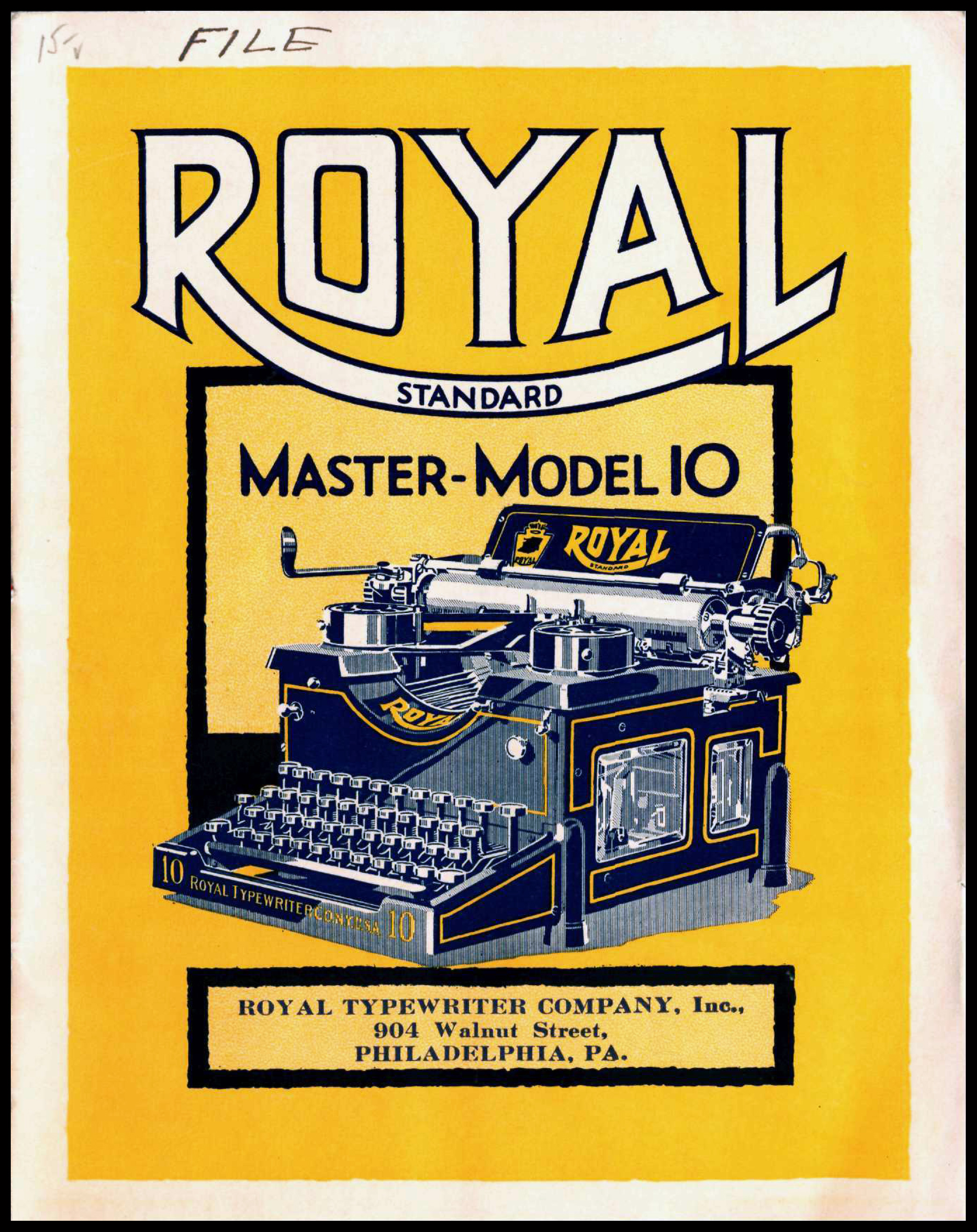 On this date, August 27, in 1878, printer and inventor Christopher Latham Sholes (1819-1890) received U.S. Patent No. 207,559 for an "improvement in type-writing machines". The patent marked the first documented appearance of the QWERTY keyboard layout.

The key configuration was first intended for use on Sholes' own Sholes & Glidden brand typewriter, which he manufacturered with partners Samuel W. Soulé (1830-1875), a fellow printer, James Densmore (1820-1889), an investor and fellow inventor, and Carlos Glidden (1834-1877), a mechanic. But the now familiar configuration became an industry standard after 1893, when Remington, Caligraph, Yost, Densmore, and Smith-Premier - the five largest manufacturers of U.S. typewriters - merged to form the Union Typewriter Company, which then adopted QWERTY as its standard keybord layout.

We're marking the date with this cover of a catalog from a 1914 catalog from the Royal Typewriter Company, a manufacturer founded in 1904 by Edward B. Hess and Lewis C. Myers in a machine shop in Brooklyn, New York. This catalog is call number Trade Cat .R88 19-- in Hagley Library's collection of trade catalogs. You can view it online in full in our Digital Archive, which offers a selection of almost 1,800 trade catalogs and pamphlets from our collections, by clicking here.