Your patent history fact of the day today is a little less auspicious than our usual fare, but perhaps a bit tastier .. 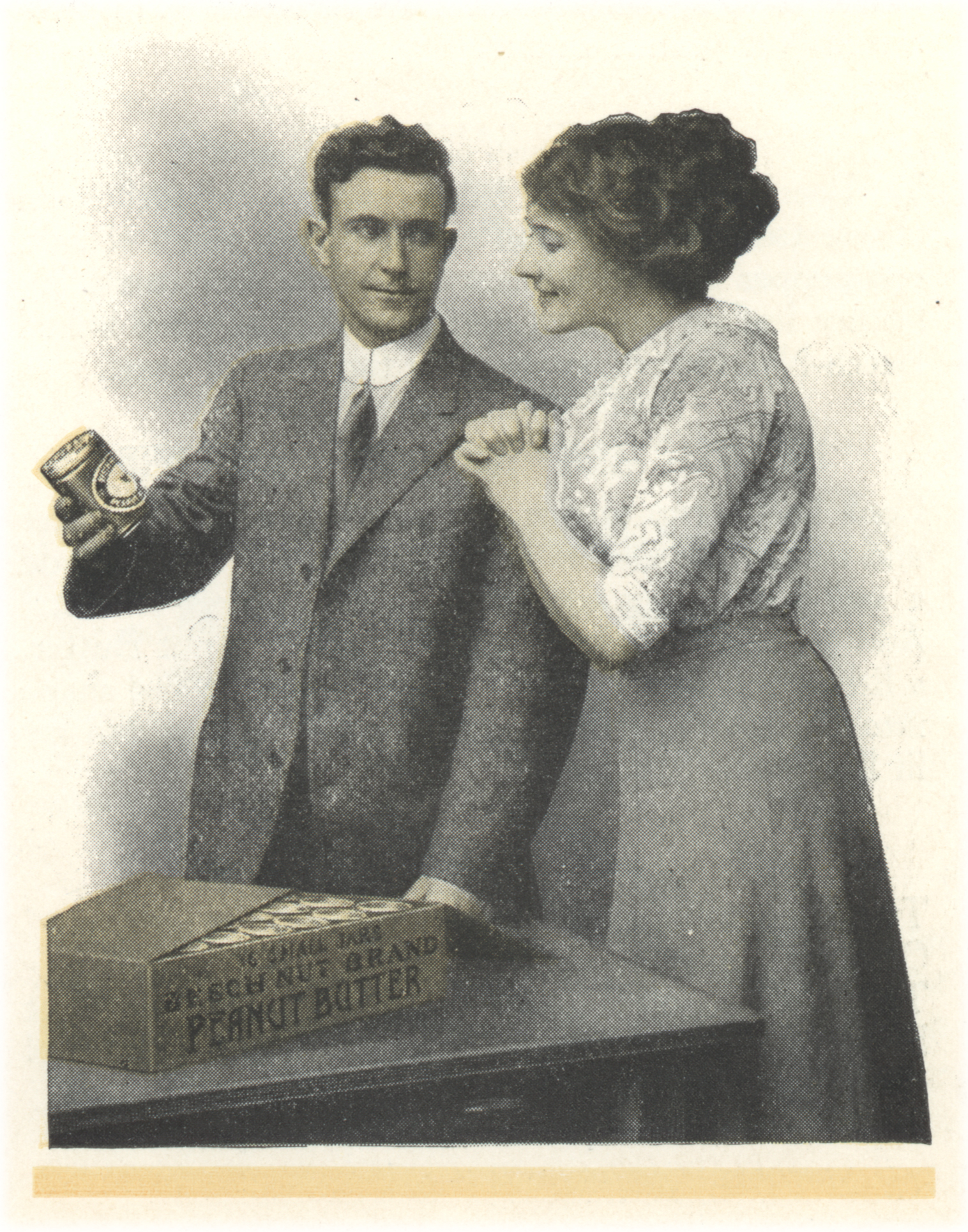 Your patent history fact of the day today is a little less auspicious than our usual fare, but perhaps a bit tastier ... the peanut butter and jelly sandwich was patented on this date, December 21st, in 1999.

The short-lived U.S. Patent No. 6,004,596 was issued to David Geske and Len C. Kretchman of Menusaver, Inc., whose “Sealed Crustless Sandwich”, "preferably comprised of peanut butter and ... of at least jelly" had been marketed to schools since 1995.

The patent was challenged after Menusaver, Inc. was purchased by the J. M. Smucker Company, who began using the patent to manufacture and sell their Uncrustables brand, drawing the attention of Abbie's Foods, Inc. The ensuing Patent Office re-examination resulted in the invalidation of the patent on the basis of both prior usage and obviousness on December 8, 2006.

And so, we're celebrating the return of the PB&J to the public domain with this excerpted image from A Happy Mishap: Being an Adventure in the Land where Beech- Nut Peanut Butter Grows. This 1911 pamphlet of recipes was created by the Beech-Nut Packing Company and allowed readers to follow along with Jack and Nell Benton (the former suffering from a "big aching void" in his "food garage") and their Aunt Sue on a folksy tour of the company's manufactory in Canajoharie, New York.

The pamphlet is call number Pam 2010.224 in Hagley Library's Carter Litchfield Collection on the History of Fatty Materials (Accession 2413). As an organic chemist, Carter Litchfield (1932-2007) studied and specialized in edible fats. Over the course of his career, Litchfield built an important collection about the history of fats and fatty materials.

This collection, which now resides at Hagley, has not been digitized in its entirety, but our Digital Archive does offer a curated selection of items from this collection, which primarily includes paper ephemera such as ration stamps, tax stamps, trade cards, pamphlets, and trade catalogs. There are also items relating to the Prussian chemist, Julius Lewkowitsch (1857-1913), whose collection Litchfield acquired. You can view this item in full in our Digital Archive by clicking here.