The Halfway Point – Reflecting Back

November marks the halfway point of the project – two years down, two to go. Much of the new material will be discoverable and available early in 2020, with additional maintenance and improvements coming to the collection as a whole over the remainder of the project. In honor of this moment, I thought I would highlight some of my favorite items I have come across in the NAM collection to date.

My first six months were spent in the Audiovisual and Digital Initiatives Department. There are many images in the AVD portion of the NAM collection, but one of my favorites is of a young boy, wearing what looks more like a fish bowl, at the transportation display in the Americade exhibit. The 1955 exhibit depicted what they thought the future year of 1975 would bring. We're now far beyond that year and many of the exhibit's predictions have yet to come to full fruition. It is a fascinating look at the future that never was. See my post about the Americade exhibit here.

Another one of my favorite items from the AVD portion of the collection is a billboard from the New Deal era. It is one of approximately 15,000 outdoor posters and billboards NAM displayed to convey the importance of industry to the American people. Read more about the billboard and its fascinating story in my post here. 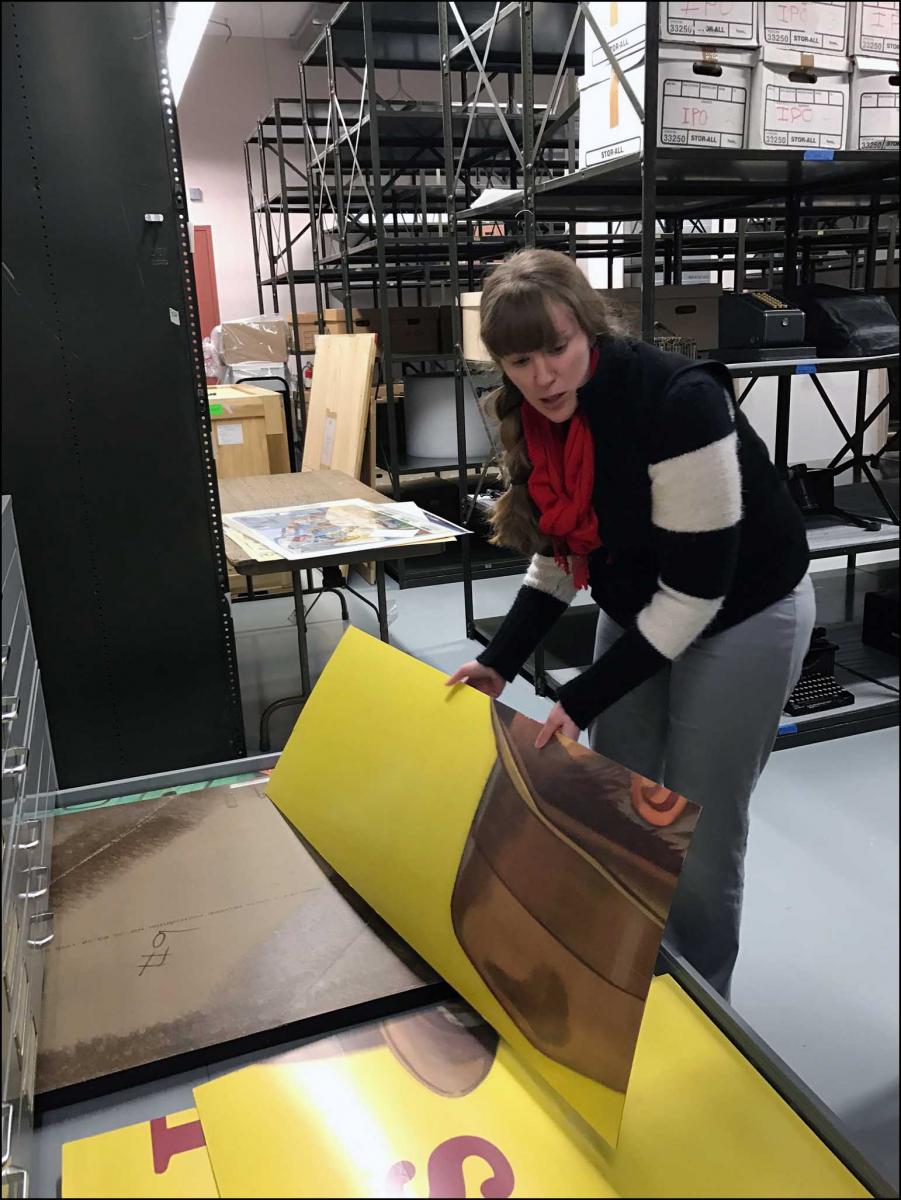 For the last year and a half, I have been in the Manuscripts and Archives Department working on the manuscript portion of the NAM collection. Just a few of the things I find interesting as I go through the paper material include what was served for food during meetings, what people said in their communications in the days that followed September 11th, and what in the world do some of these legal terms mean? But there are also more substantial items or folders that have drawn my attention.

One example is a folder about Communism in labor unions with material from 1924 to 1968. This folder grabbed my attention for both its topic and visual appeal. The materials describe the threat Communism posed to labor unions, how one could identify a communist, and what should be done about it. One of the items, the booklet “Secrets of the Communist Party Exposed!”, depicts Uncle Sam about to be harmed by the bright red hammer and sickle of Communism. The author of this booklet added visual commentary through several small political cartoons depicting communists deceiving hard working Americans. 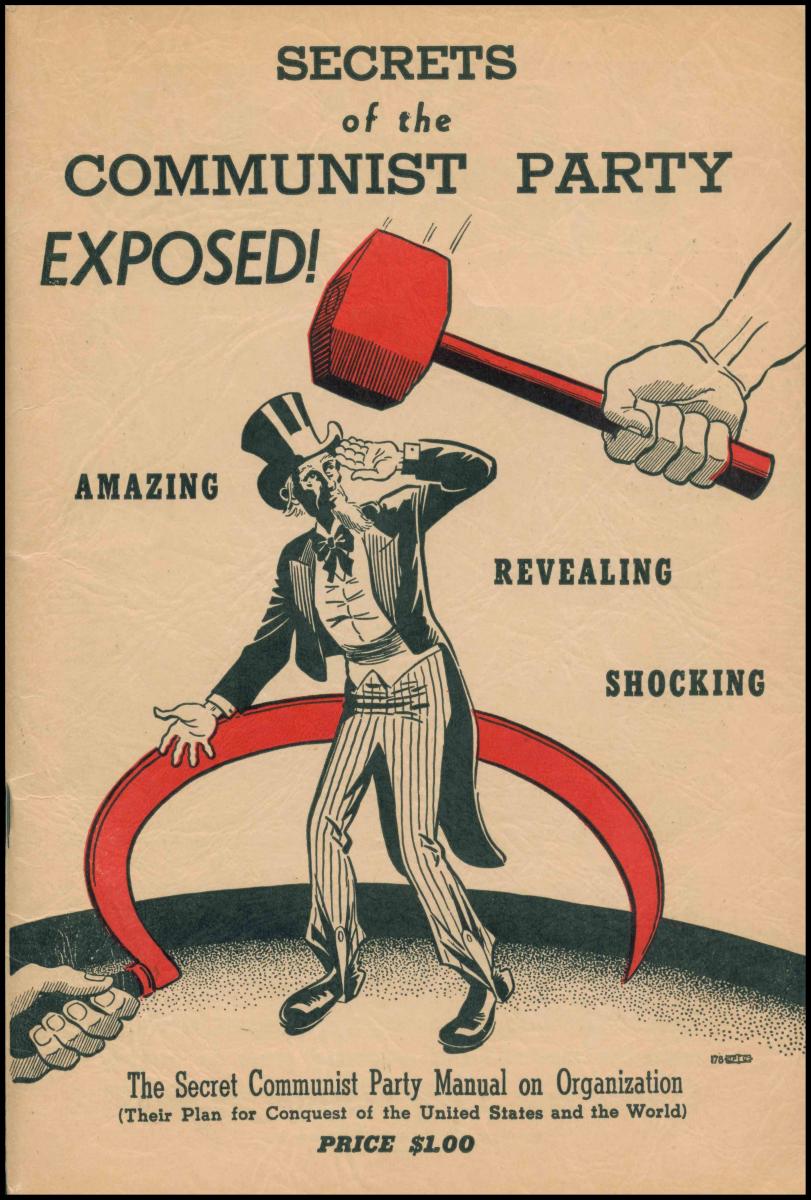 The other item I will include from the manuscript collection is representative of a larger selection of items. The photo below is of a group participating in “Congressional Insight.” Congressional Insight is a computer simulation created by NAM in the mid-1980s to give participants a look into the daily lives of Congressmen and Senators. Participants are divided into teams – up to eight teams – and assigned a fictional freshman congressman. Each team is given a biography of the congressman, a demographic analysis of the district, and a summary of his or her prior policy positions. It is then up to the team to decide from several options what the congressman should do in a variety of situations.

The computer analyzes the consequences of the decision, detailing the simulated reaction of national and local media, party officials, legislative colleagues, lobbyists, and public opinion. The simulation ends with the congressman’s first reelection campaign when the decisions determine whether he or she is returned to office. 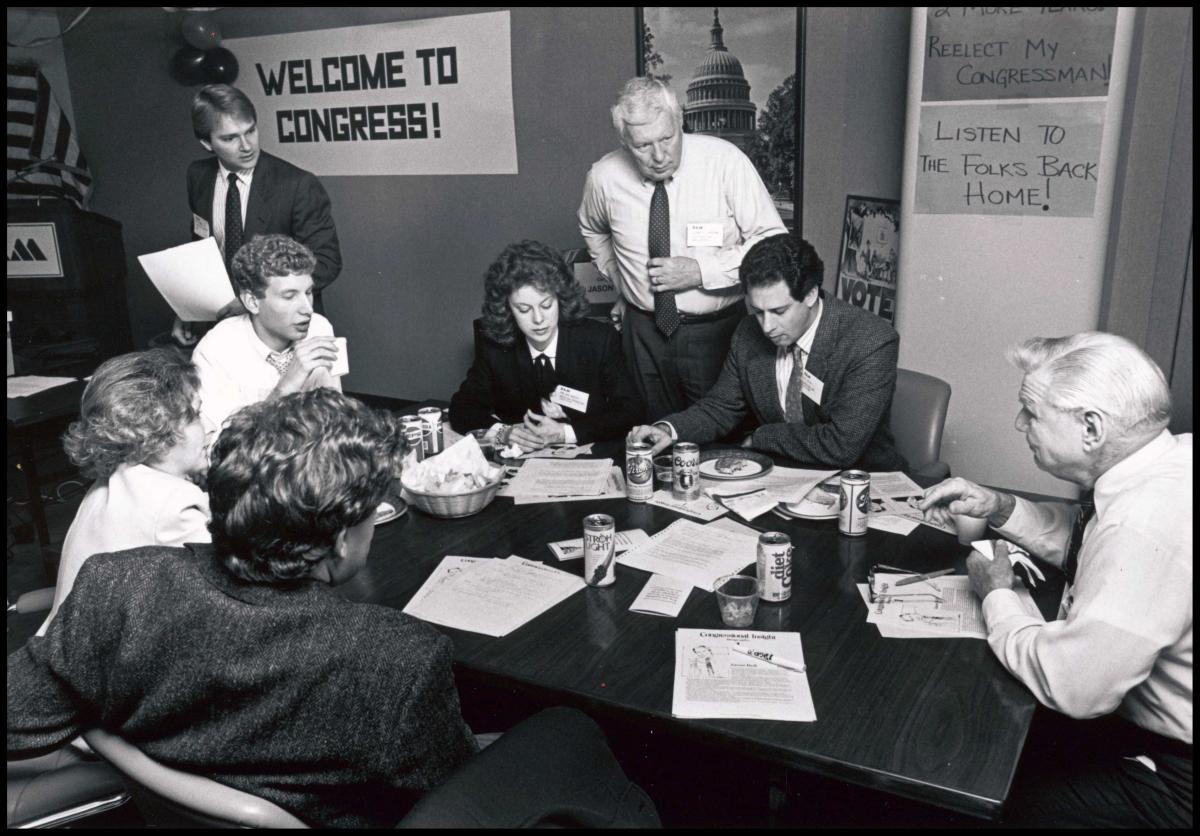