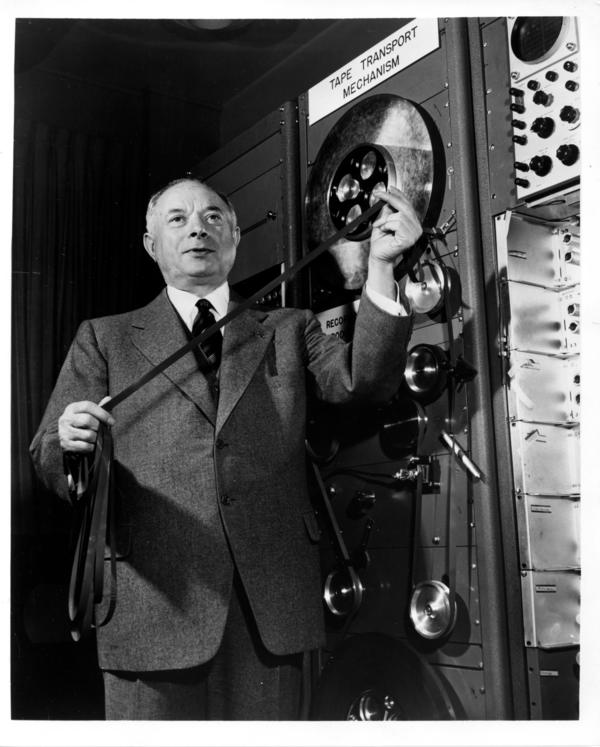 During the past three years of the project, I’ve posted about the life of David Sarnoff, imagining the internet (or something similar) in 1968, and RCA’s role in the space race, among other topics. However, this final post is more reflective. Reflective of the project as a whole that is, not so much a personal reflection (I’ve had to do enough of that for job interviews recently).

What is the Collection?

When the David Sarnoff Library in Princeton closed in 2009, it donated nearly 3,000 linear feet of archival material and publications to Hagley. Most of the archival collection consists of research records, papers of individual scientists, audiovisual material, and electronic records that document the pioneering research and development conducted at the David Sarnoff Research Center (DSRC) and other Radio Corporation of America (RCA) facilities from the early days of RCA to the DSRC’s operations under SRI International from the 1980s into the 21st century.

The David Sarnoff Library collection also includes the original David Sarnoff Collection, assembled by Sarnoff and his staff to document his remarkable career that included leading RCA for nearly forty years. This formed the core of the Library when it opened at the DSRC in 1967. Another major strength of the collection is the extensive advertising, promotional literature, and technical manuals for RCA products from the Radiolas of the early 1920s to the VideoDisc in the 1980s.

What a Processing Project Involves

Viewed from the outside, only a few people may seem to be involved in large processing projects such as this one. After all, there are only two project archivists. Even adding the six interns who wrote blog posts drastically understates the number of people involved. In fact, including project archivists, regular staff, interns, and volunteers; more than thirty people across Hagley’s Library and Archives Division contributed directly to the success of the David Sarnoff Library Collection Processing Project.

Of course, none of this work would have been possible without the people who worked with the collection when it was in Princeton or the over one hundred individuals and companies who donated to the collection.

We are grateful to all who worked on and contributed to the collection which is now open in its entirety for research. Twenty detailed finding aids comprising the David Sarnoff Library Collection are available online, along with tens of thousands of individually cataloged reports and publications in the library catalog.