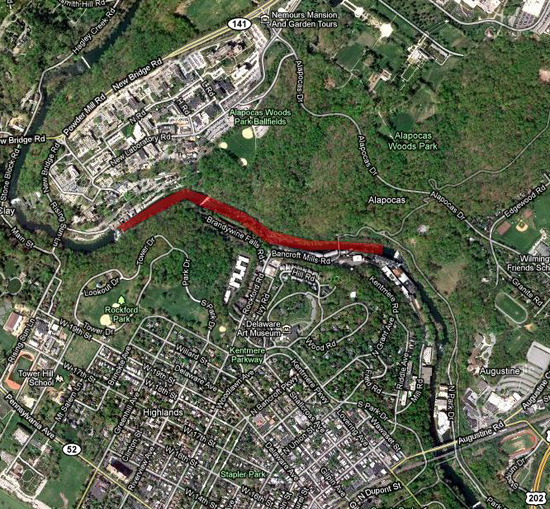 Summary: The Hodgson brothers established their machine shop at Rockford during the War of 1812. They later moved part of their operation to Simsville Mill, where they were co-owners of the textile firm John Siddall & Co. They also continued to operate their "Brandywine Foundry" at the Rockford site, where fourteen blacksmiths operated seventeen water-powered lathes.George Hodgson & Brothers made machinery for a variety of Brandywine firms, including Duplanty, McCall & Co, Charles I. du Pont & Co., E. I. du Pont de Nemours & Co., and Charles Willson Peale's Belfield Cotton Mill in Philadelphia. The Hodgson brothers dropped out of their partnership with John Siddall & Co. in 1817 and left Simsville Mill. The Rockford site continued to operate until the company moved to a site along the Brandywine tributary Pancake Run around 1822.