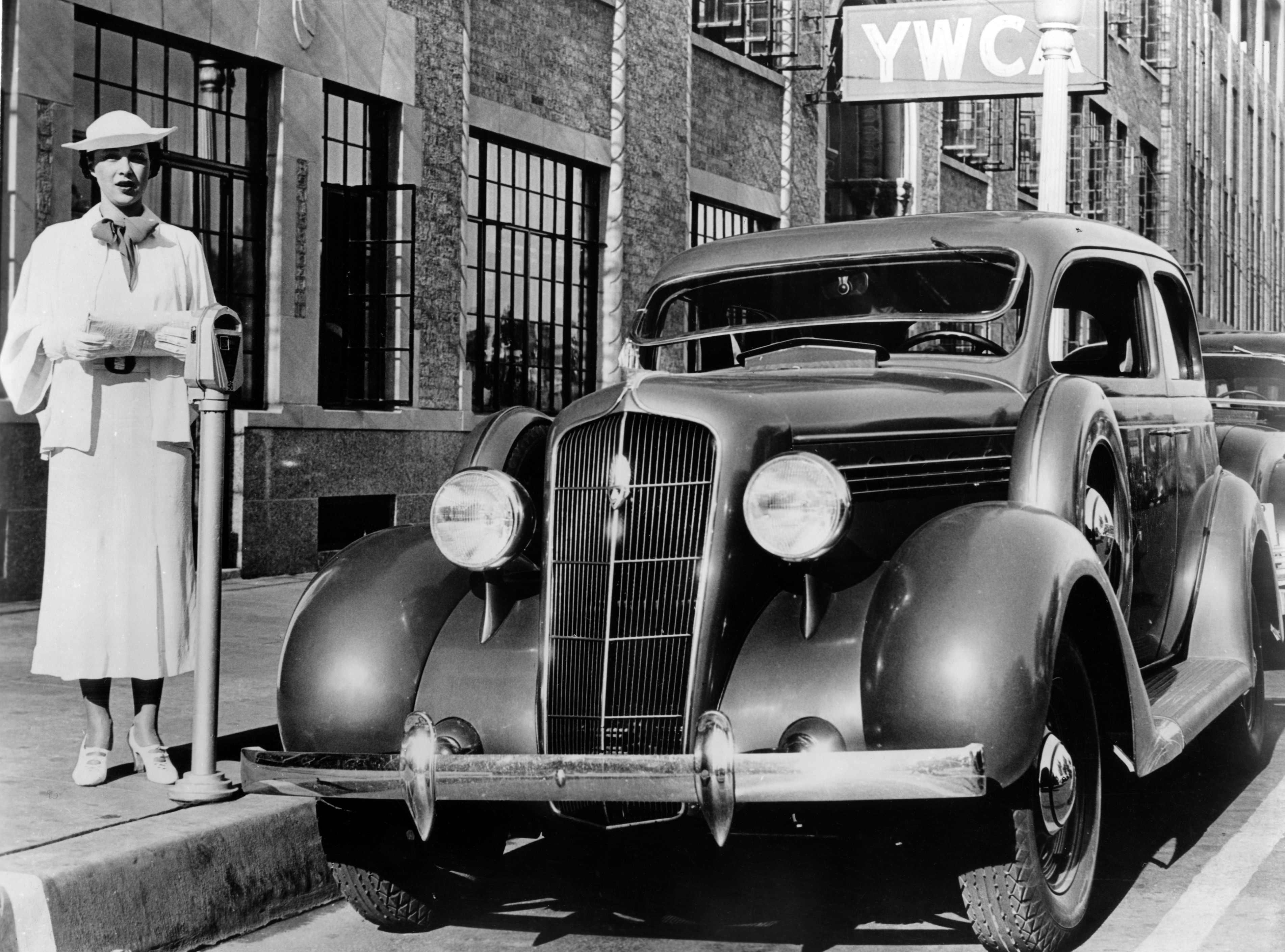 On this date, May 24, in 1938, the U.S. Patent Office granted patent No. 2,118,318 to Carl C. McGee, a newspaper reporter and editor and founder of the city's Oklahoma News. The patent was the third of its kind - the first was issued in 1928, but inventor Roger W. Babson never pursued manufacturing his device.

The 1938 patent, for a coin controlled parking meter, was the culmination of years of work for McGee, who had applied for the intellectual property rights years prior, on May 13, 1935. He was first inspired to create the device in 1932 after being appointed as the chair of local Chamber of Commerce's Traffic Committee and tasked with devising a solution to parking woes created by the city's ballooning population of automobile drivers.

While McGee was able to devise a crude model in 1932 that was eventually also granted a patent (the second of its kind), this early model was unsuitable for working use. McGee recruited the assistance of Oklahoma State University Engineering Department professor H. G. Thuesen and his former student Gerald A. Hale and, in 1933 the three contracted with the Tulsa-based MacNick Company to manufacture 175 meters for installation on fourteen blocks throughout the city's downtown.

The meters, first trademarked using the name "Dual" before being rebranded as "Park-O-Meter", were administered by McGee's Dual Parking Meter Company. Upon delivery of the completed models, the world's first modern parking meter was installed at First Street and Robinson Avenue on July 16, 1935.

Within the decade, McGee's device had been adopted by other cities and had inspired similar inventions, including one from fellow resident of the city Percy C. Gumm, who introduced the Park-O-Later in 1936. By the early 1940s, the nation's cities played host to over 140,000 metered parking spots. After World War II, the Dual Parking Meter Company was sold to an Ohio firm and McGee reincorporated as the Magee-Hale Park-O-Meter Company.

This ca. 1935 photograph, taken outside the city's YWCA at 320 NW First Street (now Park Avenue) shows one of McGee's meters at work. Text associated with the image reads:

Oklahoma City has devised a new method of enforcing its parking regulations in the downtown section and at the same time, adding to the city's revenue. Miss Emmalle Jarvis is seen just as she prepares to put a nickel in one of the curbside parking meters after parking a Plymouth sedan. The meters are installed at 20 foot intervals along the curb and a nickel entitles the motorist to 15 minutes to an hour parking time, according to the condition of the zone. A clock like device ticks off the minutes and makes it easy for traffic cops to check up on erring motorists.

Nation’s Business was a monthly publication from the Chamber of Commerce of the United States, a private lobbying group representing American business interests. The Chamber used the publication to inform the business community about commercial trends and to solidify political support around key positions on government policies regarding business and economic life.

Nation's Business is call number f HF1.N38 in the Hagley Library's Published Collections Department; our holdings cover all the years of its publication (1912 to 1999), with most volumes included in their entirety. All of the issues in our collection from 1915 on have been digitized - you can view them online now by clicking here or view a digital collection of Chamber of Commerce of the United States photographs, videos, and publications by clicking here.