We're taking flight this #TravelTuesday and brushing up on our airline etiquette after a long year on the ground ... 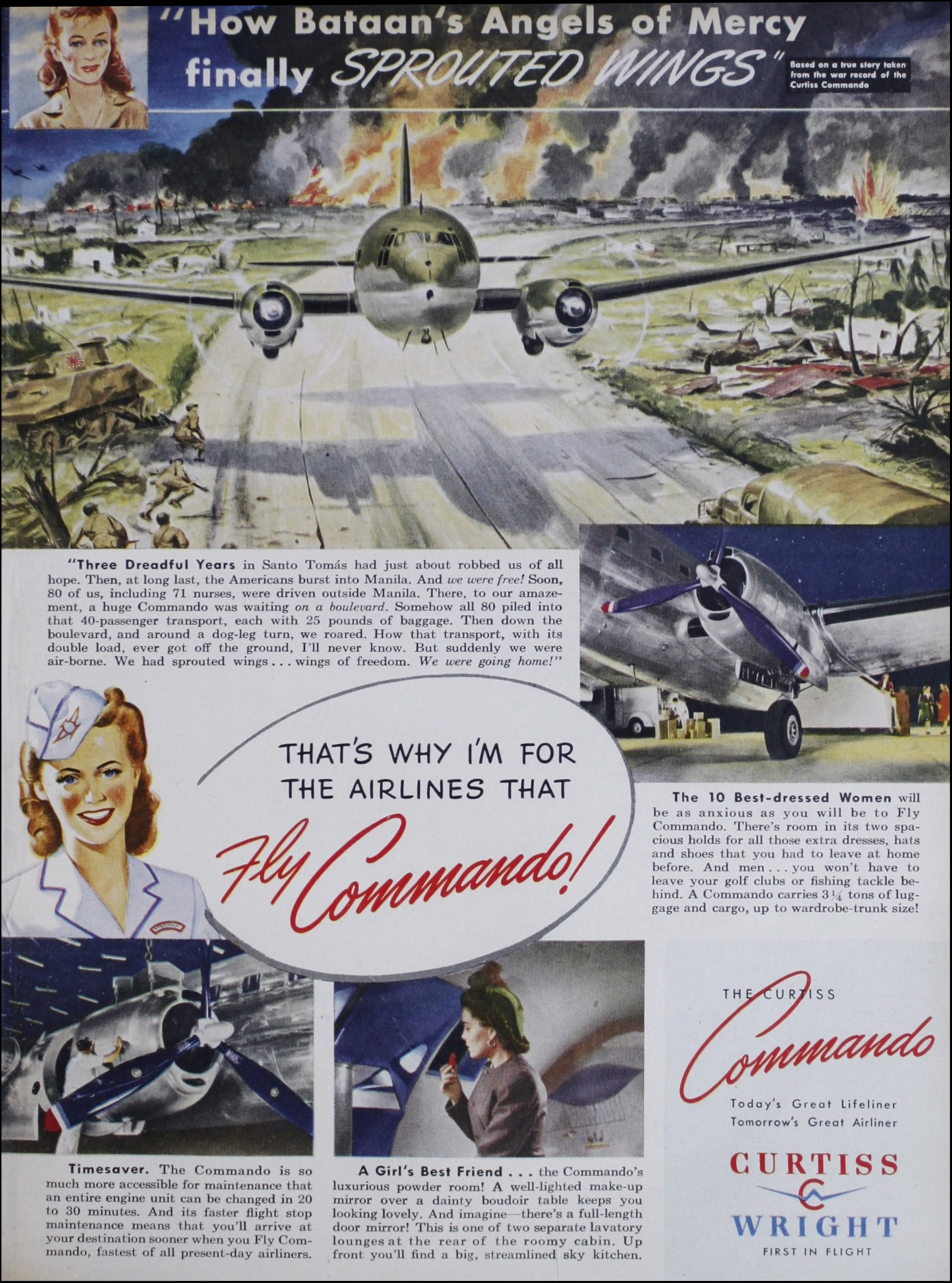 We're taking flight this #TravelTuesday and brushing up on our airline etiquette after a long year on the ground.

This magazine advertisement was made by the Curtiss-Wright company to promote its Commando airliner. The Commando, a 36-seat twin-engine transport plane that the company began developing in 1936, was expected to be a passenger aircraft when it made its debut flight in 1940. But it was primarily used by the United States military for transport during World War II.

Curtiss-Wright attempted to market the planes as passenger aircrafts in the post-war era, but the aircraft was the largest and heaviest twin engine plane of its day, and its resulting high operating costs meant that their use would largely be limited to cargo transport and ongoing military use.

Of the more than 3,000 Commando aircraft built by the Curtiss-Wright Company, 100 are still extant today. While many have been retired and are now on display at aviation museums worldwide, a few continue to perform active service, while others are airworthy, but take flight on rare occasions for airshows and museum events.

This advertisement is from an August 1945 issue of Nation’s Business, a monthly publication from the Chamber of Commerce of the United States. The Chamber, a private lobbying group representing American business interests, used the publication to communicate its messaging to its subscriber base in the business community and solidify support around key positions on government policies regarding business and economic life.

Nation's Business is call number f HF1.N38 in the Hagley Library's Published Collections Department; our holdings cover all the years of its publication, with most volumes included in their entirety. All of the issues in our collection from 1915 on have been digitized - you can view them online now by clicking here.