In the late nineteenth century, the brewing industry experienced sharp dissention from the Temperance Movement, whose adherents opposed drunkenness on moral grounds, and fiercely advocated outlawing all forms of alcoholic beverages. The movement gained so much support that in 1920, Congress passed the Eighteenth Amendment, banning the manufacture, sale, and transportation of intoxicating beverages, including beer. While some breweries survived Prohibition by switching to the manufacture of soft drinks or non-alcoholic beer, most brewing businesses failed and never re-opened after the repeal of the Eighteenth Amendment in 1933. 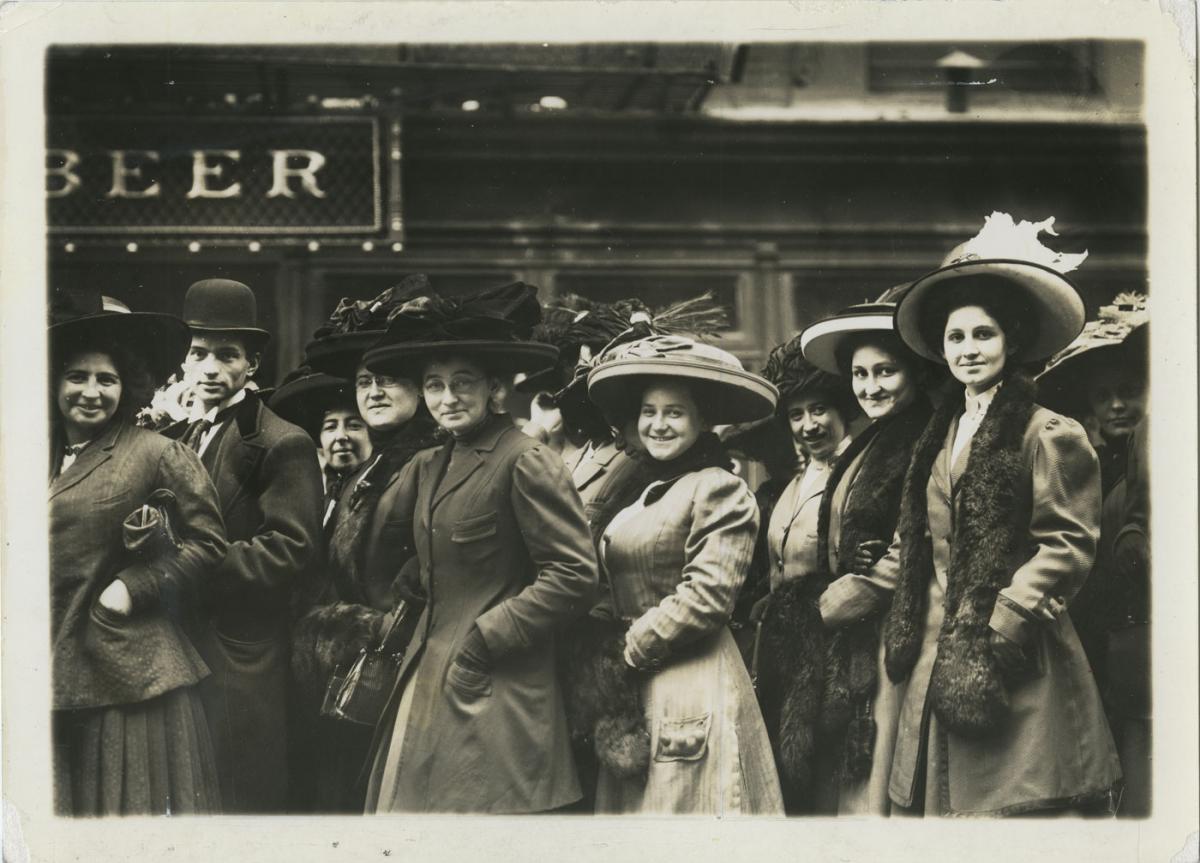 View in the Hagley Digital Archive

Published by the United States Brewers' Association just four years before the passage of the Prohibition Amendment, this yearbook includes articles written by brewers arguing against the Temperance Movement's claims that consumption of alcohol leads to crime. 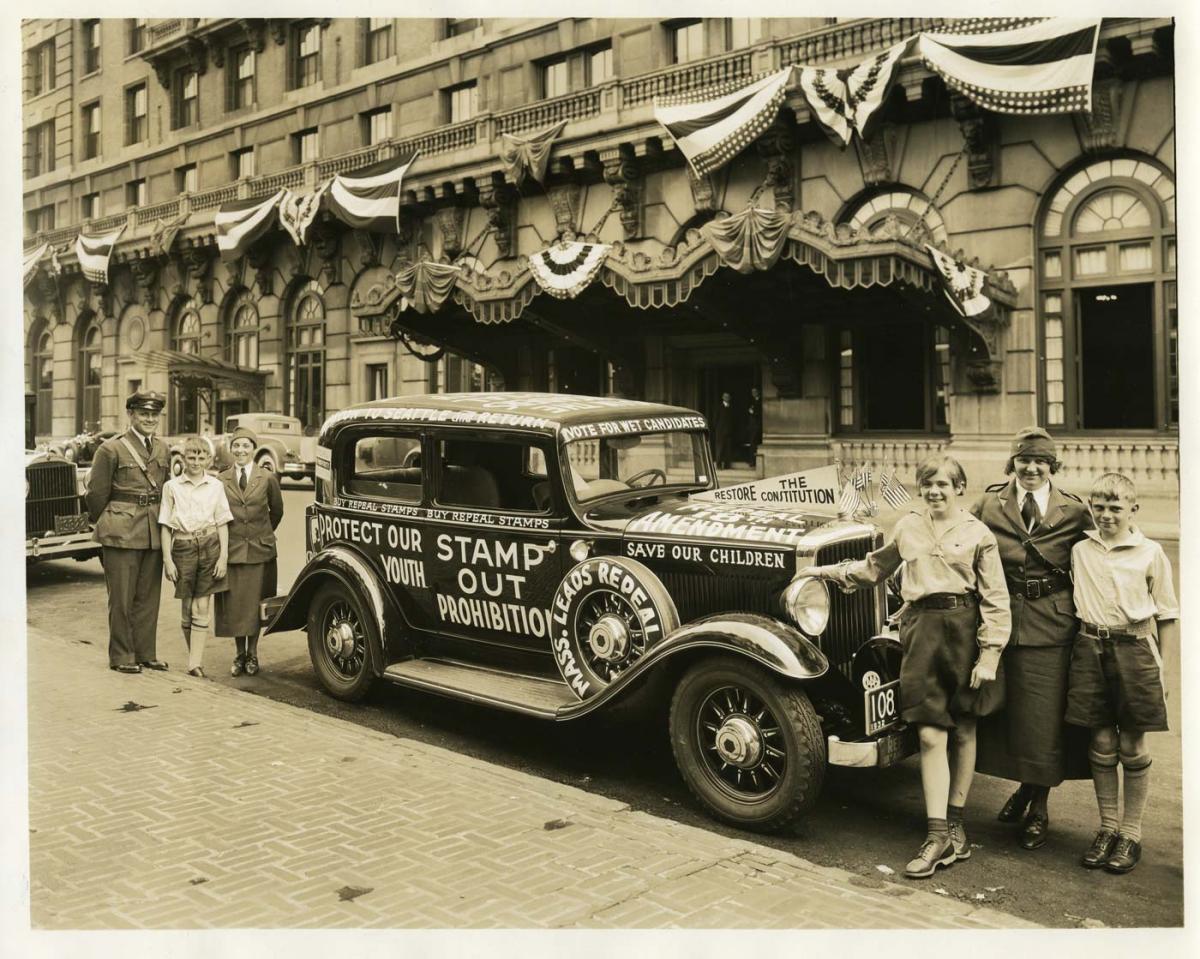 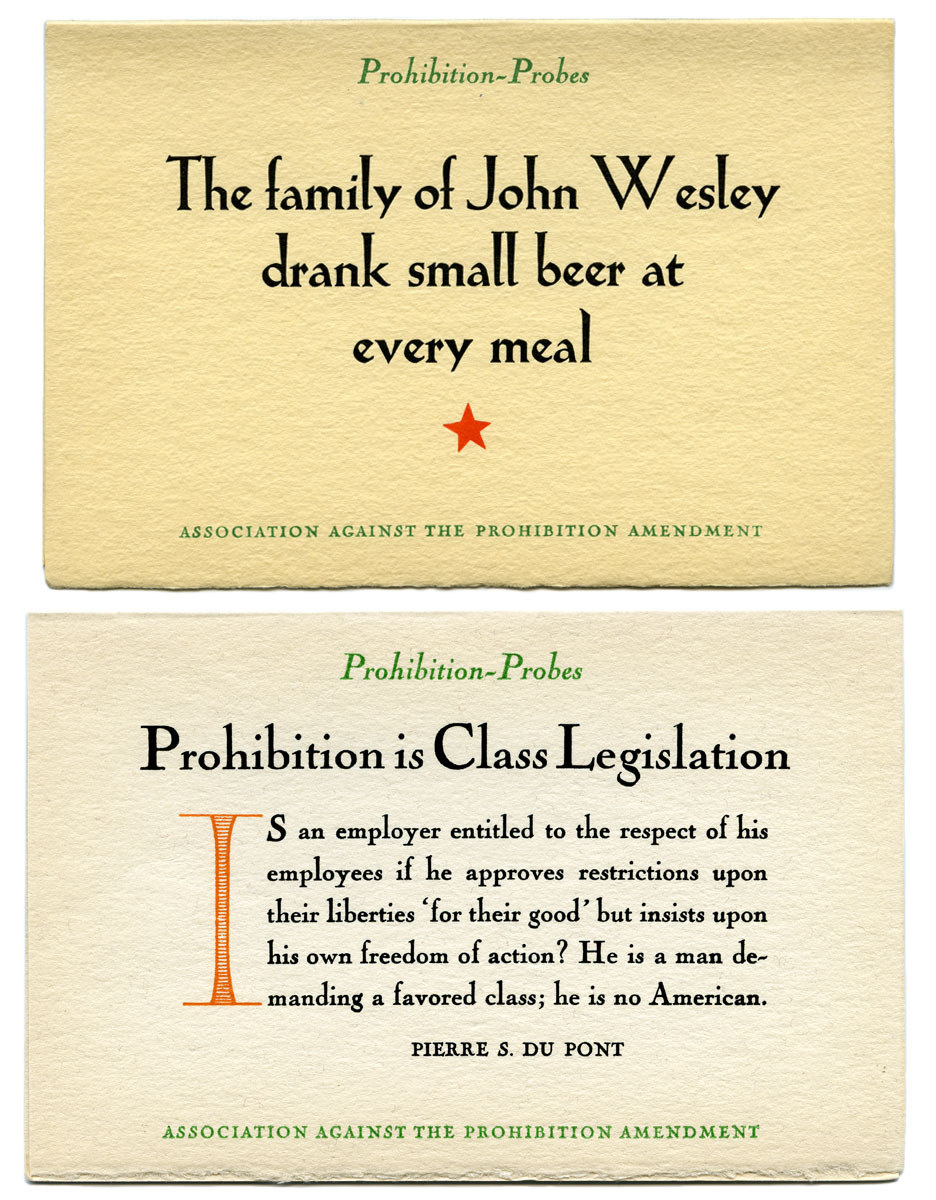 "The family of John Wesley drank small beer at every meal"
Prohibition-Probes
Association Against the Prohibition Amendment
ca. 1930

Text from top card: "The family of John Wesley drank small beer at every meal"

Text from bottom card:
"Prohibition is Class Legislation
Is an employer entitled to the respect of his
employees if her approves restrictions upon
their liberties 'for their good' but insists upon
his own freedom of action? He is a man de-
manding a favored class; he is no American.
Pierre S. du Pont" 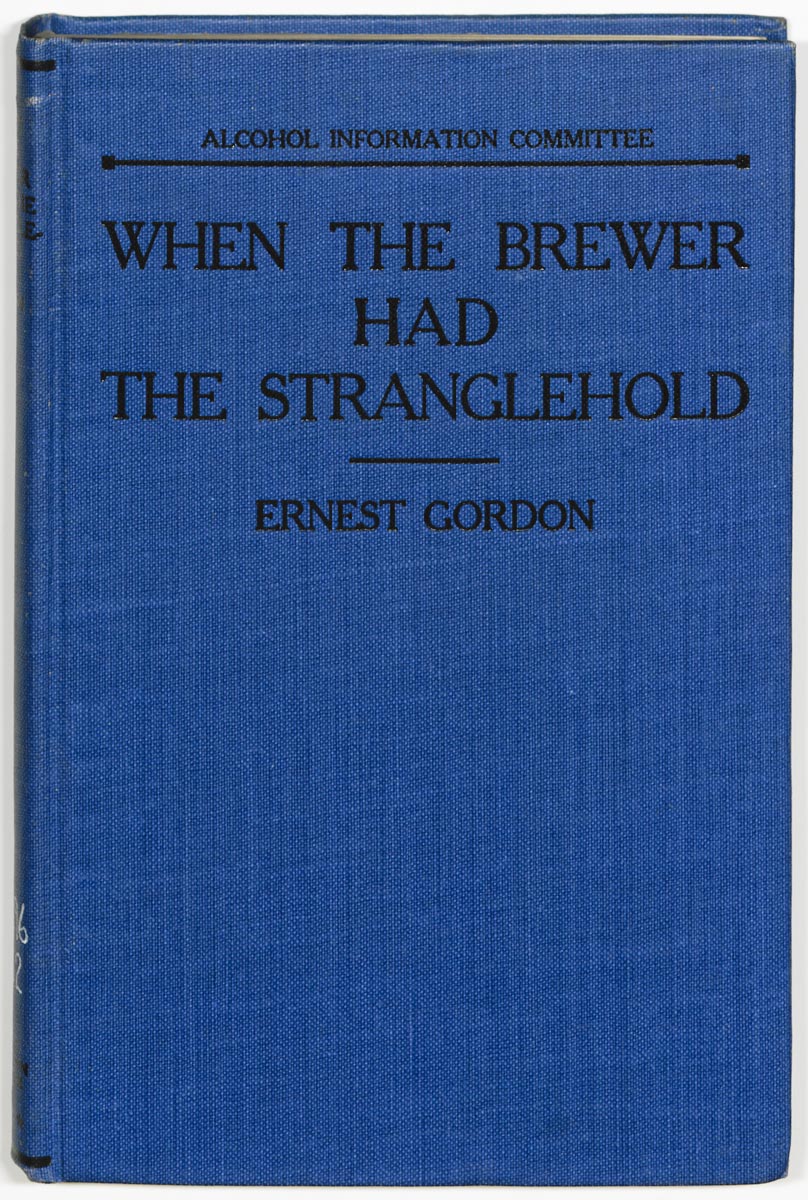 When the Brewer had the Stranglehold
by Ernest Gordon
1930

Anti-Prohibition sentiments were on the rise when Ernest Gordon wrote When the Brewer had the Strangleholdin 1930. Published just three years before Congress would ratify the amendment ending National Prohibition,this book seeks to rally Prohibition supporters with reminders of the "dark times" prior to the passage of the Eighteenth Amendment. Gordon blames brewers for any number of social problems aflicting America before Prohibition. 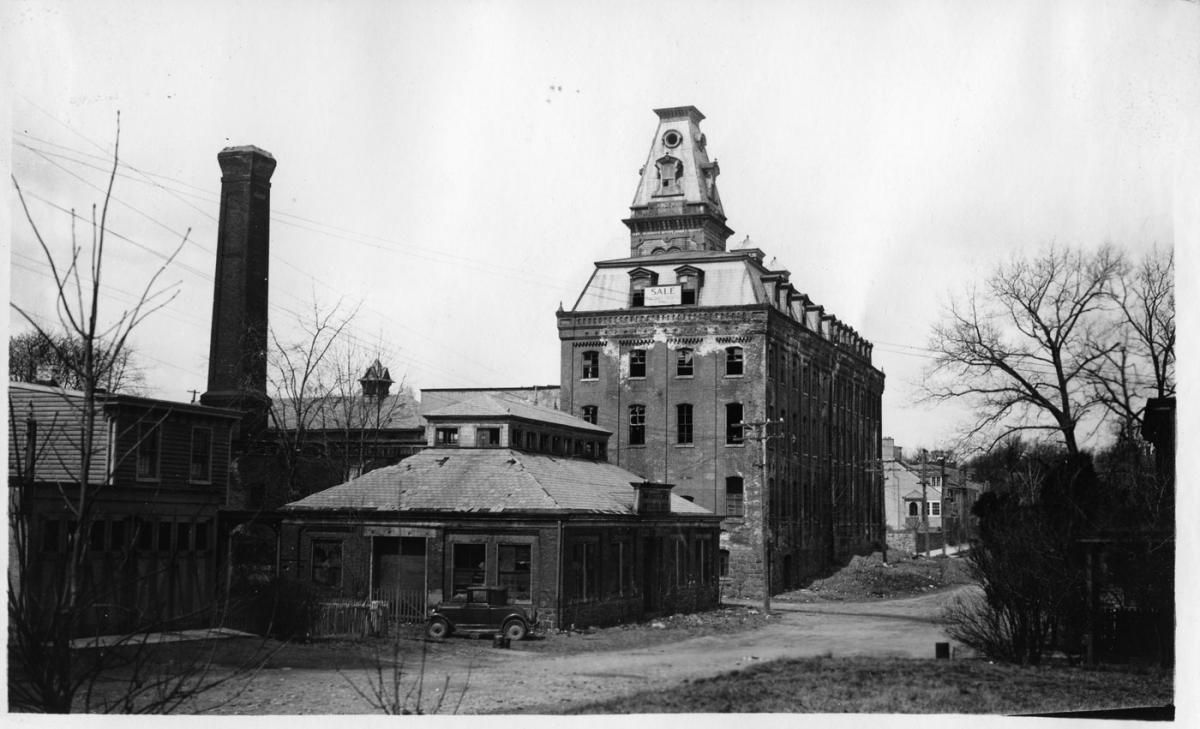 Yet another victim of National Prohibition, the Hartmann & Fehrenbach Brewery sits empty and for sale in 1933.

With National Prohibition came the collapse of much of the brewing industry in America. Once one of Wilmington's largest breweries, the Hartmann & Fehrenbach Brewery sits empty and for sale in 1933.

View in the Hagley Digital Archives 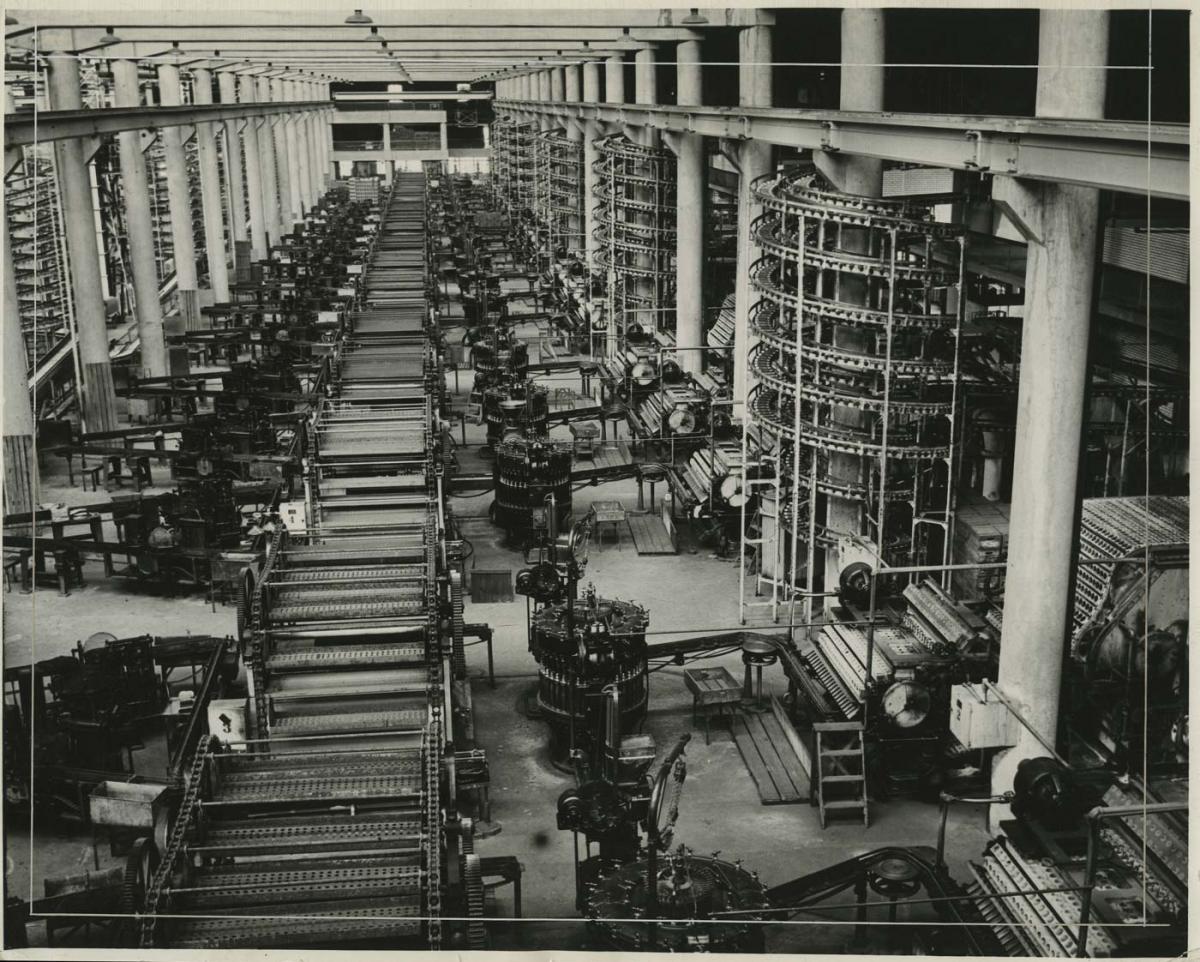 Machinery at the Anheuser Busch Brewery is kept in working order in anticipation of the repeal of Prohibition.

Text from back of photo: "Thousands of dollars in beer-making machinery which now rests idle in St. Louis' largest breweries are prepared to comply with any modification in the Volstead Law which may allow them to again employ a multitude of people for a renewal of pre-Prohibition activity. With but a fraction of their units in operation the Anheuser Busch breweries hope to be able to use this idle equipment and are prepared to begin doing so at a moments notice. Here we have a general view of the huge bottling room. It is kept in excellent condition and is prepared to start the making of "beer for taxation."" 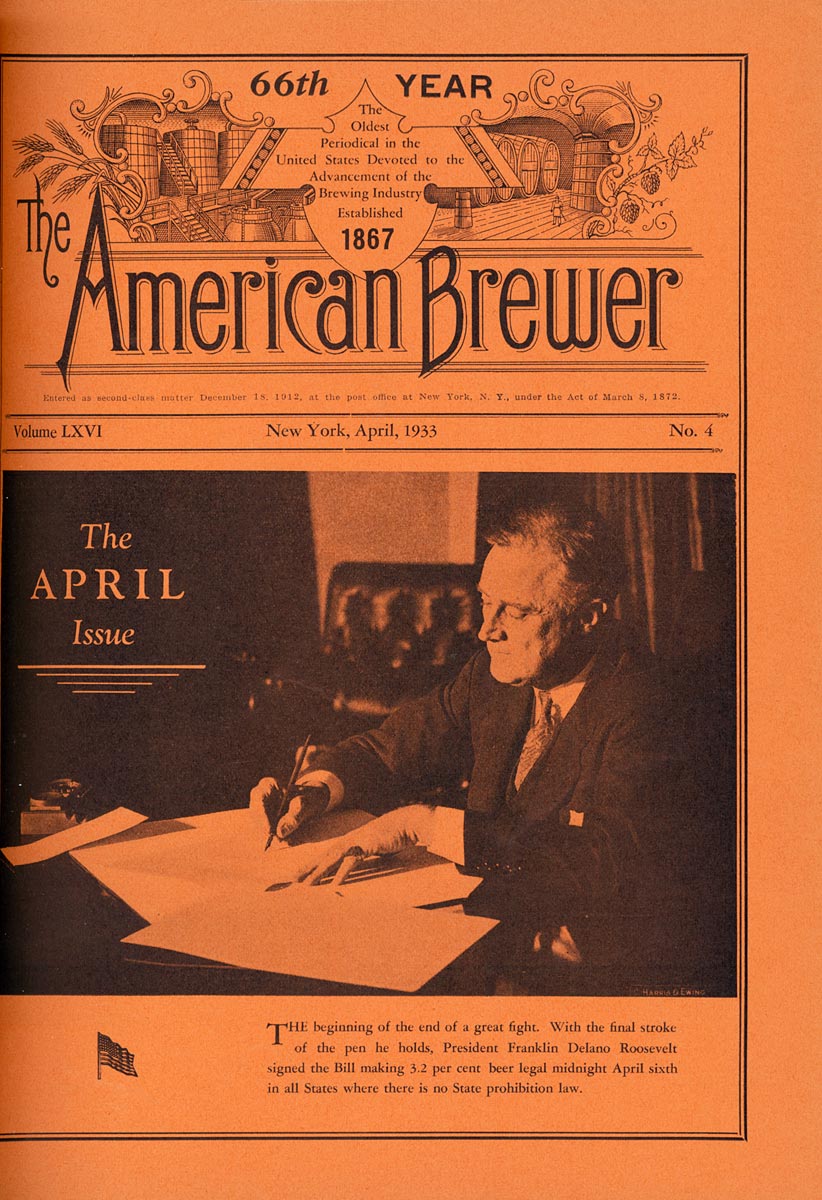