The story of the 1955 Ford Thunderbird catalog is actually the story of two catalogs. The rarer of the two was thought to have been destroyed by the Ford Company when they modified the design of the car after producing the sales literature but prior to production of the car. Z. Taylor Vinson heard a rumor of the rare catalog but only confirmed its existence when he obtained two copies of it at an antiques show in the 1980s. 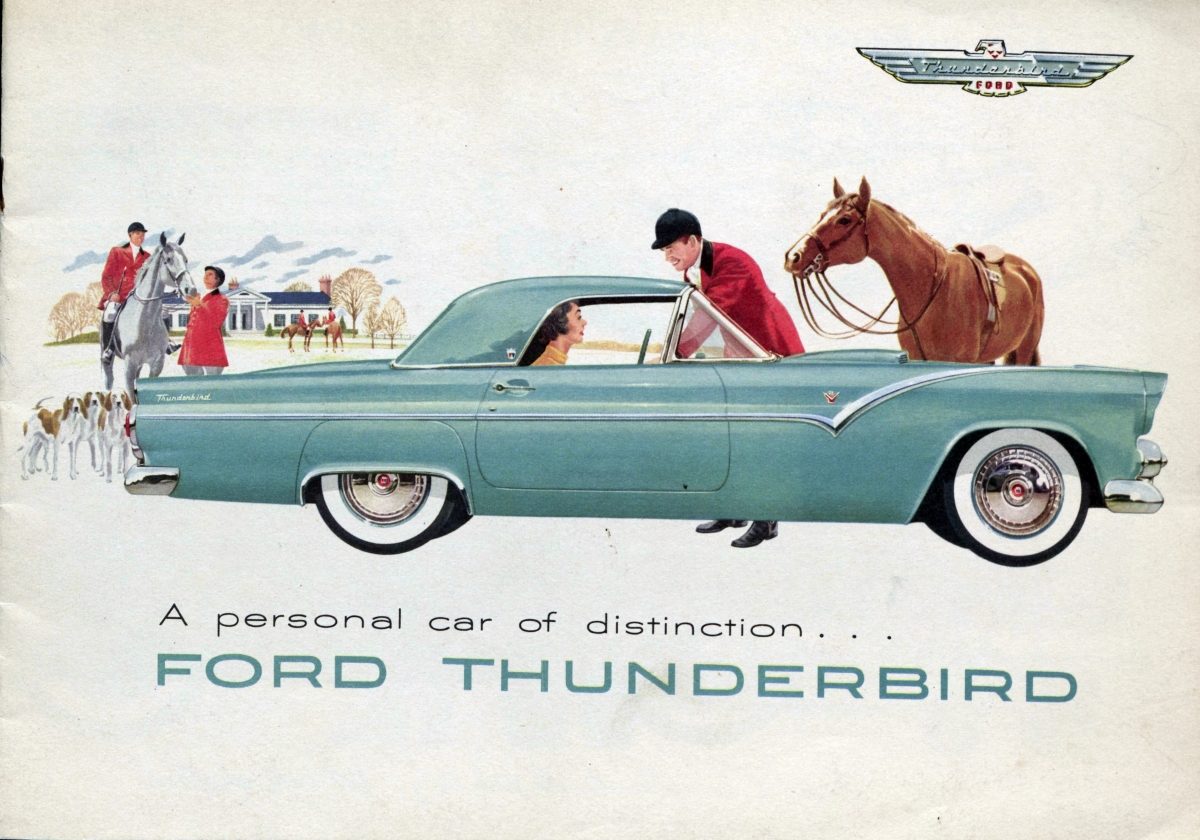 The cover of the 1955 Ford Thunrderbird catalog

The chrome spear seen running along the side of the car in the catalog above was dropped from the design when it went into production. All copies of this catalog were reportedly destroyed, making this item among the rarest in Vinson's collection.

Read how Vinson explaned its acquisition and signifigance in his unpublished "Auto-biography"::

When Ford announced its sensational Thunderbird in '54, the prototypes bore a chrome spear on its sides which began at the headlamp, swooped down through the front fender, started upwards, and continued horizontally through the door and fender to the rear. This motif was repeated on the '55 Ford passenger cars but was dropped from the T'bird when it went into production.

Somewhere along the way I heard a rumor that there was literature showing the car with the spear, but I never saw any. One Sunday in the early '80s, I was at home when a local friend with no interest in cars, John Rison Jones, telephoned to say that he'd returned from an antiques show at the D.C. Armory where he'd come across a man who was selling what he claimed to be a rare Thunderbird catalogue. There could only be one piece that deserved the term, so I immediately went over to check it out. But it was true. What's more, there were two of them, and two or three page proofs. The man knew what he had, because he wanted $100 each for them.

According to him, Ford had ordered all copies destroyed, and these were the only ones saved. I bought both, and he threw in the page proofs, gratis. I was awed to own the world's supply of something. Once home, I phoned [well known automobile literature collector and Vinson colleague] Bob Tuthill who'd never seen the piece. As I was negotiating with him for a $1,200 1934 Packard Custom Cars catalogue, he agreed to credit me $400 towards it for the second catalogue (I never really considered destroying it so that I would have the "only" one in captivity). Later, I sold the page proofs to [collector] John Robinson for $50. He said he'd heard that there were as many as 8 catalogues that were saved, but Bob Tuthill, Jim Petrik, and I seem to be the only collectors who have them.

The cover for the 1955 Thunderbird catalog (without the chrome spear) that went into production: 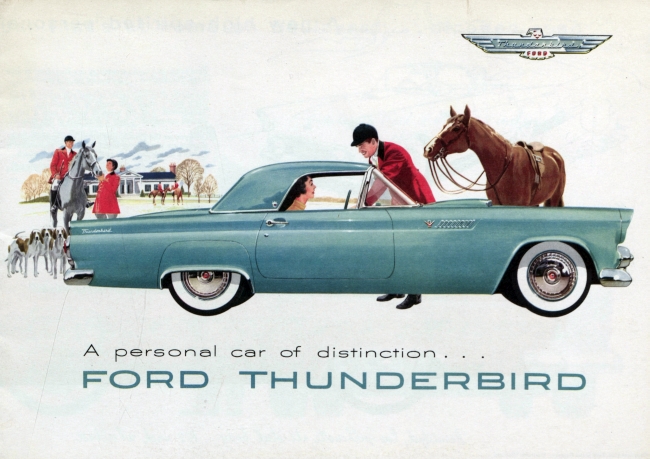 Questions or comments? Please email us at askhagley@hagley.org.