The Dangers of Transporting Powder

One of the most frustrating difficulties of doing business for the DuPont Company was getting gunpowder into the hands of its customers. Shippers did not want to handle goods that could potentially kill them, and gunpowder's inherent dangers prompted many municipalities to enact strict regulations for its handling and storage. 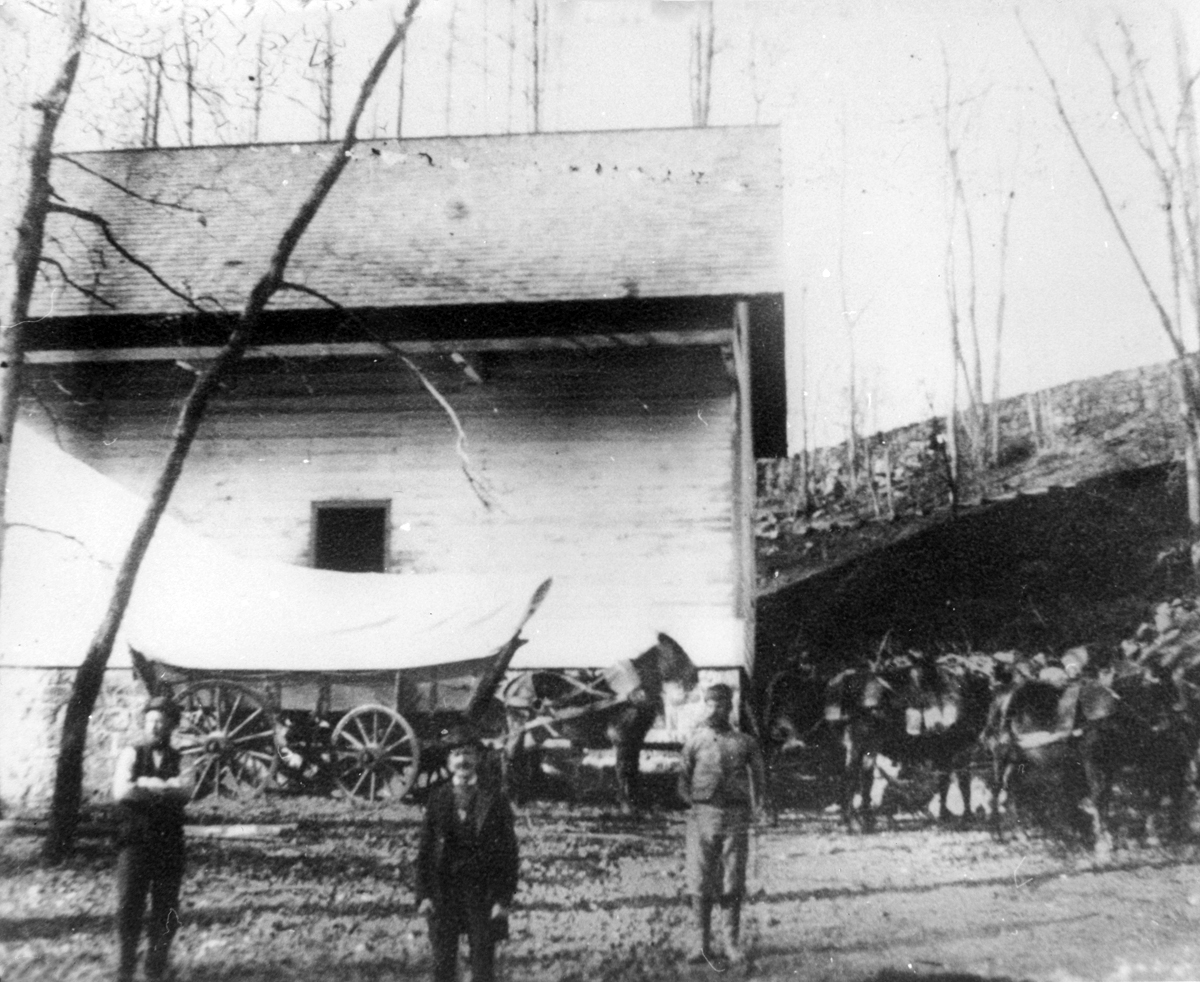 Gunpowder magazine in Lower Hagley Yard, ca. 1890. Magazines such as this one were used to store gunpowder before shipment, Hagley Digital Archive.

Philadelphia, for example, required all incoming gunpowder shipments to be checked in and stored at a city-operated magazine on the Schuylkill River. Powder owners were allowed to take out only a small amount at one time. Violators of the rules often faced punishments such as heavy fines and loss of their business licenses.

DuPont initially tried to circumvent these regulations by secretly transporting powder to merchants via wagon. DuPont would also label boxes that went on ships as other goods, such as books or glass. By the 1820s, DuPont abandoned this practice due to the risk of detection or an accidental explosion. Following the rules also, in DuPont's estimation, helped build goodwill with local authorities.

The Fear of Gunpowder 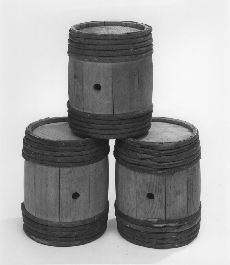 Even when the companies like DuPont obeyed all regulations, people remained apprehensive about the presence of explosives in their communities. Warehouse owners in port cities were often reluctant to let the Company store gunpowder in their buildings until it could be shipped out.

This caused quite a problem for DuPont. Without storage facilities, the company had to make sure that powder wagons and transport vessels arrived at docks at the same time so that the gunpowder could be immediately loaded. Any delay on the prt of either teamsters or ship captains meant that DuPont had to haul their powder back to the factory and wait for another ship.

Unfortunately, few if any images exist to show the actual devastation that occurred in Wilmington on May 31, 1854. However, gunpowder explosions were not uncommon during the 19th century, and many photographs showing the damage caused by later accidental explosions do exist.

The images and articles displayed in the photo gallery below are intended to illustrate the extent of destruction that gunpowder explosions can cause and how this damage affects more than just powder yard workers.

Read More About The 1854 Explosion: 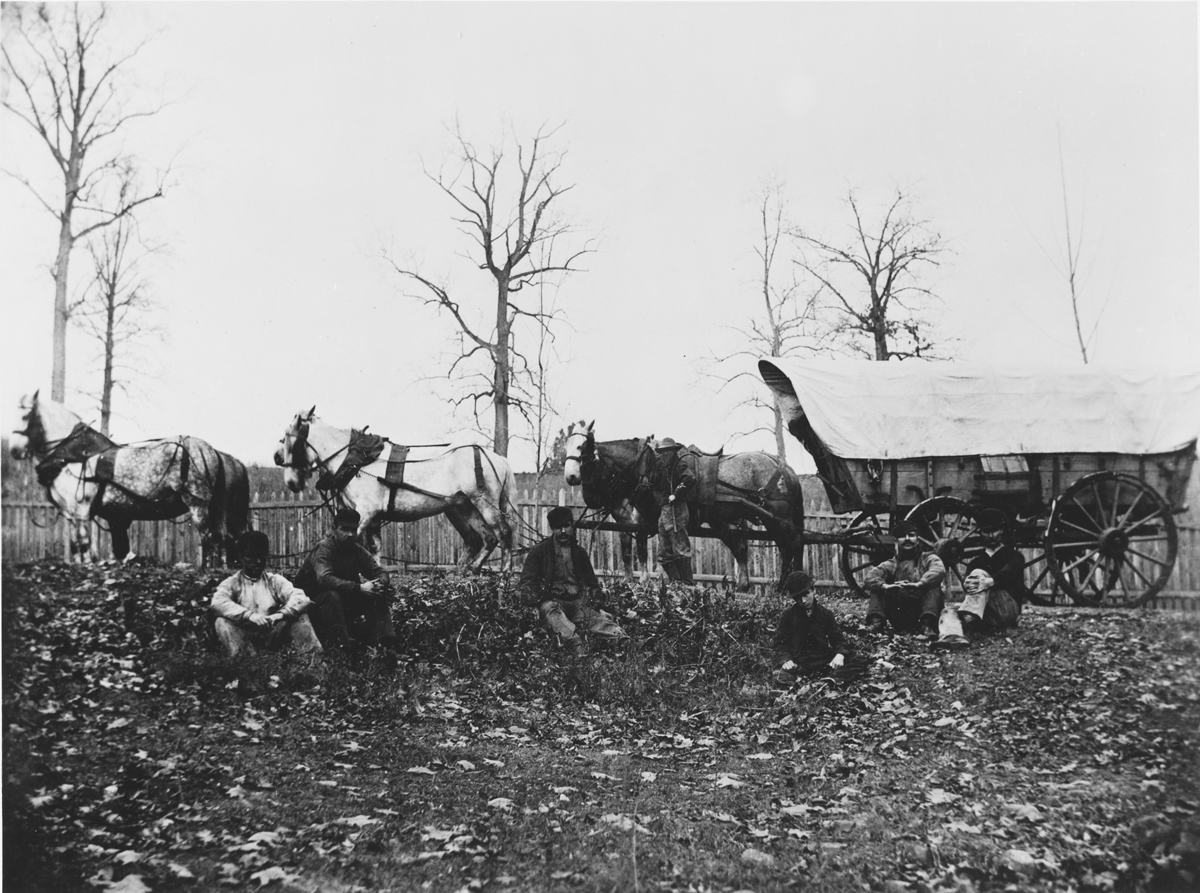 DuPont's wagons often hauled gunpowder directly through densely populated areas in order to reach port facilities. Trains of DuPont powder wagons en route to docks on the Delaware and Christina Rivers became a common sight on the streets of Wilmington, Delaware. Although Wilmingtonians were not exactly thrilled about vehicles full of explosives traveling through residential neighborhoods, nobody voiced serious opposition to the practice. 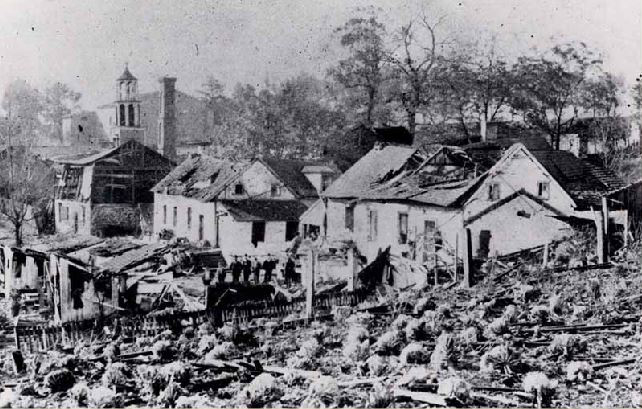 On May 31, 1854, three of DuPont's wagons carrying 450 kegs of powder (11,250 pounds) exploded on 14th Street in Wilmington. The explosion instantly killed the wagons' drivers, two bystanders, and fourteen horses.

It also demolished or severely damaged all nearby buildings, destroyed a significant portion of 14th Street, and crushed water and sewer pipes beneath the street.

Angry citizens demanded that both the DuPont Company and its owners be brought to justice for causing such devastating destruction in their city.

Excerpt from the handwritten account of the 1854 explosion in Wilmington by Francis Gurney du Pont between 1860 and 1885. 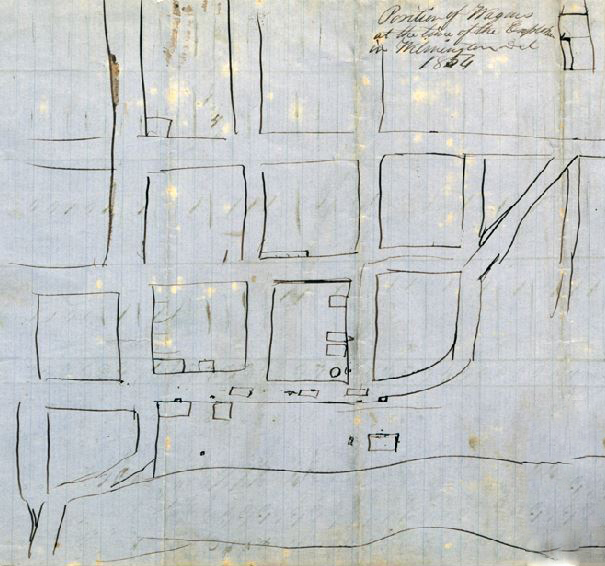 No charges were brought against DuPont for the explosion. An investigation failed to determine a definite cause for the blast. Lammot du Pont, a junior partner in the company, speculated that the drivers' carelessness, leaky gunpowder kegs, or a stray spark from a factory caused the accident.

The DuPont Company made restitution with the community by cleaning up the rubble, rebuilding houses and other buildings, and reimbursing people for losses resulting from the explosion. 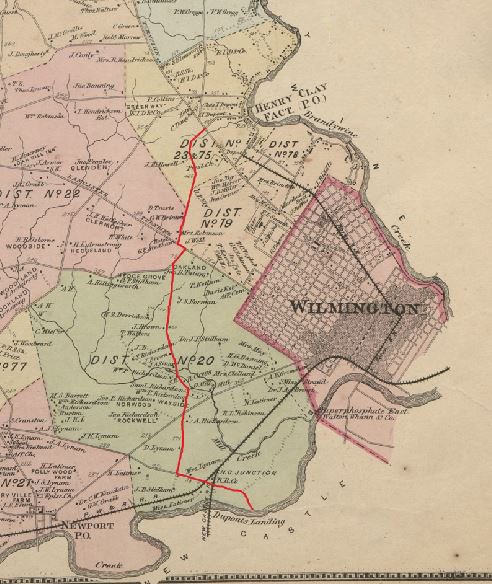 Map of Wilmington indicating the location of DuPont Road (in orange). From Atlas of the State of Delaware by D.G. Beers.

The City of Wilmington responded by passing a law forbidding the transportation of gunpowder anywhere in the city. Cut off from their routes to the city's docks, DuPont decided to build its own wharf on an isolated section of the Christina River.

The Company also built its own road to the Christina wharf, called the DuPont road, that circumvented the city. DuPont used its new road and dock facilities as the chief means to transport gunpowder to its customers.