E. I. du Pont de Nemours and Company was originally organized in Paris on 21 April 1801. Its initial capital was $36,000 in eighteen shares of $2,000 each. The articles of association authorized Eleuthère Irénée du Pont to purchase land, build a gunpowder mill, and administer the company's business.

E.I. du Pont purchased property on the Brandywine Creek in Delaware from Jacob Broom in April 1802. He began construction of the powder mill and a home for his family the following summer. Eleutherian Mills, as du Pont called the factory, commenced operation in the summer of 1803. 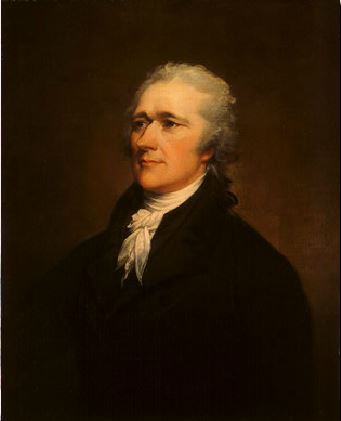 He tried, unsuccessfully, to convince the Delaware legislature to exempt members of the du Pont family from the law restricting aliens from owning land.

Hamilton also handled a conflict with Jacob Broom, from who du Pont purchased the land to build Eleutherian Mills. Broom attempted to pressure du Pont into purchasing all of his property on the Brandywine by building a dam upstream from the powder yard and limiting the flow of water.

Hamilton informed E.I. du Pont that a landowner had rights out to the middle of waterway if it bordered his land. E.I. responded by buying the water rights of the landowner across from Broom's land and destroyed his half of the dam, thus securing the water's access to his mills. 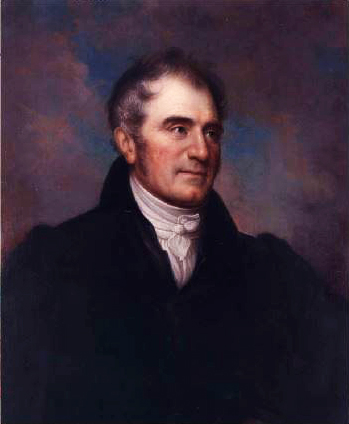 Frenchman Eleuthère Irénée du Pont de Nemours established a gunpowder works along the banks of the Brandywine near Wilmington, Delaware, in order to capture part of the growing American market for explosives.

E. I.'s studies with chemist Antoine Lavoisier and work in the French government powderworks at Essones enabled him to bring a wealth of experience to this business venture.

Du Pont chose to build his factory in the Brandywine Valley to take advantage of the area's abundant water powder and proximity to ports.

E. I. du Pont drew up the specifications for his factory and managed all of the necessary operations for making gunpowder, preparing the ingredients, and getting the finished product ready for shipment. 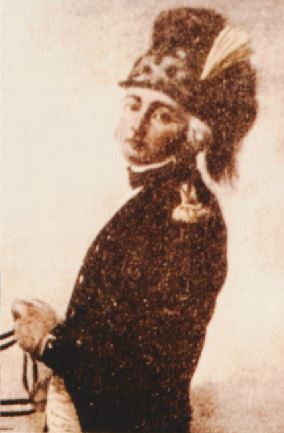 Pierre Bauduy came to America following the Haitian Revolution and established himself in a community of French emigres in and around Wilmington, Delaware.

He became involved with E. I. du Pont through Col. Louis Toussard, who was a mutual friend.

Bauduy quickly became interested in du Pont's plan for a gunpowder factory and encouraged E. I. to build in the Brandywine Valley. Bauduy also helped du Pont find and purchase land, bought stock in the company, and connected du Pont with Archibald McCall.

He was an important shareholder for E. I. du Pont's company. On August 25, 1802, he became a full partner, gaining two shares in the company, three of the eighteen shares of the profits, and a 2.5% commission on sales.

During the first years of the company, Bauduy corresponded with agents and customers to handle company powder sales while E. I. spent much of his time overseeing operations at the powder mills.

By 1807, Bauduy expected E. I. to consider him a partner in the company. E. I.'s refusal sparked a long-lasting dispute between Bauduy and the company that was resolved through litigation in 1819. 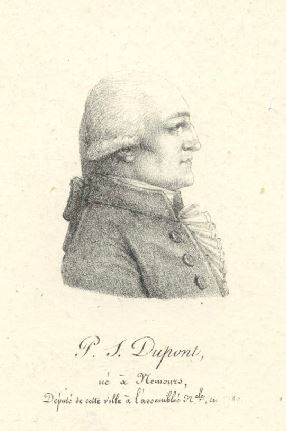 Pierre Samuel du Pont de Nemours (1739-1817), the patriarch of the du Pont family in America, was a noted French Physiocrat and economic advisor to Jacques Necker and King Louis XVI.

P. S. du Pont and his family emigrated to the United States to escape the turmoil caused by the French Revolution. There his son E. I. du Pont established the gun powder manufactory E. I. du Pont de Nemours and Company.

P. S. du Pont and his wife returned to France in 1802, where he held various government posts under Napoleon. In 1814 he became a member of the provisional government which deposed Napoleon and exiled him to Elba.

Upon Napoleon's return, P.S. du Pont again fled to America. He died at the home of his son Eleuthère Irénée du Pont in Delaware on August 7, 1817. 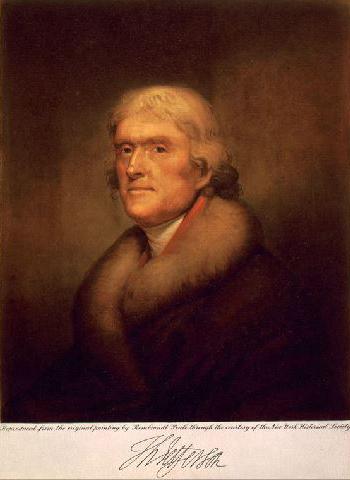 Jefferson met P. S. during his tenure as Minister to France (1784-89). As the two discussed politics, philosophy, and other related matters, they found they had much in common and became fast friends. Jefferson was later overjoyed to learn of P. S. du Pont's relocation to the United States.

Pierre Samuel provided Jefferson with advice and information following the Treaty of San Ildefonso (1 October 1800), which transferred the Louisiana territory from Spain to France. Concerned that access to the port of New Orleans and navigation of the Mississippi River would be cut off and that there might be a war between France and the United States, Jefferson asked P. S. to look over dispatches to the American Minister in France and advise him on proper course of action.

P. S. used his connection with Talleyrand, Madame de Stael, Napoleon Bonaparte, and others in the French government to help broker the United States' purchase of the Louisiana territory. Jefferson returned the favor by asking Secretary of War Henry Dearborn to place orders for gunpowder with the fledgling E. I. du Pont de Nemours and Company. Dearborn obliged by purchasing 22,000 lbs. of powder for use against the Barbary Pirates, thus initiating a long and profitable relationship between du Pont and the U.S. Government.

Jefferson also purchased powder for his own use at Monticello. 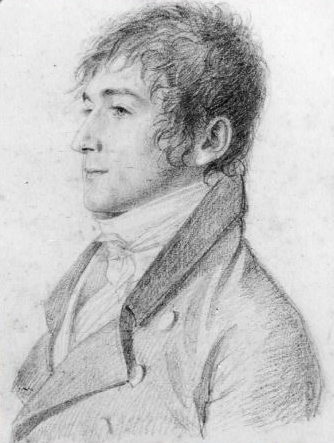 "A firm should be a real family, where individual weaknesses are accepted and controlled, and above all hidden from the public..." 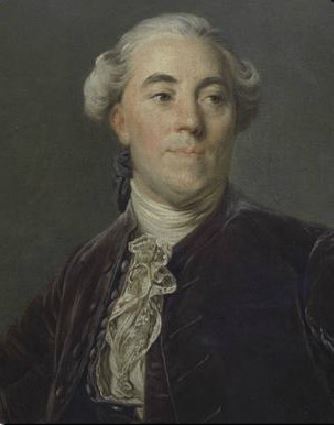 Jacques Necker (pictured) was a French Minister under Louis XVI. His loan of $9,833.40 was treated as five shares for Pierre du Pont de Nemour's company. After his death, his daughter called in the loan, causing trouble for E. I. du Pont's company.

Archibald McCall had to convince E. I. du Pont to trust him, since he was an American investor. He wanted at least three shares in du Pont's company. He received two shares, and another $2,000 was transferred from Pierre du Pont de Nemours' company to him in June 1802. In November of the same year, he paid $1,000 to the company. He was a shareholder until September 5, 1803, when his stocks were transferred to Bauduy and his $1,000 returned. From then on, he was a a crucial company agent in Philadelphia.

William Hamon emigrated from Santo Domingo to become a naturalized citizen. He bought the Brandywine mill property on behalf of E. I. du Pont because of a restriction on aliens owning land. He bought a share in the company in June 1803 but was forced to withdraw a few months later. His share transferred to his brother-in-law, Bauduy, on September 9, 1803. 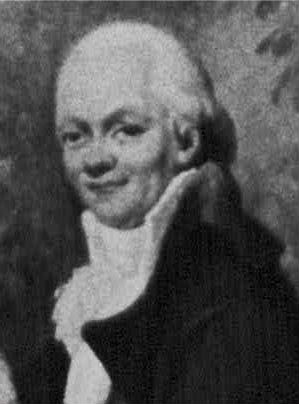 Jacques Bidermann (pictured) was a Geneva-born Paris banker, and the largest investor in Pierre du Pont de Nemours' company. He purchased one share in E. I. du Pont's company, and funded two shares in the name of Pierre S. du Pont's company.

Catoire, Duquesnoy & Co.'s investment stemmed from the long friendship between Pierre Samuel du Pont de Nemours and Adrien Cyprien Duquesnoy. The latter was a shareholder in E. I. du Pont's company until December 31, 1809. The investment was drawn from the profits of a supply of salt.

Louise Necker de Germany was a shareholder in the gunpowder company until his death. His investment passed to his survivors until May 1808, when the share was transferred to E. I. du Pont.