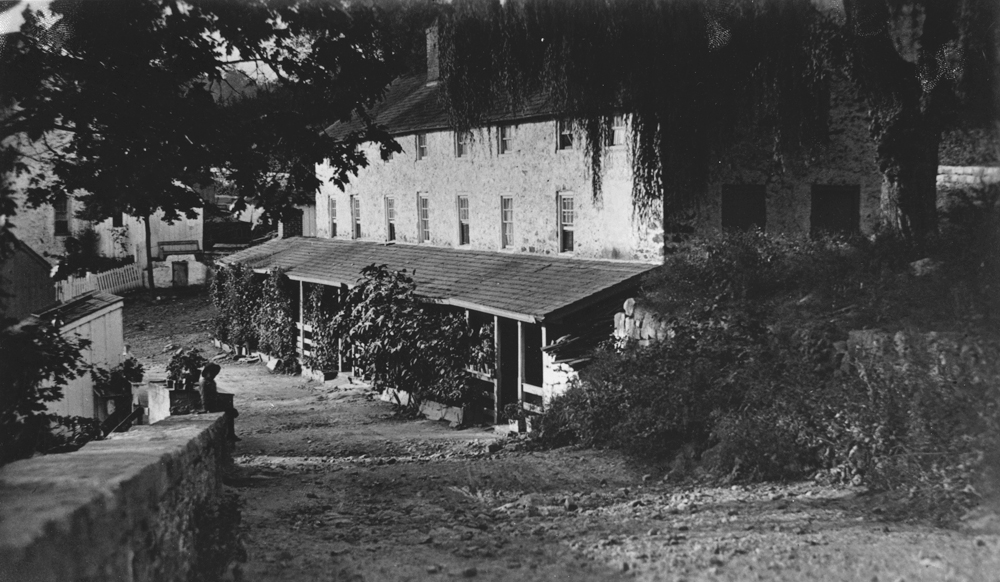 Hugh Stirling was born circa 1821 in Ireland and relocated to Delaware sometime around 1830, presumably with other family members. He began working for the DuPont Company in 1838.

Hugh Stirling lived in one of the DuPont workers' communities in Brandywine Hundred (pictured), which were located on the East side of the Brandywine. He and his wife Ann E. Stirling (b. ca. 1830) had four children.

Stirling initially worked as a carpenter for DuPont. By the mid-1850's he acted in the capacity of a contractor. When a project needed to be done, Stirling did the plans and drawings, made estimates, sourced materials, led work crews, and handled payment for labor and materials. By 1862 Stirling had become the DuPont Company's chief carpenter.

In addition to doing this work for the company, he also contracted his services to individuals and businesses including members of the du Pont family and the Rokeby textile mill. Stirling completed numerous jobs for Sophie Madeleine and Samuel Francis Du Pont, including fabricating gates, painting, repairing damage from powder yard explosions, and the complete renovation of Upper Louviers (S. F. Du Pont's house) in 1858-59.

Hugh Stirling continued doing independent work throughout the time of his employment with DuPont.