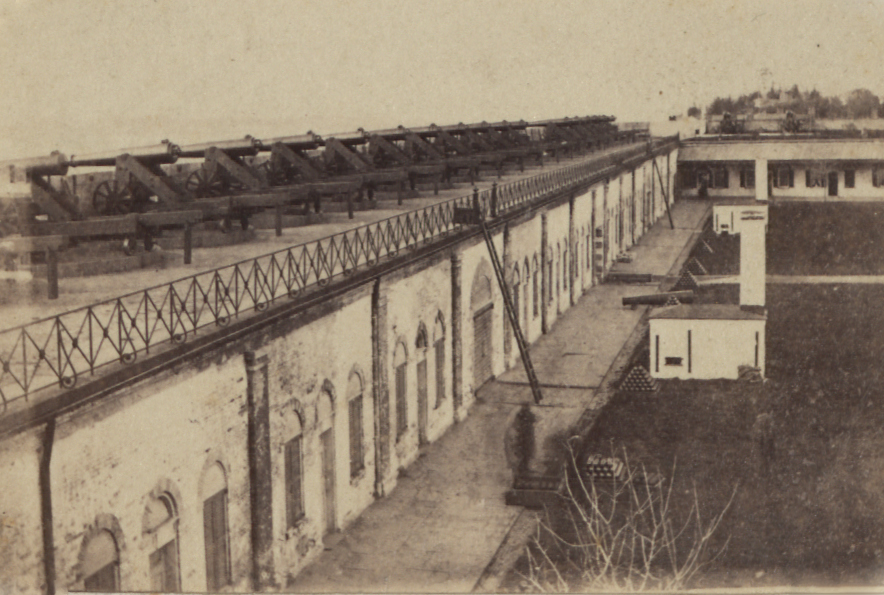 Richard D. Wende entered the U.S. Army on 9 September 1863 in New York, New York. A recruiting officer named Captain Bankhead enlisted the 16 year old Wende, who was a native of Posen, Germany. His enlistment papers listed him as being 5' 3" tall with blue eyes, light colored hair, and fair complexion. Army officials assigned Wende to Battery B of the 5th U.S. Artillery and sent him to his regiment at Fort Hamilton in Brooklyn (pictured).

By the time Wende reenlisted on 28 February 1864, he had become one of Battery B's three buglers. This time Lieutenant Charles Holman completed the necessary paperwork at the Battery's camp in Martinsburg, Virginia (later West Virginia), signing Wende on for a term of three years.