A "Faithful and Devoted" Soldier 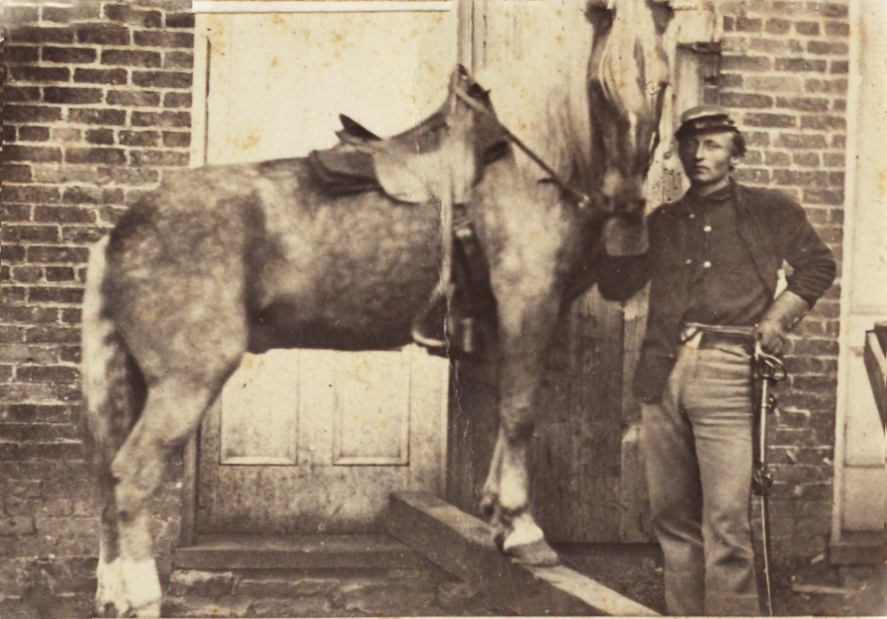 Wende (pictured) also served as an orderly for Captain Henry Algernon du Pont, who acted as Chief of Artillery for the Army of West Virginia during most of the 1864 Shenandoah Valley Campaign. Captain du Pont, being a member of the commanding general's staff, tried to stay near his commander (General George Crook) during combat. This frequently exposed du Pont and his orderlies to enemy fire. Du Pont, Wende, and most members of General Crook's staff had horses shot from under them at the Battle of Opequan (also known as the Third Battle of Winchester, Virginia) on 19 September 1864.

Henry A. du Pont was quite fond of Wende, calling him "the most faithful and devoted of soldiers." Du Pont also noted Wende's bravery and coolness under fire. After the Battle of Cedar Creek, Virginia (19 October 1864), du Pont recalled:

"We were still under a very heavy musketry fire and Bugler Wende, riding just behind me on the turnpike, had his forage cap shot off his head by a Confederate bullet, whereupon he coolly got off his horse, picked up the cap which the impact of the projectile had carried a number of yards to the rear, and replaced it on his head."