The Battle of Cedar Creek 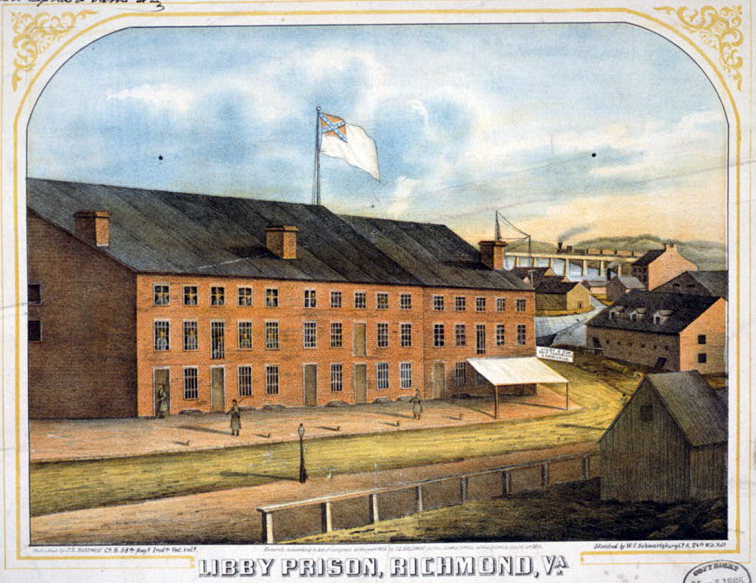 Brewerton received high praise for his part in the Battle of Cedar Creek (19 October). Artillery Chief Captain Henry A. du Pont, realizing that Battery B could be lost during the early morning Confederate surprise attack, ordered Brewerton to load his guns and fire into the enemy as long as possible, then roll the guns into a ravine behind their position. Du Pont told Brewerton that he would have horses and limbers waiting for the battery there that would haul the guns to safety.

Brewerton did as instructed and fired into the oncoming Confederates until the last possible minute, then ordered his men to roll the guns into the ravine. In the ensuing confusion, he succeeded in saving five of the battery's six guns. Unfortunately, he and six other men were captured while trying to get away.

After the battle, Henry Brewerton's Confederate captors sent him south to Richmond, Virginia, incarcerating him at Libby Prison (pictured). Brewerton sent letters out under a flag of truce to let Captain du Pont and others know of his whereabouts and that he was safe and well. He remained at Libby Prison until exchanged in April 1865. Brewerton learned after his exchange that he had been given a brevet promotion to the rank of Captain for his part in the Battle of Cedar Creek.