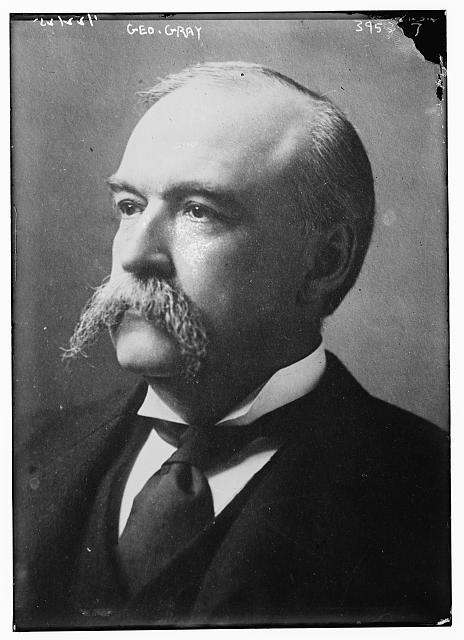 Rowe attempted to obtain a military pension under the provisions of the U.S. Pension Law of 27 June 1890. His first application (filed on 21 August 1891) was rejected on the grounds that his time on active duty did not exceed ninety days, which was the limit set for pensionable service under the 1890 law. Since the 5th Delaware was only in active service from 20 June to 14 July 1863, its members did not qualify.

Rowe submitted a second pension application on 28 April 1893 claiming that his service in the 5th Delaware combined with his time in Stirling's Independent Company put him over the ninety day limit. The War Department again refused Rowe's application on the grounds that they did not recognize Stirling's Company as an official U.S. military unit.

Later in 1893, Rowe tried a third time by arguing that his eligibility for a pension was based on disability. He claimed to suffer from the permanent effects of typhoid fever which he contracted while serving at Fort Delaware. The War Department rejected this submission by stating that although Rowe did contract typhoid, he had not been permanently incapacitated by it.

William Rowe enlisted the aid of George Gray (pictured), U.S. Senator from Delaware (served 1885-1899), to help argue his claim. Despite Gray's advocacy, the War Department again rejected Rowe's application. D. S. Murphy, the War Department's Deputy Commissioner of Pensions, stated in a letter to Gray (dated 2 November 1893) that Rowe had neither been in active service for ninety days nor been disabled by typhoid. Murphy's correspondence with Gray definitively settled the matter of William Rowe's military pension.

Rowe lived in the Henry Clay community until his death on 10 April 1897.